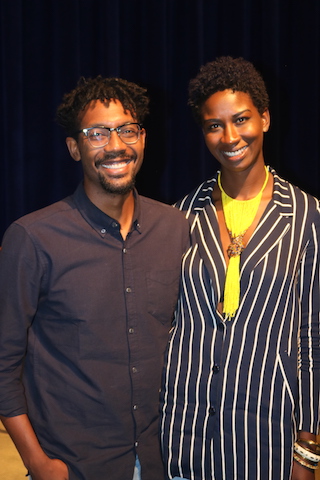 It was the tragic death of unarmed Black teen Michael Brown on August 9, 2014 that rocked the nation and gave rise to one of the most relentless protests of our time. As Brown laid lifeless in a pool of blood for more than four hours, filmmakers Sabaah Folayan and Damon Davis took to the streets, both to protest and document the fervency that rested in the hearts of those tired of being oppressed by police, tired of being oppressed by the system.

Of course, in instances of police brutality preceding Brown’s death, there was little to no visual evidence of wrongdoing at the hands of police. Officers could reconstruct their stories and get off without a slap on the wrist. Mainstream news outlets could piece together propaganda without stating the facts. What made Brown’s death different, however, is that the world was watching in real-time via social media.

This is exactly what the gut-wrenching documentary, “Whose Streets”, developed by Folayan and Davis, capture, real accounts of what occurred in Ferguson, Missouri through the lives of protestors. As we may recall, local Ferguson rapper @TheePharaoh witnessed Brown’s death from his home window, taking to Twitter to document the aftermath as it occurred.  c

Preventing Brown’s story from becoming more than a hashtag, protestors like Brittany Ferrell are seen in the documentary organizing large groups of protestors to block major freeways or lock arms in the face of law enforcement donning gas masks and war-time weaponry. On the flip side, their daily lives are also featured, showing the sacrifices made in the midst of the protest to create a better future for their children. “Even though I might not ever live to see what it looks like, I know what it feels like and that’s what keeps me going,” says Ferrell in the film.

Outside of Brown’s death, the measure taken by Ferguson Police Department to quiet the impact of the marches was extensive. What may have appeared to be mere looters and thieves stealing from local hardware stores and setting a gas station ablaze, the documentary depicts what seems to be a severe attempt by police to back protestors into a corner with rubber bullets, illegal CS smoke canisters, police dogs, and hundreds of cop cars, conveniently fleeing at a time appropriate for unmerited chaos to take place. 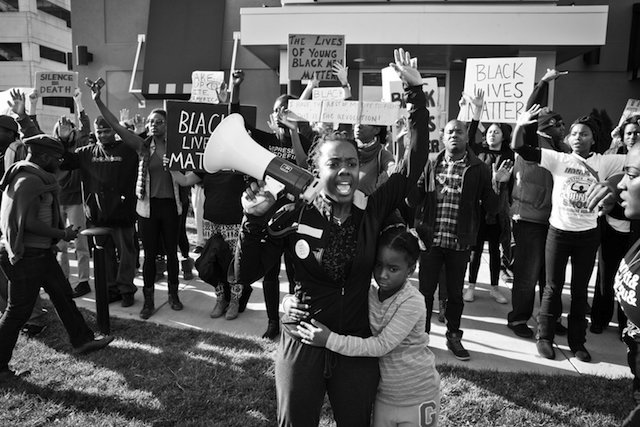 In the eyes of the people who laid their lives on the line for justice, law enforcement “put property over people”. Burned buildings were of greater value than Brown’s life. Folayan says that it was critical to show the documentary from this point of view. “We didn’t make this to try to teach White people about what it’s like to be a Black person under oppression, we made this to reflect the experience of living through this, back to people who lived through it with dignity, and with honor, with beauty,” she said.

Folayan also says that diving full-force into the protest as a filmmaker brought forth insight that was invaluable. “For me, it felt like a huge blessing to have a sense of purpose being out there because you see these things going down right in front of you. Everything in your gut is telling you to either run or just get out of there, or to really put your body in the middle of it and stand up and do something,” she said.

As whispers of “Oscar” worthy nods begin to surround the film, Davis says the true reward is the gratification of those seen fighting for justice. “We didn’t come into it to get on or to do any of those things, we came into it to tell a true story and create a mirror where people would be reflected back,” Davis declared.

Throughout the film, a vehement chant of unity is thrust into the air and carried out to the hearts of social justice activists all over the world. “It is our duty to fight for our freedom. It is our duty to win. We must love and support each other. We have nothing to lose but our chains.”

As the people of Ferguson continue to mold the pieces of their lives back together, Brown’s unwarranted martyrdom is a reminder of what unity looks like in the midst of despair, and of whom the streets belong to. “Whose Streets” premieres in theatres on August 11th. For exclusive interviews with the filmmakers, visit www.lasentinel.net. 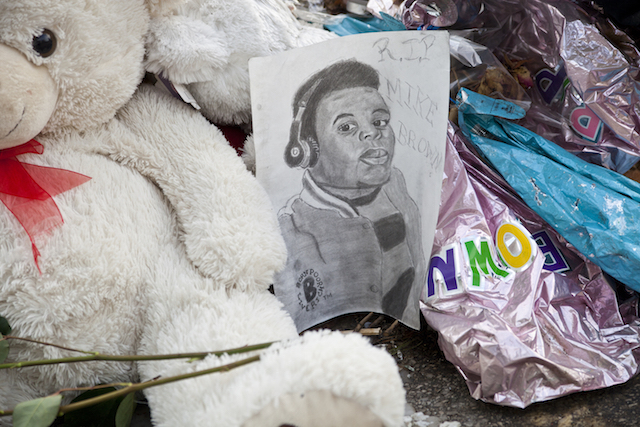 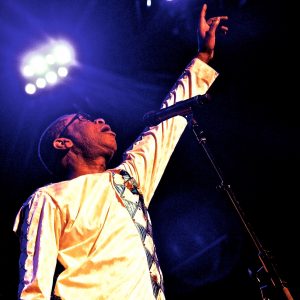 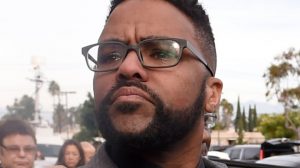 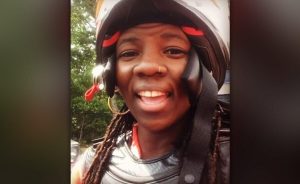 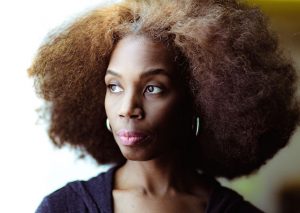 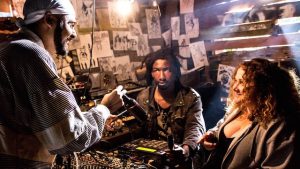 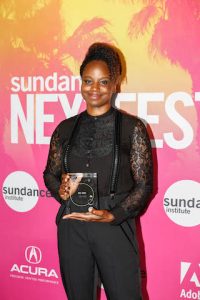