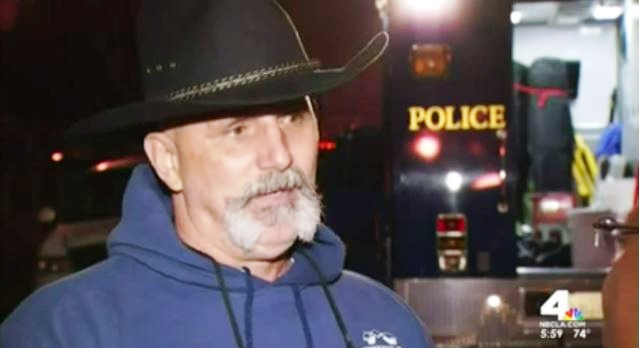 The city of Los Angeles will pay $50,000 to resolve civil rights claims made by a Los Angeles police detective who lost his job after making racially charged remarks during a training session, the city attorney’s office said.

Frank Lyga filed a federal lawsuit last summer, alleging he was discriminated against because he is a “white police officer who was wrongfully perceived to be racist.”

Lyga alleged that his civil rights were violated when LAPD officials wrongfully decided to fire him because of his race, and that the city’s action was “motivated by political pressure” from the African American community.

The final settlement agreement signed last week by the city’s attorney does not include reinstatement of employment to the LAPD, which Lyga had also been seeking. Lyga, who worked for the LAPD for 28 years, said in his lawsuit that he decided to retire early rather than be fired.

The settlement did not require the approval of the City Council, which only considers claim amounts of more than $100,000, according to Rob Wilcox, spokesman for the City Attorney’s Office.

Lyga drew headlines in 2014 after an audio recording surfaced of remarks he made during a question-and-answer session of a November 2013 training seminar about search warrants.

He delivered an expletive-laden rant, calling a prominent black civil rights attorney an “ewok,” saying a female LAPD captain had been “swapped around a bunch of times” and describing a lieutenant as a “moron.”

Lyga also allegedly discussed his fatal 1997 shooting of a fellow officer, Kevin Gaines. Gaines was off-duty and was involved in a traffic dispute with Lyga, who was working undercover at the time. The incident sparked tensions within the LAPD because Lyga is white and Gaines was black.

At the end of his lecture, Lyga recalled a confrontation with Carl Douglas, the attorney representing Gaines’ family and the same man Lyga called an “ewok.” Douglas asked Lyga if he had any regrets about the shooting.

He replied, “No, I regret he was alone in the truck at the time… I could have killed a whole truckload of them and I would have been happy doing it.” After the secretly recorded audio surfaced, Lyga admitted some of his remarks were inappropriate and apologized.

But an LAPD disciplinary panel recommended that police Chief Chief Charlie Beck fire Lyga, saying that although he had not been accused of racism, his speech had “an underlying racial tone.”

In his lawsuit, Lyga alleged he was told in another letter that he posed a “significant liability” to the LAPD, particularly if he were involved in another shooting of someone who was black.