The 2016 Presidential election still is more than 10 months off, but already it promises to serve as a referendum on social justice and racial reconciliation, in a year when national attitudes are changing faster than ever – and not always for the better. Pending U.S. Supreme Court decisions and legislation before Congress 2016 will profoundly impact racial consideration in college admissions, voting rights, collective bargaining and criminal justice reform.

The Court’s decision on Fisher v. University of Texas, brought by a white woman who claimed she was denied admission to UT because of her race, could put an end to efforts by educational institutions to ensure diversity among their student bodies.

The Constitutional principal of “one person, one vote,” established in 1964 in Reynolds v. Simms could be undercut by the Court’s decision on Evenwel v. Abbot. In Reynolds, the Court determined that legislative districts, both state and federal, must contain roughly equal numbers of people, guaranteeing fair representation. The plaintiff in Evenwel claims that “one person, one vote” refers only to the total voting population. That would mean that urban districts, which contain more children, immigrants and other disenfranchised persons, would be dramatically under-represented while suburban and rural populations would be grossly over-represented.

The rights of public-sector unions are at risk in Friedrichs v. California Teachers Association. Under current law, unions may collect dues from non-members for collective bargaining but not political activity. Friedrichs argues that even collective bargaining activities, from which non-members benefit, are political so non-members shouldn’t have to contribute. Public-sector unions have been a driving force in bringing African-American workers into the middle class; Friedrich could turn back the clock on that progress.

Congress has an opportunity in 2016 to correct one the most egregious blows to voting rights in the 20th century. The Supreme Court’s 2013 decision in Shelby County v. Holder gutted a key provision of the Voting Rights Act of 1965. Jurisdictions with a history of discriminatory voting practices no longer would be required to seek preclearance with the U.S. Justice Department before making changes to voting laws. Immediately following the Shelby decisions, states rushed to enact voter suppression laws targeting people of color, students and senior citizens. The bipartisan Voting Rights Amendment Act would restore preclearance and safeguard the rights of vulnerable citizens whose voices are being silenced.

Heading into 2016, the national outcry against police brutality seems to be reaping results, with officers in Chicago, North Charleston, S.C., Baltimore and elsewhere at last facing criminal charges for apparently racially-motivated violence against people of color. This could be the year for a full turnaround if the National Urban League’s 10-Point Justice Plan is adopted. Congress should enact a national comprehensive anti-racial profiling law, mandate uniform FBI reporting and audits of all lethal force incidents involving law enforcement, and create incentives for police departments to use body and dashboard cameras, review and revise deadly force policies and tighten hiring standards.

Perhaps most importantly, the economic recovery from the Great Recession has left many urban communities behind. The overall Black unemployment rate remains twice the rate for Whites, with rates as high as 25% for young black men. Many people working even two or three jobs can’t make ends meet because of dismally low wages. Several Presidential candidates have promised, if elected, to pursue a national minimum wage hike, which would be a significant step toward reducing poverty. Tired pledges to slash taxes on the wealthy, which we’re hearing from many of the candidates, will do nothing to create jobs. Congress has an opportunity to create thousands of jobs and revitalize the national economy by enacting a surface transportation bill that guarantees employment for workers in low- and moderate-income communities and ensures access to contracts for minority businesses.

As our nation grows more diverse year by year, the social structures of the past are challenged. We in the National Urban League Movement will continue to be at the forefront of those challenges, and we pray for guidance as we rise to meet them in the coming year. 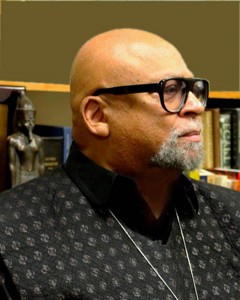 Reconceiving Our New Year Resolutions: Remembering Our Work in the World 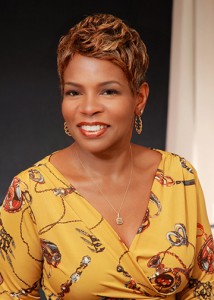 From Employment to Empowerment, Why What You Drive Matters 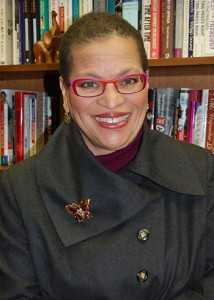 What Will You Sacrifice for Justice?

The Transformative Legacy of Martin Luther King, Jr., in 2016