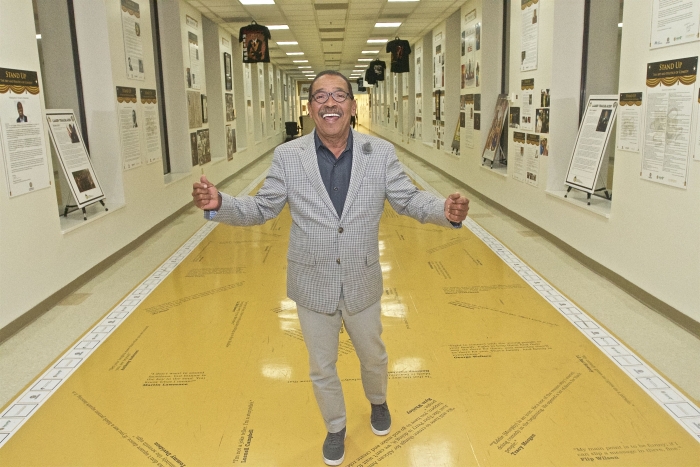 On March 9, the City’s African-American Heritage Month exhibit “Stand UP: The art and politics of comedy,” will end, capping 15 years of Council President Emeritus Herb J. Wesson, Jr.  leading the charge on exhibits at the City’s Department of Cultural Affairs’ Henry P. Rio Bridge Gallery (The Bridge) in City Hall.  As Wesson moves on to Supervisor aspirations, he leaves behind projects of love.

“These gifted and articulate people have used their voice on and off the stage to effectively change American culture.  The Black creative community, ever present and ever vocal, spoke loud and profound.  We present to you a small example of that creative talent, as our exhibit features artists targeting a Black audience,” Wesson said. Wesson says the annual exhibit celebrating African-American heritage is an opportunity to showcase those who have made and continue to make great contributions to the advancement of all people in America, and the individuals featured here are true trailblazers.

“The outspoken Dick Gregory set a tone that lead the civil rights movement. Jackie “Moms” Mabley was ahead of her time with a character many of us knew about.  Mr. Richard Pryor, considered a comic genius, entertained us with characters that not only made us laugh but made us think, too.“I want to recognize my good friend Dominique DiPrima as an extraordinary community advocate and voice of the community. I am pleased to have her represented in this year’s city hall exhibit.” Wesson added that the exhibit was but a glimpse into the history of comedy and the creative talent in the Black community. He said it wasn’t possible to highlight all the creative accomplishments that Blacks have made in one-month long exhibit. 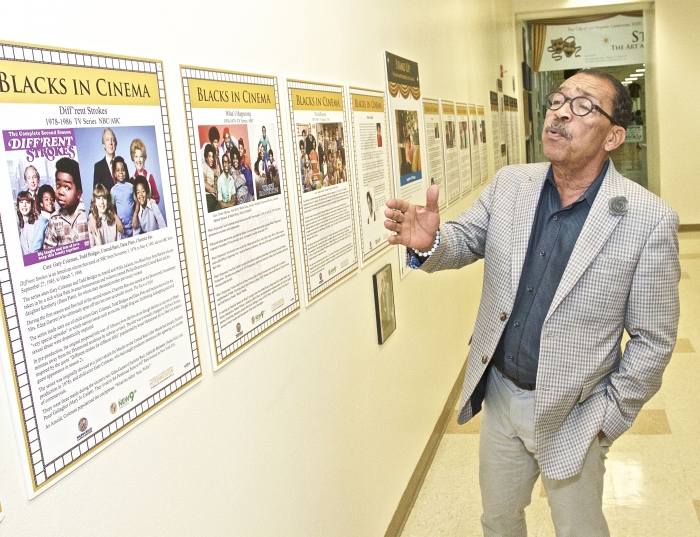 His hope is that the community learns something new, be inspired to learn more about the incredible history of African American comedy and to support the talented individuals and the venues that showcase them. “Many thanks to the office of Mayor Eric Garcetti, Councilmember Curren Price, Councilmember Marqueece Harris-Dawson, along with the Los Angeles Association of Black Personnel, Inc., the Los Angeles Professional Managers Association and Our Authors Study Club for their continued support.”

Wesson also acknowledged city departments, especially the General Services Department, Construction and Publishing Services, ITA Graphic Services and the Los Angeles Public Library. And a Special thanks to our friends at Amoeba Music and Kaiser Permanente. “Stand Up: The Art and Politics of Comedy has been the most outstanding exhibit after curating some very exceptional titles like Blacks In Cinema and Write In America. These displays directed by CPE HW have not only been educational and entertaining but inspirational as well,” Wesson said. Past exhibits include, The Divine Nine, America’s Soundtrack: MOTOWN, Write In America,  Blacks In Cinema,  Black Inventors, Hail to the Chief: Michelle and Barack Obama,  From Where We Come: The Art and Politics of Slavery and Stand UP: The Art and Politics of Comedy.

Albert Edmund Lord III was been the writer and curator of the AAHM City Hall exhibits from 2006 to 2020.  Wesson has been a strong supporter of arts programs at community arts centers like the William Grant Stills Art Center, Pan African Film Festival Ebony Showcase Theater and Nat Holden Performing Arts Center, Debbie Allen Dance Academy and the Lula Washington Dance Theater.He was also instrumental in the restoration of Vision Theater in the Leimert Park Village, historic murals in Jefferson Park, the Black Classical Music Composers Series, and Seventh Avenue Jazz Festival and The Sutro Jazz Festival.

“I look forward to continuing our amazing track record of support for the arts.  It is my sincere believe that a strong art community is crucial to a strong and thriving neighborhood.” Wssson said. 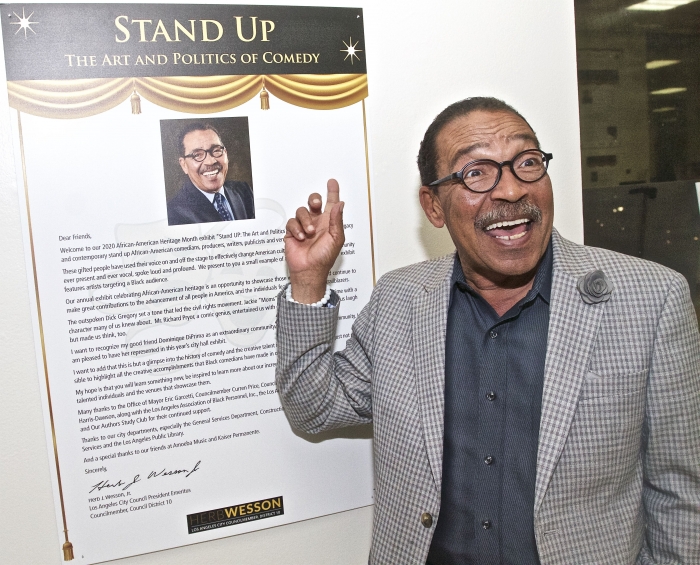 Herb J. Wesson, Jr. Boasts of his comedic prowess at the Stand UP: The art and politics of comedy, (E. Mesiyah McGinnis / Sentinel)

Hopefully, if he wins as Supervisor, he will continue to support the arts.