Fifty years after the ill-fated Watts Riots, pockets of improvement are appearing in the community.  From new housing complexes to remodeled parks to enhanced public transportation, the progress indicates that a rebirth is taking place.

Without a doubt, the changes have slowly materialized, but thanks to the combined efforts of residents and community organizations, the area is overcoming some of the historic obstacles that led to the 1965 revolt.

Much of the credit for the renaissance goes to the people of Watts who desired a better quality of life for their neighborhood.  Determined citizens are working with the Grant Housing and Economic Development Corporation (GHEDC), a nonprofit connected to Grant A.M.E. Church, and the Natural Resource Defense Council’s Urban Solutions program to develop the Watts Re:Imagined (WRI) initiative.

According to Jordan, the initiative was launched two years ago with heavy community involvement from the beginning.  In past years, there had been many plans to revitalize Watts, however, those plans were stalled when the Los Angeles Community Redevelopment Agency (CRA) were dissolved. Fortunately, WRI filled the void left by the CRA closure.

“WRI responded with a major new commitment for positive action.  Our goal is a comprehensive set of improvement efforts for Watts residents carried out over time by sustained, cooperative, coordinated efforts,” said Jordan.

Outlining the top priorities, Jordan explained, “Core issues, such as job creation and public health, are intertwined with the environment, which is a major focus of this campaign. Low-income communities are disproportionately affected by environmental pollution and hazards.

“Environmental features are not an ‘add-on’ to our overall efforts, but a fundamental part of what is both useful and necessary to create jobs, draw investment, help mitigate crime and traffic, and improve overall public health for Watts’ people. These are all part of our goals.”

However, every initiative comes with hurdles and WRI is no different.  Their challenges include overcoming the negative connotation associated with the community, keeping residents heartened despite the slow pace of improvements, and addressing factors such as “sub par educational systems, depleted local job markets, income inequality and negative ecological changes that create and perpetuate social and economic depression in urban areas,” said Jordan.

As part of the effort to celebrate Watts and commemorate the Watts Riot, three events will occur next month.   On August 10, at 6 p.m., ‘Watts’ Story by Watts People’ will be held at Grant A.M.E. Church, 10435 South Central Avenue in Los Angeles.   The program will feature live and video reminiscences from people who resided in Watts in 1965 and a preview of the Watts Theater Company’s new play, ‘Riot/Rebellion.’

Artist renderings and announcements about future Watts developments will be unveiled at a press conference on August 11, at 10 a.m., on the southeast corner of 103rd Street and Central Avenue.

Grant A.M.E., in conjunction with their 109th anniversary, will host a commemorative worship service on August 16, at 9:30 a.m., followed by a community fair and block party at 12 p.m. 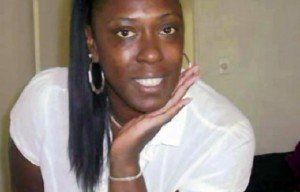 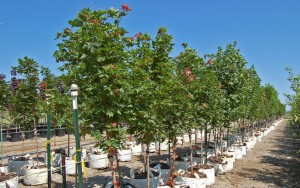