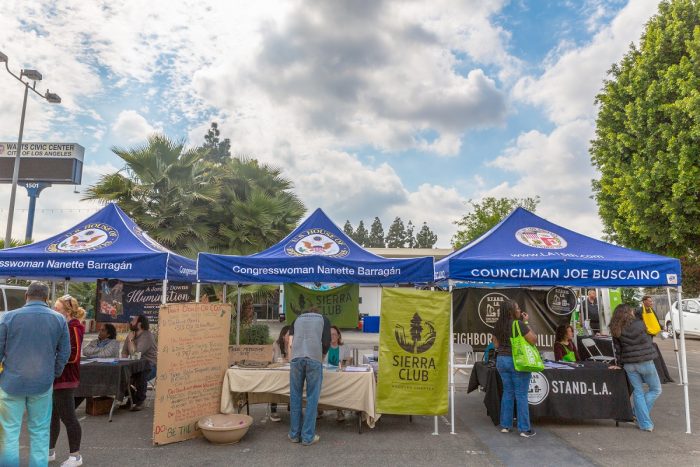 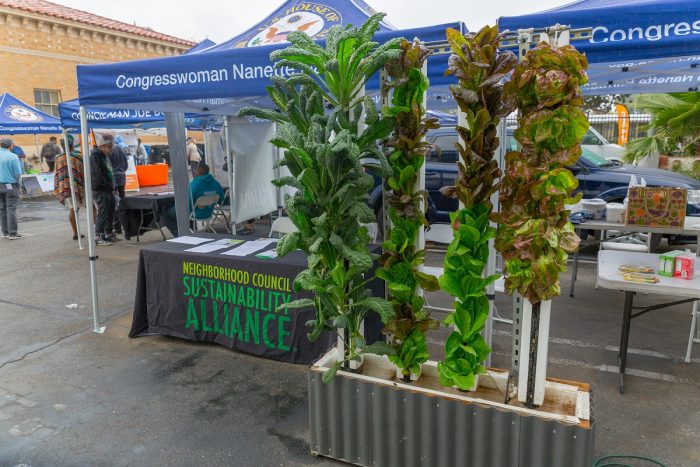 People from across the community came out to visit the booths on clean energy, water conservation, waste reduction, and more, as well as ate delicious food and mingled with community leaders and elected officials. LADWP commissioner, Aura Vasquez roamed the event talking to attendees about her support on a creating a cleaner Los Angeles, while council members, Nanette Barragan and Joe Buscaino chatted with folks who visited their booths. 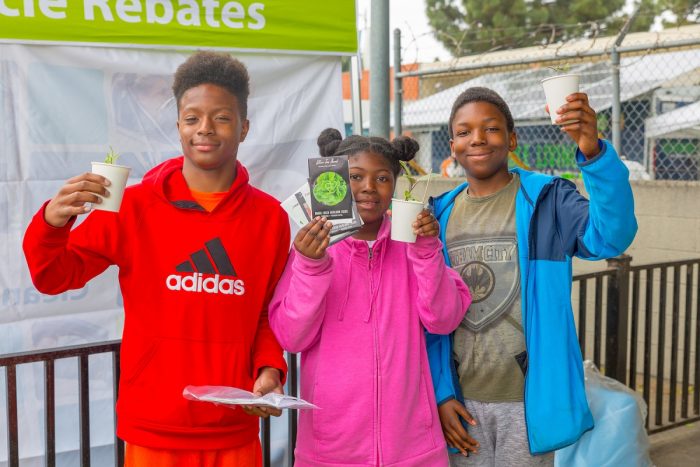 The celebration’s main event, two panels on the effects of diesel idling and water conservation, were hosted inside the Watts Civic Center by groups like Physicians for Social Responsibility, Waste Consultants Northwest, California Interfaith Power and Light, e7 Architecture Studios, and the Watts Committee themselves. Community members were able to sit, take notes, and engage in the conversation happening with panelists. Outside, attendees were given the opportunity to learn about electric vehicles and test drive the all-electric Nissan Leaf, charge their phones and other devices via solar power, participate in a raffle to win a portable solar panel charger, and plant various vegetables like lettuce and eggplant.

Congressional Caucus on Foster Youth Co-Chairs Commemorate May as National ...