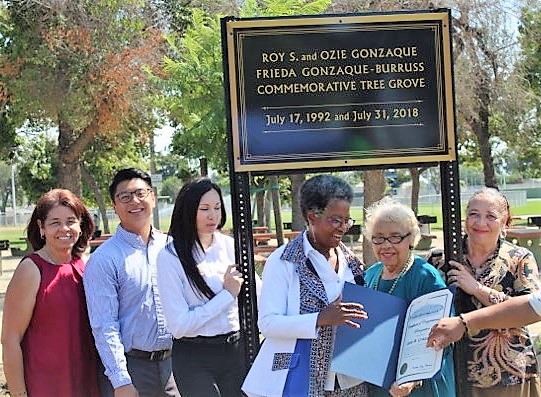 A family tradition of community activism will continue to bloom in Watts following a tree planting ceremony memorializing Frieda Gonzaque-Burruss for her decades of work in supporting educational opportunities for youths and economic development for residents in the Watts/Willowbrook community. Three Jacaranda trees, two representing her father and mother, were planted in the Roy and Ozzie Gonzaque Commemorative Grove at Ted Watkins Park. The grove was named after her parents whose advocacy and activism on behalf of the Watts community is legendary. 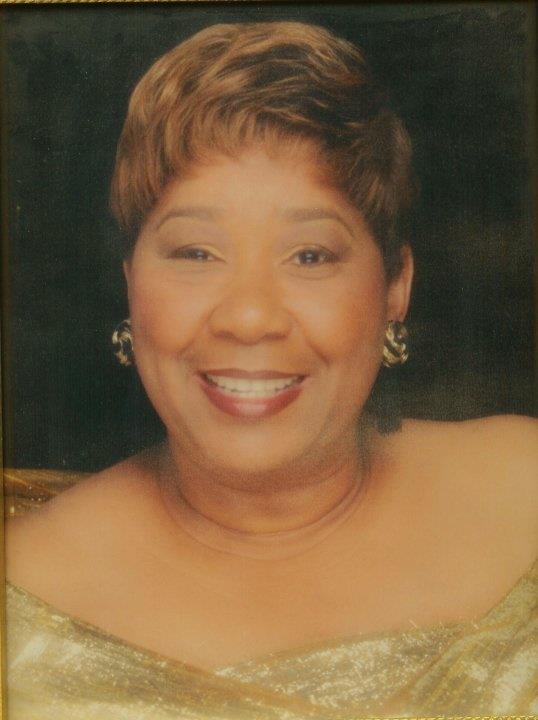 During her 30-year professional career as an executive administrator for TRW (Northrop Grumman) Gonzaque-Burruss kept an eye on giving back to the community she was raised in. She was an officer in TRW’s African American employee group and one of the founding members of the group’s Bootstrap Scholarship Foundation providing college scholarship funds to students who show exceptional interest and high academic standards in the fields of math and science. She also co-founded Sisters Les Sevan (SLS) a group of David Starr Jordan High School, Class of 1964 graduates dedicated to support the school’s Alumni Association and organizers of the ceremony. “We wanted to recognize Frieda for her leadership in planning and initiating projects that benefited countless people in our community. She will be remembered not only for her philanthropic work with SLS and the Boot Strap Foundation but her many years of active support of the Watts community”, noted SLS officer, Donna Wilson,

With an eye on economic development in the underserved communities of her childhood, Gonzaque-Burress served as an administrator and volunteer for the Wattstar Theatre Project and the Entrepreneur Educational Center, Inc., along with her sisters Barbara J. Stanton and Bernadette G. Robert. Hundreds of youth and young adults, held her in high esteem.   The ceremony was attended by a host of officials, family and friends including representatives from the 44th District office of Congresswoman Nanette Diaz Barragan, Commissioner Mike Davis, Mike Yamamota, L.A. County Dept Parks and Recreation and Park Manager Tenesha Ware.