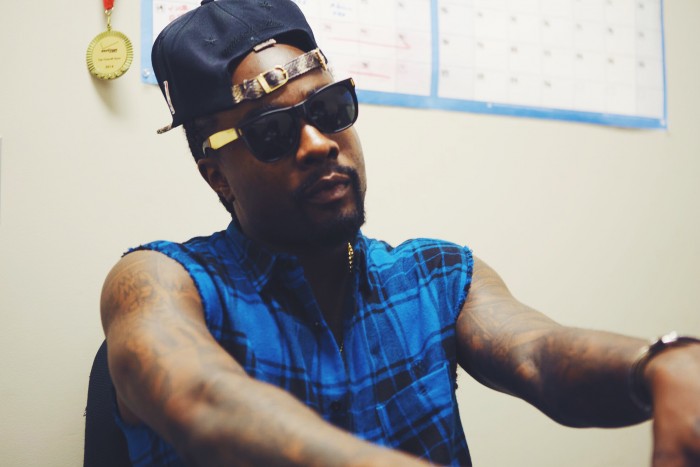 Wale speaks about his struggle as a hip-hop artist and roots in the D.C. music scene. (Zee Wong)

Grammy-nominated rapper Wale has no issue explaining how he has evolved as a musician. “Before I was just a dope rapper and now aware of how to compose music,” he said.

Sitting across from me in a blue plaid button up shirt the Nigerian American rapper tapped his fingers while explaining his humble beginnings in Washington, D.C.

30 year-old Wale, born to his parents as Olubowale Victor Akintimehin, rose to prominence as a rapper in 2006 when his song “Dig Dug (Shake it)” became popular in his hometown.

“I was very introverted back in the day. Rap was such a far-fetched dream where I come from. I really didn’t know how to maneuver through the industry and a lot was different back then. Technology was different,” Wale said.

Throughout his childhood, Wale gained inspiration from the outside world and going in-and-out of juvenile facilities. After have a tough young-adulthood, he began to perfect his craft. He soon became locally recognized because of his mix style of the go-go movement and hip-hop.

“It’s like musical chairs in the rap game. People are always competing for spots,” he said.

He later gained the attention of rapper Rick Ross and joined his label Maybach Music Group in 2011. He has released three albums under Maybach, “Ambition,” “The Gifted,” and now his most recent “The Album About Nothing.”

His latest album was inspired by the television series “Seinfeld” and features Jerry himself.

Wale also finds ways to incorporate his music with hard-hitting issues that face today’s society. Tracks such as “Matrimony” discuss his personal pressures of marriage, while his song “The Pessimist” opens up about racism and police violence.

“I’m a way better songwriter now. I can interpret beats and I know what I want to be heard. That’s just a testament to me not having to do anything but music right now. It’s all about the composition of the story, “ he explained. 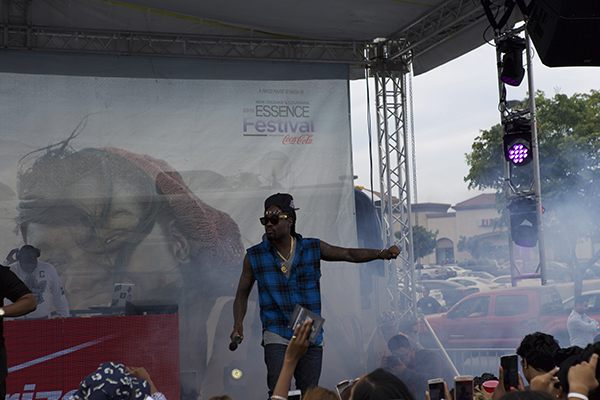 Recently, Wale was a part of Verizon’s “Now Playing Tour,” in Inglewood, CA. The mini-music festival, hosted by E!’s Terrence J., was created by the cellular service to take action against domestic violence. Concertgoers were encouraged to donate old cell phones and accessories onsite to the Verizon Hopeline program. The program supports domestic violence organizations across the country and hopes to reach 1 million phone donations by the end of the year.

“It’s a way for me to give back. So I hope people donate their phones,” he said.

Alongside his charitable works, Wale hopes that his music continues to penetrate through the music business. He believes that his accomplishments as an entertainer will continue to tell stories that ring truth through his music and inherit the characteristics of a well rounded musician.

“[For the future] I want the fans that I have to stick with me. I want to show people that I can do everything musically,” he said.