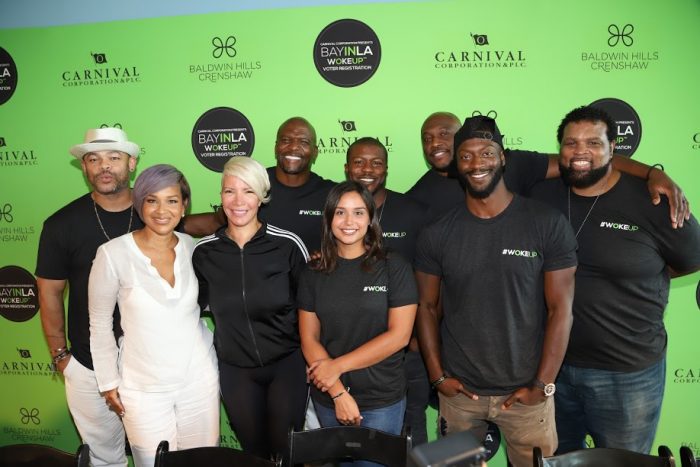 Celebrities and local activists turned out for WOKEUP event. Arnold, of A Turner Archives

Black voter turnout rate declined for the first time in 20 years according the U.S Census Bureau. The 2016 presidential election showed a decrease in black votes compared to the record high turnout in 2012. A local initiative is hoping to change those numbers.

“Young voters have been disenfranchised. They don’t know they can come out and do certain things to make their vote count,” said Farr.

“We will continue to teach them about how important it is to vote. Being civilly engaged can change their lives.”

The event was packed with crowds of potential voters. Young and old participants flocked tables for sign-up sheets. Attendees were able to personally engage with celebrities throughout the event. 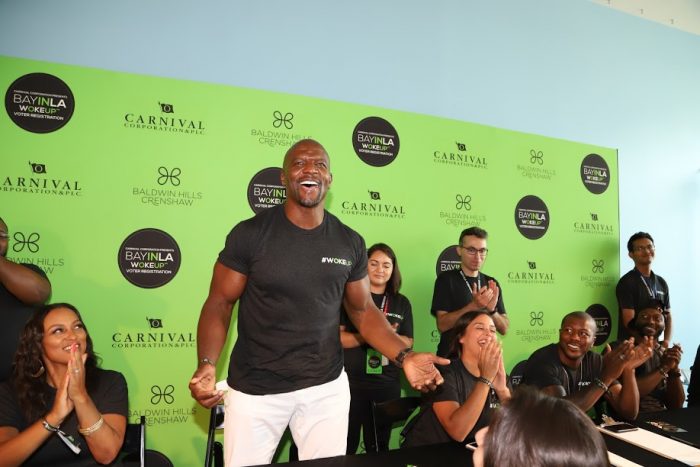 Terry Crews all smiles at WOKEUP event in South L.A. Arnold, of A Turner Archives

Terry Crews, best known for his role in “Everybody Hates Chris,” spoke about the importance of voting.

“When you look at a social media world, if you don’t get a lot of likes on your post, you think your words have no importance,” Crews said.

“This is the same thing as voting. It seems that if millions aren’t watching, you might not feel its worth it but you have to start small and think big!”

LisaRaye McCoy, known for her role in the comedy-drama Ballers, echoed the same statements.

“Some don’t believe their vote matters. They don’t understand their history. This is why we are sitting here. We want them to understand. We want to educate them. Your voice does matter.” 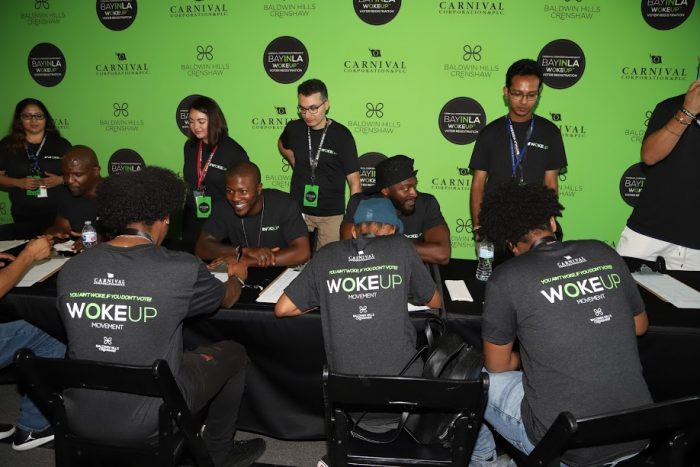 Eager attendees register to vote at the WOKEUP event. Arnold, of A Turner Archives

California will vote on a number of issues this upcoming November election cycle.

Issues such as rent control, housing for the homeless, and gas prices are ballot initiatives.

The latest statistics show a spike in voting this past primary elections. According to recent polls, California saw an increased 37% voter turnout. The number is the highest rate of a non-presidential primary year since 1998.