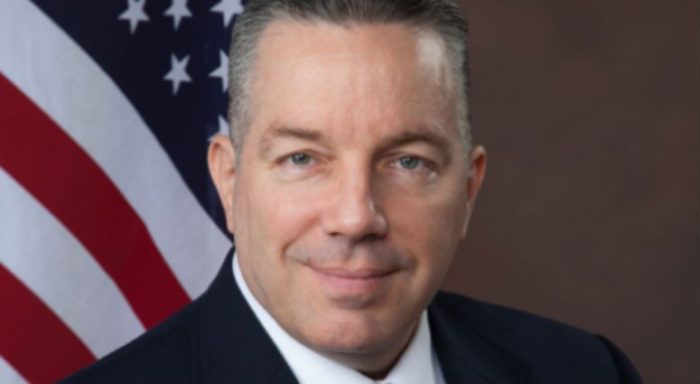 In a confrontational surprise appearance before the Los Angeles County Board of Supervisors, Sheriff Alex Villanueva defended his reinstatement of a deputy fired after allegations of domestic violence and stalking.

Villanueva said there were a half-dozen similar cases that he planned to share with the board behind closed doors.

“When you hear the details of the cases, you’re going to have a change of mind,” the sheriff told the supervisors.

Supervisor Kathryn Barger had brought a motion recommending that the board send a letter to the sheriff citing “grave concerns” over the reinstatement and Villanueva’s comments to the Citizens Oversight Commission justifying his decision.

The motion, co-authored with Supervisor Sheila Kuehl, says: “The reinstatement and the reasoning for it sends a disturbing message that a crime victim should not be believed based on the timing of the allegations and one person’s doubt about his or her credibility.”

Villanueva said his comments were misrepresented, but insisted that the facts did not support an allegation of domestic violence, going so far as to object to the board using the term victim.

“We could safely call her a complainant,” the sheriff said.

He also promised to aggressively prosecute some executives he believes presented false evidence, “either here locally or through the attorney general’s office.”

The five-member Los Angeles County Board of Supervisors has little direct control over the county’s top cop, but Kuehl issued a warning.

“None of us is so independent that we can do anything we damn well please,” she said.

Kuehl said that any other county employee would have go to court to be reinstated, but Villanueva countered that he was aiming to save the county money by using an internal process to re-litigate cases.

Kuehl addressed the sheriff’s comments before the Civilian Oversight Commission, in which he said the fact that the accuser waited nearly a year to report her claims and her decision to quit the department just before she was about to testify were “big warning signs.”

“It seemed like your own attitude was … if they don’t speak up, how serious can it be,” Kuehl said. “I’m really worried and concerned about the message that is being sent … what it means for women in your department … what it means about women in our jails.”

Villanueva countered, “I do care about the victims of domestic violence and I will do everything in my power to make sure that their voices are heard” and perpetrators brought to justice.

However, he alleged that the Civil Service Commission has ignored “a mountain of (exculpatory) evidence” in some cases. Citing a six-fold increase in terminations, Villanueva said it had been “politically expedient to have a high body count” related to deputy misconduct during Sheriff Jim McDonnell’s tenure.

Both Kuehl and Barger said the commission most often settled cases in favor of employees, citing an in-depth review of cases.

In 2015, the commission heard 90 appeals by sheriff’s employees, 76 of which were related to disciplinary matters, according to the latest publicly available data. The commission sustained the department actions in 38 cases and overturned or modified 18 decisions, including reinstating 12 deputies who had been terminated for misconduct including excessive use force and lying on a police report. The balance of the cases were not accounted for in the 2015 annual report, but may have been withdrawn or otherwise settled. Speaking to City News Service outside the hearing room, the sheriff said it made sense to get wrongfully terminated deputies back to work quickly and would consider cases dating back to roughly 2013, when he lost confidence in the process. “Justice delayed is justice denied. That’s what the social justice advocates always say,” Villanueva said. If someone was wrongfully terminated two years ago, he said, “are we going to keep them wrongfully terminated for a third year?”

While he’s setting up a “truth and reconciliation” team to consider wrongful terminations and wrongful convictions, Villanueva told the board he would move to reinstate deputies involved in the most “egregious” cases.

Going forward, “the Civil Service Commission is not going to come across cases where we haven’t met the preponderance of evidence standard, they’re going to be black and white,” Villanueva said.

He plans to share those cases with the Board of Supervisors and said the reinstated deputy was willing to waive his rights and share his entire personnel file with the board.

The Los Angeles Times reported this month that Caren Carl Mandoyan was fired in 2016 by then-Sheriff McDonnell after a fellow deputy alleged Mandoyan grabbed her by the neck, tried to break into her home twice, sent her harassing text messages and admitted to listening to her conversations. A county appeals board heard evidence in the case and upheld Mandoyan’s dismissal.

Barger said the appeals board vote was 5-0.

Prosecutors investigated the woman’s claims and looked at video evidence in the case but declined to charge Mandoyan with intimate partner violence.

Mandoyan, who appeared onstage at Villanueva’s swearing-in, served as his driver and played a key role in persuading rank-and-file deputies to rally behind Villanueva’s longshot — and ultimately successful — bid for election.

Mandoyan will be entitled to back pay, according to the sheriff.

Kuehl said there is a bigger issue at stake than Mandoyan’s innocence or guilt.

“The larger question really is the public trust, the trust of this board, and perhaps it would also be good for you to take into account the trust of our contract cities,” she told the sheriff.

Cities that contract for law enforcement services with the Sheriff’s Department are concerned about liability related to prior misconduct, Kuehl explained.

The board asked its lawyers to request Mandoyan’s personnel file and Barger said she wanted to allow his accuser a chance to redact information.

The board also asked county counsel to report back in two weeks on how to settle a conflict between the board and sheriff.

“This is going to be one of many discussions we’re going to have,” Barger said.

Supervisor Mark Ridley-Thomas was absent from the board meeting due to illness, but issued a statement this afternoon saying that the sheriff’s remarks had only amplified his concerns.

His extraordinary personnel decision sends the wrong message to both victims and other deputies,” Ridley-Thomas said.

“Every Los Angeles County employee must be held to a high standard, but especially law enforcement personnel who are sworn to protect and serve, and in whom the community must place great trust.”