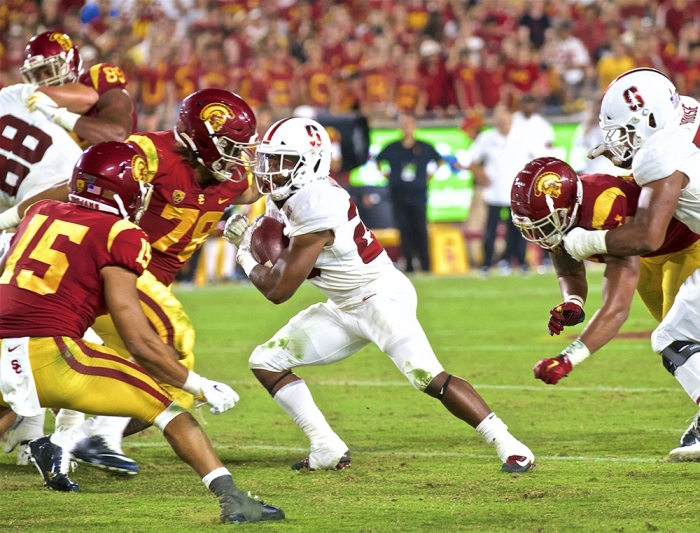 Down by as much as 14 points, the USC Trojans football team defeated their Bay Area foe the Stanford Cardinal in their conference opener. Stanford is the winningest Pac-12 team of the decade, led four-time Pac-12 Coach of the Year David Shaw.

Trojans head coach Clay Helton noted how the offensive line is their “best kept secret” this season and that they are playing mature. 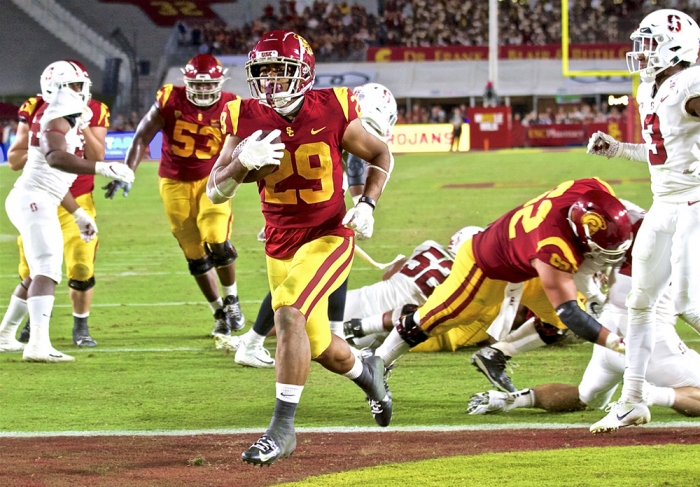 “We saw a bunch of pressures. They kept the quarterback up right,” he said. “the quarterback did a nice job of using his legs and creating force and not forcing things.”

Kedon Slovis made big slings to push the USC trojans into the Cardinal Redzone in their first possession, but the Stanford defense would only allow a field goal. Stanford responded with a touchdown of their own when quarterback Davis Mills connected with Connor Wedington for a 15-yard play. On their next possession, the Cardinal scored in the early minutes of the second quarter.

The Trojans fumbled at their 21-yard line and Stanford recovered, but the Trojans defended their endzone and forcing Stanford to kick a field goal. The Trojans battled through their penalties to score, Amon-Ra St. Brown executed a 39-yard touchdown pass.

“When I looked up, I saw that the ball was kind of high and it kind of made me nervous,” St. Brown said about the play. “But it was perfect dropped right into my hands.”

USC thwarted the Cardinal’s rushing game, but Stanford gained yards from their fouls. With a successful field kick, the Cardinal had a 10-point lead. 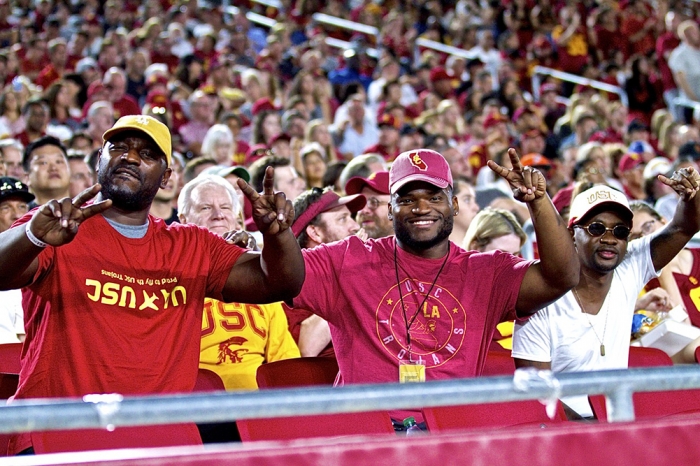 Slovis made meaningful slings, including a 29-yard play with wideout Tyler Vaughns. This gave Stephan Carr the opportunity to make a 25-yard touchdown rush. A 14-point deficit was whittled down to three points in less than 12 regulated minutes.

“I don’t think it really, really shows how well I am, but shows how good of a team you have around you,” Slovis said. “Just get in their hands and let them do the work, I don’t have to do too much.”

When the Trojan offense returned, Slovis targeted Vaughns for two major gains. On the second-and-goal Slovis found St. Brown to score a touchdown. By halftime, the Trojans had a 24-20 lead over the Stanford Cardinal. 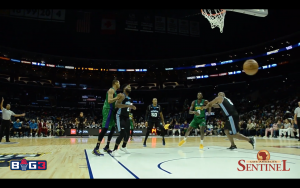