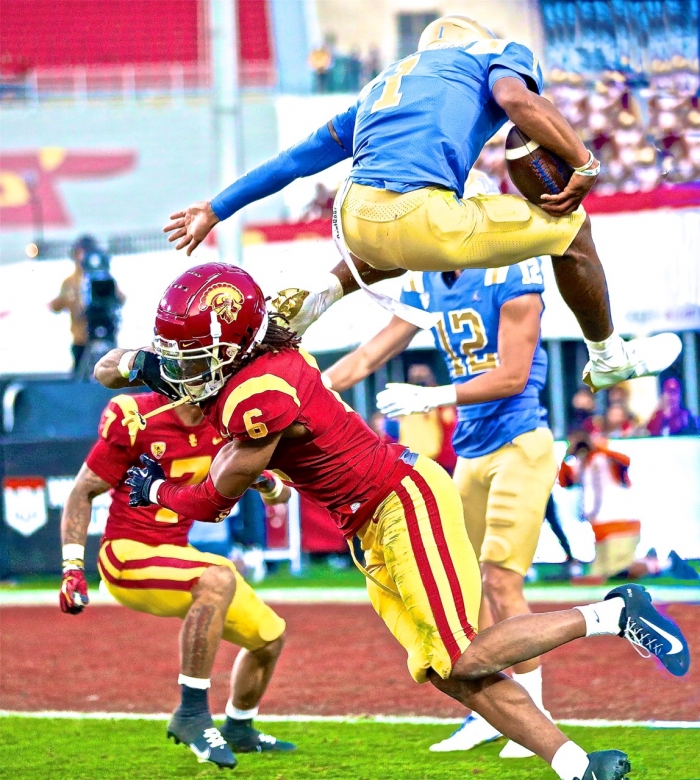 USC football’s legendary rivalry game against UCLA was a total embarrassment for the men of Troy.  Trojan fans came out wearing their gear in full support and on Saturday, USC fell to the Bruins, tying a record for the most points they’ve allowed in program’s history at 62.

During the final minutes of the game, USC fans were exiting the stadium frustrated due to the lack of fight from USC. You would think things couldn’t get any worse for USC, just firing Clay Helton earlier this season, but the 62-33 to loss UCLA isn’t sitting well with fans nor alumni. 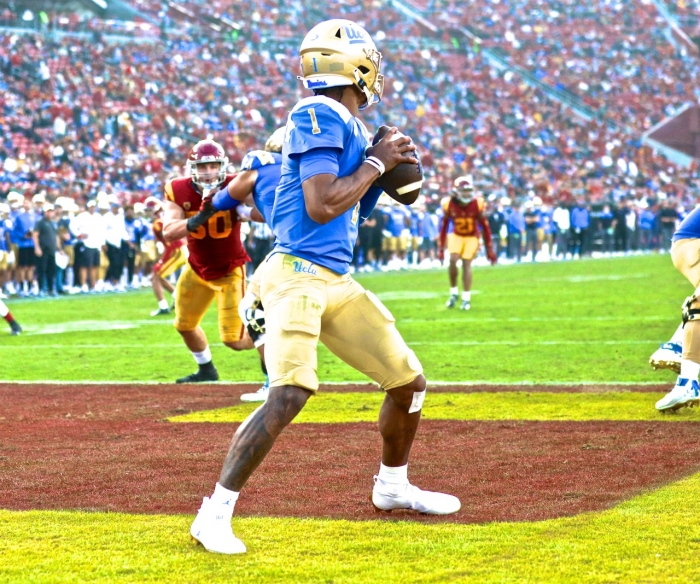 UCLA quarterback, Dorian Thompson-Robinson (1) threw 16 completions out of 22 passes for 349 yards, 4 TDs and ruched for 46 yards and 2 TDs in a route against the USC Trojans at the Los Angeles Memorial Coliseum. (Photo E. Mesiyah McGinnis / L.A. Sentinel)

As the season comes to a close and the head coaching search becomes more intense, USC Athletic Director Mike Bohn has big decisions to make as he works to guide the football program back to its historical prominence. 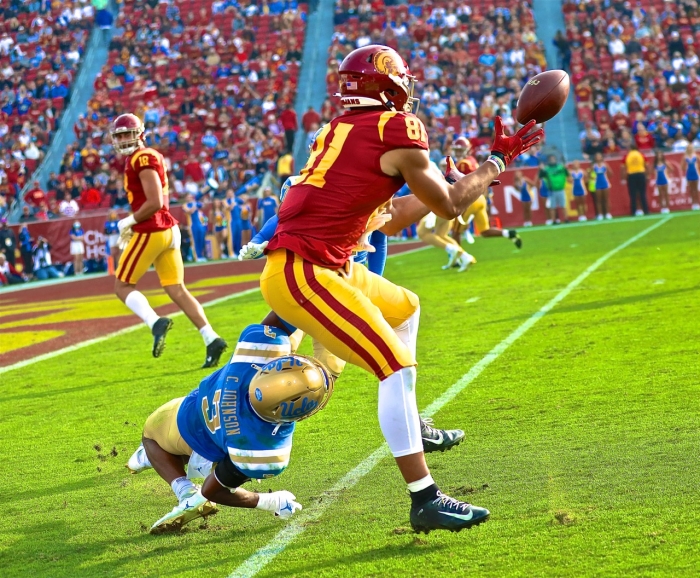 Williams said the reason USC hasn’t been able to turn this season around is because they aren’t healthy. “In certain spots, we need guys to develop and get better. We have to continue to proceed and stay the course. The great teams who are not healthy, their backups have stepped up,” he said.

USC quarterback, Jaxson Dart, had his first start and was pressured with constant blitzes from Bruins the entire game. USC center, Brent Neilon said, “It sounds like the same old story, every time. We’re just not playing together. Defense comes up big at the start, offense doesn’t do really much. Then offense gets a little hot, and defense lets up some scores, special teams and what not,” he said. 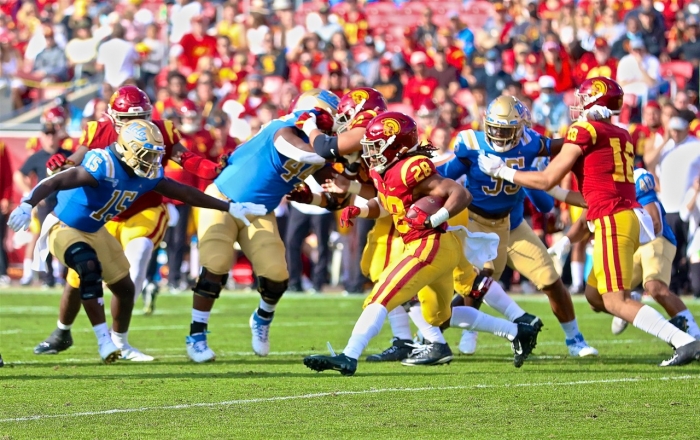 Dart completed 27 of 47 passes for 325 yards and finished with a touchdown. He threw two interceptions as well. Dart said he looks at the results not stats. “I missed a lot. I wasn’t able to do enough to help them win, Dart stated.” Despite mistakes, Dart’s teammates were happy he was able to stay calm throughout the game.  “This was a game we had highlighted on our schedule but it didn’t go the way we wanted.”  USC has two regular season games left and head coach Williams says they are treating them like playoff games. 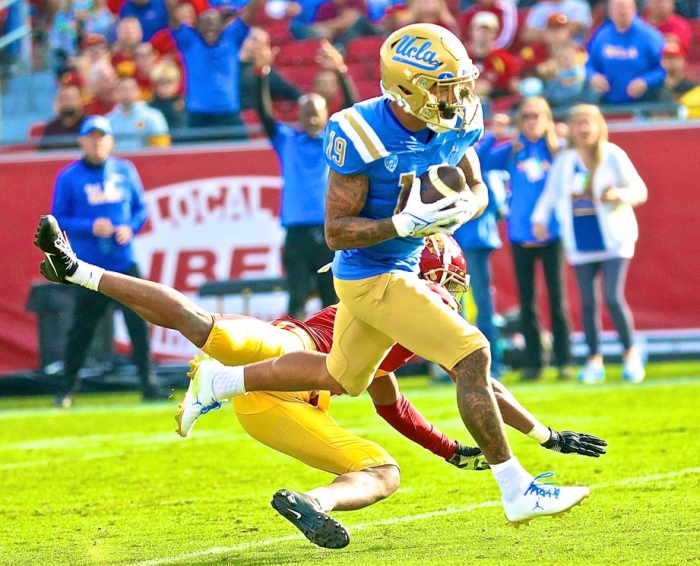 Fan Photo of the Day 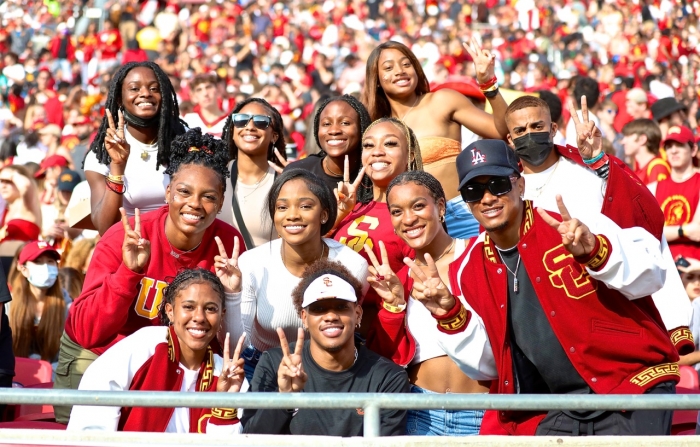 A beautiful group of USC students cheering for the Trojans against the UCLA Bruins in the classic cross-town rivalry at the Los Angeles Memorial Coliseum on Saturday, November 20, 2021. (Photo E. Mesiyah McGinnis / L.A. Sentinel) 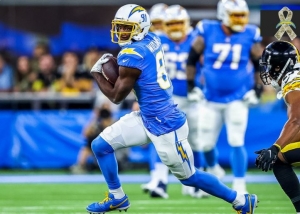 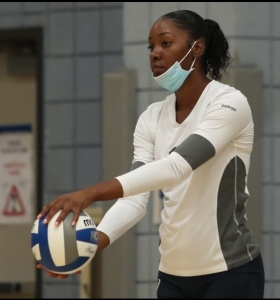 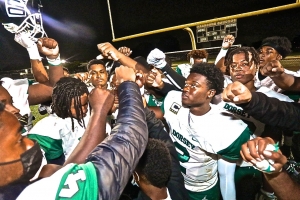 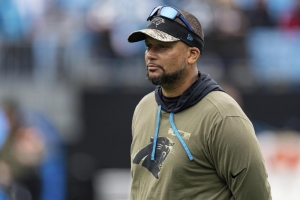