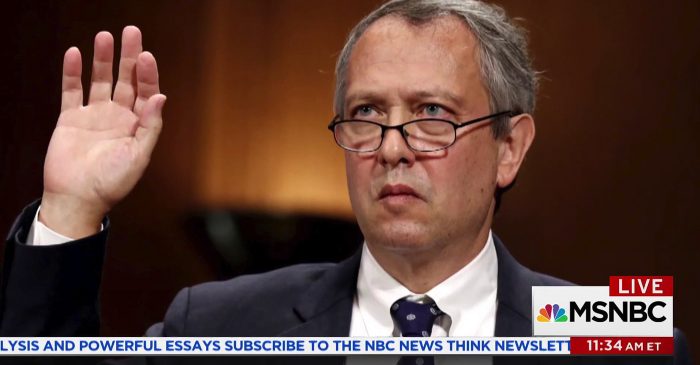 On November 29, the U.S. Senate’s only African American Republican Senator, Tim Scott, announced he would oppose the nomination of Thomas Farr to a lifetime appointment to the federal bench. Scott’s blockbuster decision ended the chance of Farr’s nomination being confirmed by the U.S. Senate.

Scott cited,“lingeringconcerns” on“issuesthat could affect[Farr’s]decision-making process as a federal judge.”
“This week, a Department of Justice memo written under President George H.W. Bush was released that shed new light on Mr. Farr’s activities. This, in turn, created more concerns. Weighing these important factors, this afternoon I concluded that I could not support Mr. Farr’s nomination,” said Scott.
The decision marked the second time Scott has blocked a Trump nominee to the federal bench.
“Thomas Farr was the most polarizing, dangerous and biased nominee that we have seen put forth by President Trump. We applaud Senator Tim Scott for exercising independence in the examination of Farr’s disturbing record; a record influenced by the modern white supremacist machine that former North Carolina senator Jesse Helms pioneered, and one that demonstrated bias and a commitment to defending voter suppression efforts at every turn,” stated Kristen Clarke, President of the Lawyers’ Committee for Civil Rights Under Law. 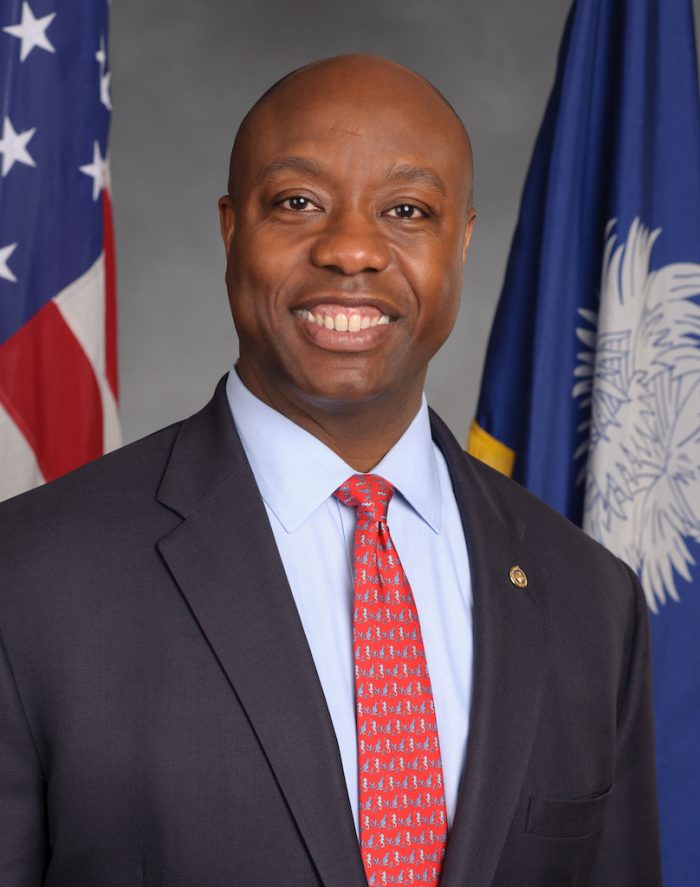 “Farr was the primary coordinator of the 1984‘ballotsecurity’ program conducted by the 1984 Helms for Senate Committee. He coordinated several‘ballotsecurity’ activities in 1984, including a postcard mailing to voters in predominantly black precincts which was designed to serve as a basis to challenge voters on election day. Footnote 7, DOJ Memo, June 19, 1991. This revelation is singularly disqualifying,” wrote NAACP President Derrick Johnson.
Sen. Scott’s decision was a dramatic one. A day before on November 28, he was nowhere to be found shortly before a vote to continue debate on the Farr nomination. Other Senators, as well as reporters, searched for Scott near the Senate floor before that procedural vote. Many assumed his support of moving the debate to a final vote meant he would support Farr’s nomination. That assumption was incorrect.
Sen. Scott was joined by Senators Marco Rubio(R-FL),Susan Collins(R-ME)and Lisa Murkowski(R-AK)in wondering out loud about whether Farr should be on the federal bench.  But Sen. Scott was the only one to announce he would vote against Farr on the floor.
ADVERTISEMENT
ADVERTISEMENT
Categories: National | News | Political
Tags: @LawyersComm | Civil Rights | Department of Justice | intimidate Black voters | judicial nominee | Kristen Clarke | Lauren Victoria Burke | Lawyers' Committee for Civil Rights Under Law | Lisa Murkowski (R-AK) | Majority Leader McConnell | NAACP | north carolina | President George H.W. Bush | Senator Jesse Helms | Senator Tim Scott | Senators Marco Rubio (R-FL) | Susan Collins (R-ME) | Thomas Farr | U.S. Senate | voter-suppressor-in-chief