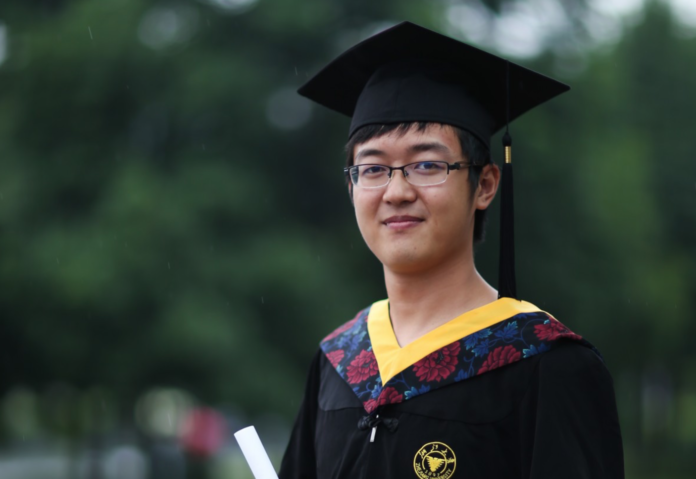 “The holes in our hearts will never heal, but we hope justice will help us deal with our grief and darkness that haunt us,” said the parents of Xinran Ji, who lost his life in a brutal beating four years ago. (File Photo)

A 20-year-old woman was sentenced today to life in prison without the possibility of parole for her role in the fatal beating of a USC graduate student from China who was attacked near campus while walking to his apartment after a study session, and the getaway driver was sentenced to 15 years to life behind bars.

Alejandra Guerrero — who was 16 at the time of the crime – was convicted in October 2016 of first-degree murder for the killing of Xinran Ji, a 24-year-old electrical engineering student. Jurors found true the special circumstance allegation of murder during the commission of an attempted robbery, along with an allegation that she personally wielded a wrench during the July 24, 2014, attack on Ji.

Guerrero was also convicted along with two others of taking part in an attack on a man and woman at Dockweiler State Beach about two hours after Ji was beaten.

Co-defendant Jonathan Del Carmen, 23, pleaded guilty Aug. 18, 2017, to second-degree murder for being the getaway driver after the attack on Ji. He was not charged in the Dockweiler Beach attack.

Guerrero and Del Carmen each apologized in court before they were sentenced by Superior Court Judge George G. Lomeli.

“I am so sorry. I pray one day they could forgive me,” Guerrero said.

Defense attorney Errol Cook told the judge that Guerrero had a difficult family life, was the victim of a sexual assault at 11, ended up running with “the wrong crowd” and is remorseful for her actions.

Del Carmen’s attorney said his client has “expressed sorrow” for what happened.

Deputy District Attorney John McKinney called the attack on Ji “beyond brutal,” saying Ji was a brilliant young man who had chosen to attend USC after being recruited by a number of prestigious universities in the United States and was targeted by a group of people who thought he would be an “easy mark.”

In a statement read in court by their attorney, the victim’s parents wrote that their son was “brutally beaten to death on July 24, 2014, by a group of criminals” and urged the maximum sentence for the defendants.

“It’s been almost four years since our son was killed, but there is not a single day that were are not thinking of him with the deepest sorrow,” the victim’s mother and father wrote in the statement. “… His future as a scientist was bright, but these criminals senselessly took his life at age 24. These criminals destroyed the best thing in our lives and our hopes. We live in sorrow and darkness every day. … Our lives will never be the same without our son. The holes in our hearts will never heal, but we hope justice will help us deal with our grief and darkness that haunt us.”

Co-defendant Andrew Garcia, now 22, was convicted just over a year ago of first-degree murder for Ji’s killing, along with one count each of robbery, attempted robbery and assault with a deadly weapon for attacking the man and woman at Dockweiler State Beach. He was sentenced last August to life in prison without the possibility of parole.

Another young man, Alberto Ochoa, now 21, is still awaiting trial in Ji’s killing, along with the Dockweiler Beach attack.

The prosecutor told jurors in Guerrero’s trial that Del Carmen remained inside a vehicle after pulling over when Ji was walking near the USC campus. Garcia, Guerrero and Ochoa got out of the car to confront the victim, and Del Carmen drove around the corner as Garcia and Guerrero chased after Ji and continued the attack, during which Ji was beaten with a baseball bat.

Following the attack, Ji was able to stagger away and make his way back to his fourth-floor apartment, McKinney told the jury.

“He’s dying. The fatal blows have already been inflicted. He doesn’t know he’s dying ….” the prosecutor said of surveillance footage showing the victim returning to the apartment building where he was found lifeless by one of his roommates later that morning.

In a letter read in court by the prosecutor, the university’s vice president for student affairs wrote that the sentencing is “yet another somber reminder that our university continues to mourn the loss of such a gifted student and member of our family.”

“USC stands with his family to continue to honor the too-short life of Xinran Ji. Xinran seemed destined to go far. But Xinran was only 24 when his life was senselessly ended,” wrote USC’s Ainsley Carry.

Ji’s killing occurred two years after two other USC graduate students from China were shot to death during an April 2012 robbery as they sat in a car that was double-parked on a street near the USC campus.

Two men — Javier Bolden and Bryan Barnes — were convicted and sentenced to life in prison without the possibility of parole for the killings of Ying Wu and Ming Qu, who were both 23.