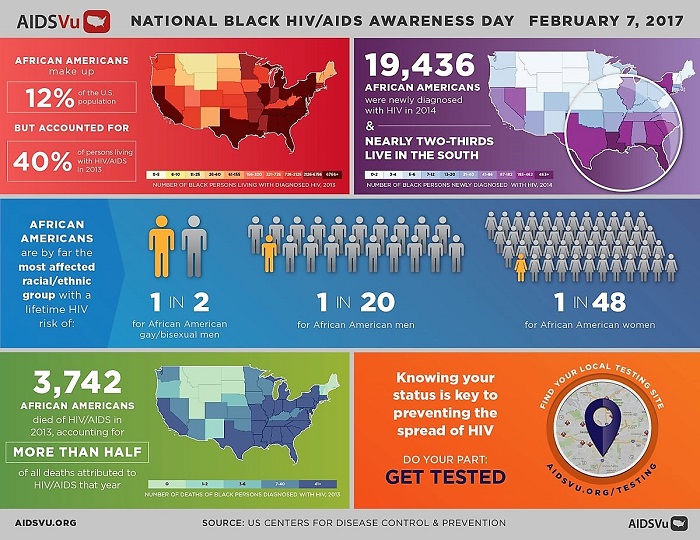 Black men and women are at higher risk for contracting HIV but there are solutions to help avoid infections, advocates offered during a National Black HIV/AIDS Awareness Day Twitter Chat.

The public conversation occurred Feb. 7 under the hashtag #NBHAAD. It was sponsored by the Federal Drug Administration’s Office of Minority Health (@FDAOMH) and BlackDoctor.org (@BLACKDOCTOR). The latter is an online hub for health news on fitness, nutrition, and weight loss.

Participants included organizations and advocates who cater to health and protection from AIDS and HIV.

“According to @CDCgov (Centers for Disease Control and Prevention), African Americans compromised 44% of new HIV infections in 2014 and 48% of AIDS diagnoses. #NBHAAD,” tweeted @FDAOMH.

“Knowing your status is key to preventing the spread of HIV,” tweeted AIDSVu (@AIDSVu), a project of Emory University’s Rollins School of Public Health in partnership with Gilead Sciences, Inc.

The free, interactive online site boasts the most detailed publicly available view of HIV in the United States. It displays HIV prevalence and new diagnosis data at national, state, and local levels, and by different demographics, including age, race, and sex.

The Office of Minority Health mediated the Twitter chat and facilitated a Q&A.

“What is the difference between HIV and AIDS,” @FDAOMH tweeted. It is “an infection that weakens the body’s immune system. It becomes AIDS if it’s not treated,” replied @blkwomenshealth – We Are Black Women’s Health Imperative. The national non-profit, which co-hosted the Twitter chat, is dedicated to the physical, emotional, and financial health and wellness of Black women and girls.

The Office of Minority Health delved further. “If left untreated, HIV can lead to AIDS, a condition where the immune system has been severely damaged by HIV and can result in death. There is no cure for HIV, but a proper treatment regimen can greatly prolong lifespan of a person who has the infection.”

The chat was presented as a straight wire question and answer from the Office of Minority Health’s Twitter page. “Why is HIV an issue in the black community,” @FDAOMH went on.

Part of the problem is lifestyle. Another factor is poverty, and a lack of health care. That leaves Blacks more prone to diseases and self-destruction of themselves, participants replied.

Margot Kirkland was pregnant when she tested positive for HIV, and her young daughter was only 26-months-old when she passed away, according @MinorityHealth. She was still grieving and trying to deal emotionally and physically with her diagnosis when her life changed dramatically, and she “found her voice” as an HIV prevention advocate and peer counselor for women living with the disease.

“Know that HIV is not a death sentence. You can still live and thrive, with the proper treatment and support. #NBHAAD,” tweeted @blkwomenshealth.

As the chat progressed, more clinics and health facilities joined in. They invited people to their sites and encouraged, get help immediately, and at least book an appointment to ensure good health, they urged. The KIND Clinic in Austin, TX (@atxprepaccess) invited the public to schedule appointments online.

“Greater Than AIDS” (@GreaterThanAIDS) welcomed people to visit and see how Black couples and families handle living with HIV/AIDS, or having someone in the home who is. It is meant to give people a realistic look and truly see that they don’t have to give up on life once diagnosed, tweeted the public information organization. It works to increase knowledge and understanding, and confront the stigma surrounding the disease.

“Why is HIV testing important,” the Q&A resumed. Many new infections stem in part from people who are unaware that they’re infected, participants replied.

The hour-long chat held more than enough information dealing with the basics and going to the last stages of living with HIV/AIDS.

It is not about being sad and coward from the disease, rather, the chat’s purpose was to help show people care about the crisis, organizers tweeted.

The online dialogue concluded with an invite to the FDA’s HIV e- list for updates on product approvals and safety and regulatory issues related to HIV. 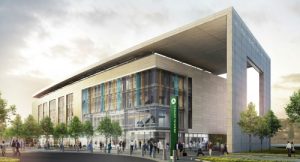 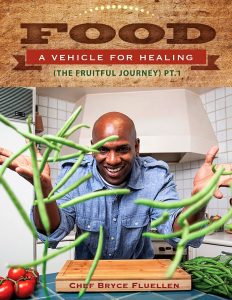 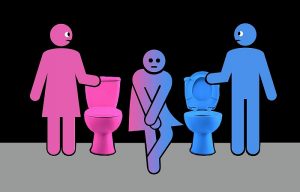 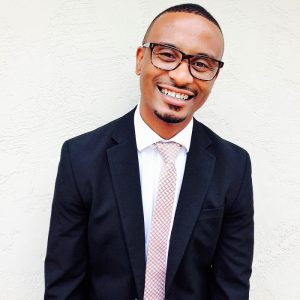