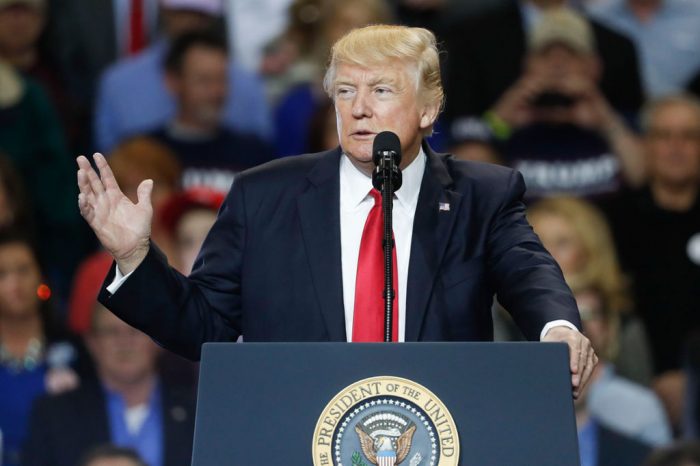 Political leaders and activists across the country are crediting the American people for the demise of Donald Trump’s repeal and replace Obamacare bill, but are calling on them to remain vigilant in the face of future GOP tactics. (AP file photo)

Political leaders and activists across the country are crediting the American people for the demise of Donald Trump’s repeal and replace Obamacare bill, but are calling on them to remain vigilant in the face of future GOP tactics. House speaker Paul Ryan pulled the bill, dubbed the American Healthcare Act, on Friday March 24, before a vote was cast, since not enough lawmakers were in support of it. Meanwhile, Trump and the GOP have conceded to the defeat but have predicted the ultimate downfall of Obamacare, in which case they said, they will “piece together a great health care plan for the people.”

But that didn’t stop those opposed to Trump’s impending bill from stopping to celebrate, even if briefly.

“This decision not only represents a victory for the seniors, children, and working- and middle-class Americans who otherwise would have lost their health coverage, but for everyone who exercised their civic duty in opposing such a misguided and dangerous proposal.”

As it was, the proposal would have altered critical components to the Affordable Care Act currently in place by things like freezing Medicaid/ Medi Cal funding, defunding Planned Parenthood and eliminating health care taxes for employers and those with high income. Some other ACA components could still be repealed in the future, according to the healthcare enrollment website, obamacarefacts.com. Those include:

“The decision by the House leadership to pull its health care proposal and not proceed with a vote is a reflection of the power that ordinary Americans have when we speak up,” said members of the Communications Workers of America via a recently released statement.

“This bill was misguided from the start. It was a giveaway of more than half a billion dollars to the richest of the 1 percent and big corporations at the expense of health coverage for working families, seniors and children.

“It would have harmed millions of Americans as a result of the proposed cuts to hospitals, health care services, Medicaid and other coverage.”

Said California Assemblymember Mike A. Gipson, “Today the people of the United States won a victory in retaining the Affordable Care Act (ACA), thereby protecting crucial health benefits throughout the nation. Members of Congress, both Democrats and concerned Republicans, expressed that they would vote their conscience and in the best interest of their constituents. In the end, those Republican representatives on the fence ultimately realized that the proposed GOP Health Care bill was equivalent to playing Russian roulette with human lives.

“As chair of the California Assembly Democratic Caucus, we look forward to building upon the ACA and continuing to champion the health of Californians.”

During interviews following the withdrawal, Trump pointed toward Democratic Party obstinacy as the reason for the bill’s failure. But in light of recent events, some in the White House are questioning the Trump Administration’s ability to handle other major affairs on their agenda, like tax reform and infrastructure budgets.

“The pulling of this bill reflects the White House’s devastating inexperience and the inability of the Republican Party to effectively govern this body,” said Congresswoman Karen Bass

“I hope that the past weeks have sent the White House a strong message on behalf of the American people about their plans for the future of healthcare in our country.”