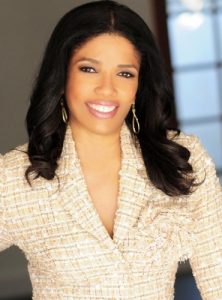 When you’ve displayed the courage of Pee-Wee Herman your entire adult life, you probably shouldn’t mess with one of the most brave and revered men on Capitol Hill. But that’s exactly what happened last week when Donald J. Trump characterized civil rights icon John Lewis as a man of all talk and no action. The bruhaha started when Lewis said clear-cut evidence of Russian interference in the last election—meddling that was designed to benefit Trump—made him an illegitimate president.

Lewis’ claim bruised Trump’s delicate ego to the point that he unleashed a tweet firestorm, saying “Congressman John Lewis should spend more time on fixing and helping his district, which is in horrible shape and falling apart (not to mention crime infested) rather than falsely complaining about the election results. All talk, talk, talk – no action or results. Sad!”

But a simple Google search would tell anyone interested in knowing which of the two men is a civil rights hero, and which one is a narcissistic, whining elitist that’s never fought for the rights of anyone–except his and his families.

Let’s start with the elitist! While brave young American men were suffering the horrors of war in the 1960s—bleeding and dying while fighting in the jungles of Vietnam—Donald J. Trump was comfortably living off his daddy’s money in Philadelphia. While attending the Wharton School of Business in Pennsylvania, Trump avoided serving his country during the war by obtaining four student deferments, including a 1-Y medical deferment in 1968 for “heel spurs.”

Trump prides himself on this kind of slight-of-hand, avoiding real pain while the rest of us pay the price. After all, the billionaire famously said avoiding paying taxes, “makes me smart.” One can only assume Trump felt ducking the war made him smarter than the black, white, Hispanic and Asian men who died on the battlefield. But what it doesn’t make Trump is brave or heroic. Those titles are reserved for men like John Lewis, who earned real battle scars fighting for civil rights in the 1960s.

While Trump was just beginning to perfect his technique of sexually harassing women, Lewis was organizing sit-in demonstrations at segregated lunch counters in Nashville, Tennessee. In 1961, Lewis risked life and limb by participating in the Freedom Rides, which challenged segregation at interstate bus terminals across the South. On more than one occasion, Lewis was bloodied and beaten by angry mobs, and arrested by police for challenging Jim Crow laws in the South.

By 1963, Lewis was dubbed one of the Big Six leaders of the Civil Rights Movement. At the age of 23, he was tapped to be a keynote speaker at the historic March on Washington in August 1963.

In 1964, Lewis was a driving force behind voter registration drives and community action programs during the Mississippi Freedom Summer. The following year, Lewis—along with civil rights leader Hosea Williams—led more than 600 peaceful protestors across the Edmund Pettus Bridge in Selma, Alabama. The group planned to march from Selma to Montgomery to generate support for voting rights in the state, but Alabama state troopers intercepted the marchers, savagely beating them in a brutal assault that came to be known as “Bloody Sunday.” News footage and photographs captured Lewis in the middle of the melee, and when the revolting images were broadcast around the world they helped hasten the passage of the Voting Rights Act of 1965.

Despite more than 40 arrests, physical attacks and serious injuries, John Lewis repeatedly risked his life for the ideals and principles he believed him. It’s a stark contrast to Donald Trump, who only risks other’s people money to enrich himself.

Simply stated, Donald Trump couldn’t walk in John Lewis’ shoes. But more than that–he’s not even fit to carry them.

WHAT DO BLACK PARENTS WANT?