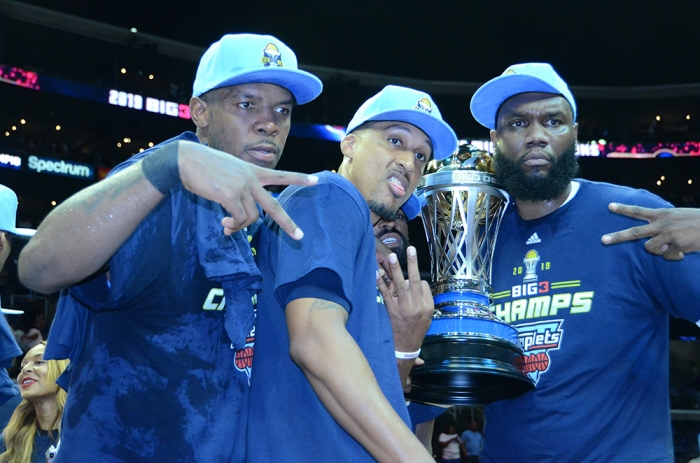 A high-screen is set at the top of the key; Joe Johnson edges past the screener, catches the quick inbound pass, and fires a 3-pointer to win the game! The BIG3 season is officially over, and the Triplets are 2019 BIG3 champs!

During Sunday’s game, Coach Leslie received coach of the year honors with a championship victory. Leslie, Hall of Famer and WNBA legend, is the second woman to win coach of the year, voted on by players and coaches in the league. 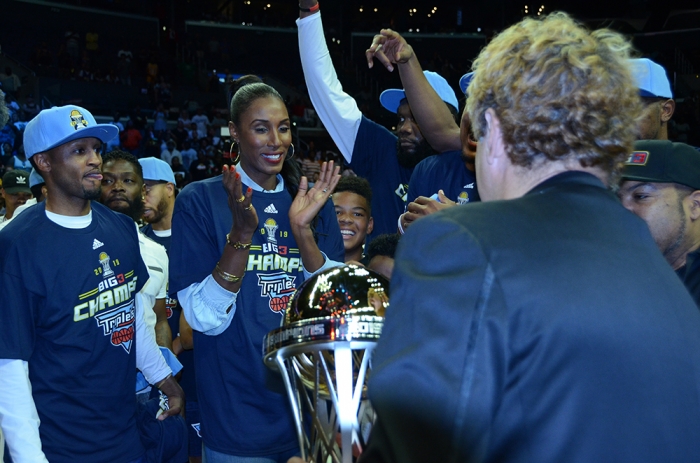 Leslie, who once also led the Los Angeles Sparks to two back-to-back WNBA Championships—in 2001 and 2002, showed sound coaching ability, leading the Triplets to a championship title her first season as coach. Each team put on a hard-fought display, amid post-game interview Leslie said, “At the end of the day, [we] all have the same passion, fight, and a will to win.”

Killer 3’s star guard and NBA champion Stephen Jackson recorded an exciting 19-points, nine-rebounds and a block in his battle against ISO Joe. Jackson who guarded Johnson most of his offensive possessions showcased a fantastic defensive competitive spirit rarely celebrated. Killer 3’s head coach and long-time New York Knicks Power Forward, Charles Oakley, is known for his blue-collar defense, spearheaded much of the team’s defensive strategy. However, even with the defensive showcase, Jackson could not successfully stop Johnson, who drained the game winning shot to seal the game. 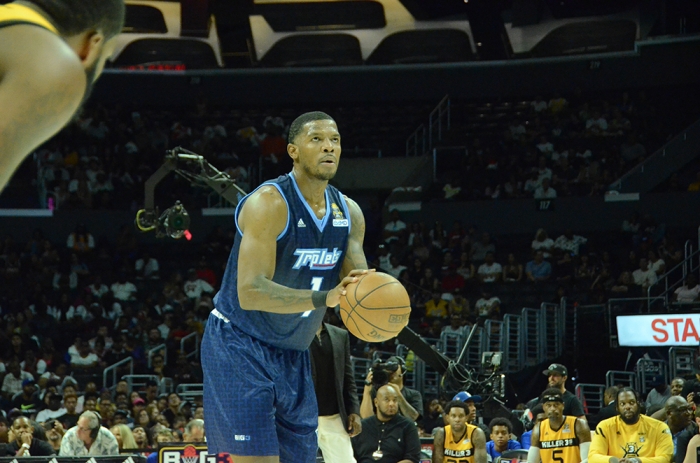 Joe Johnson dominated in his first BIG3 season, receiving MVP honors, leading the league in points (175), assists (31), field-goals made (63), and 4-pointers made (4). At 38 years old, it is fair to say Johnson can still play at a high level leading Triplets with 28-points, six-rebounds, and four-assists; including, the championship winning 3-point shot in front of the Los Angeles Lakers star point-forward, LeBron James. When asked about the last shot, Johnson said, “It was a momentum shot. I knew we needed three points to win, and I wanted to take that shot. Not only for myself, but for my teammates as well.”

According to a report from ESPN’s Marc Spears, Johnson is set to work out for the Los Angeles Clippers, among several other NBA teams. BIG3 co-founder Ice Cube said via Twitter, “Remember this, whether Joe gets picked up or not. The fact that NBA teams are even looking at our players is a huge win for the BIG3.” 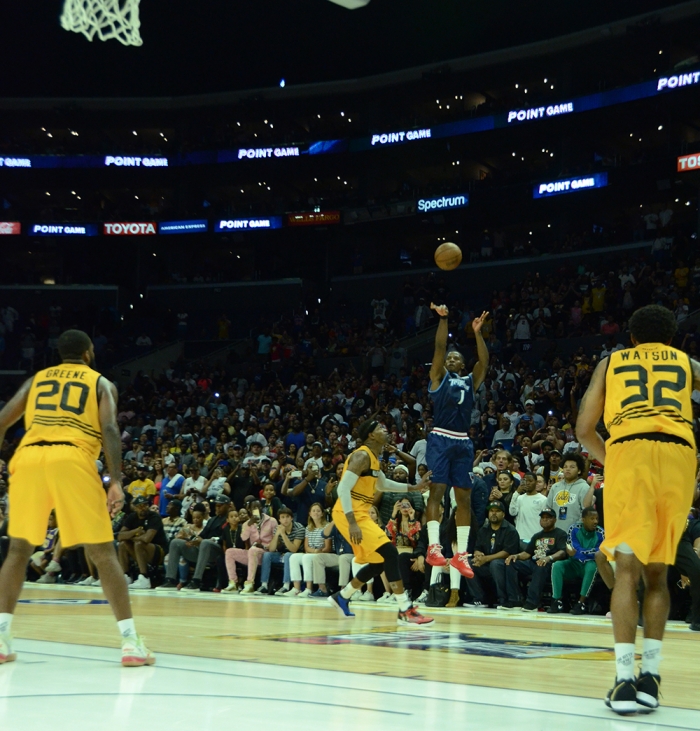 When asked about the difference between playing in the NBA versus playing in the BIG3, Triplets guard Jamario Moon (11-points, 9-rebounds) said, “The biggest difference is the physicality, but the talent level is the same. Everybody wants to win.” In addition, Alan Anderson, a tenacious multiple position guard recorded 11-points, eight-rebounds, and four-assists in Sunday’s matchup. Triplets’ co-captain and accomplished NBA Center Al Jefferson made momentous in-game decisions and scrappy plays, along with Jannero Pargo, and Sergerio Gipson.