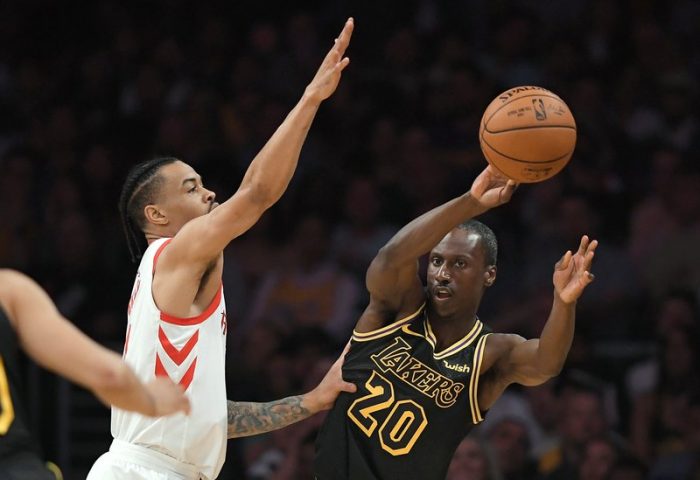 For four quarters the Lakers fought, thirsty to give the Western Conference leaders, the Houston Rockets, their 17th loss. Despite losing to Houston 105-99, the contest was a thrilling conclusion to the Lakers home-game stint.

In need of assistance, the franchise called up sharp shooting forward Andre Ingram from the G League. Ingram was in NBA purgatory for 10 years and greatly aided the Lakers on his first night in the NBA.

“He showed the basketball world tonight what kind of shooter he is,” said Lakers head coach Luke Walton. “We were bringing him up because we thought he could help us, we got bodies down and he can shoot the ball.”

Shooting six of eight from the field and four of five from behind the arc, Ingram scored 19 points. Ingram spoke well of his time in the G League, calling it “preparation.”

The Lakers started the game with a 7-2 run, but the Rockets bounced back. Guard James Harden’s shots could not be contested, Paul deceived the Lakers defense to make buckets. Houston finished the first quarter ahead 23-16.

Ingram launched two three-pointers to get the Lakers back into the game and bringing thunderous roars from the crowd.

“Everyone was like ‘man, when you get [the ball] just let it go’ everyone was like that, all the players, all the coaches,” Ingram said. “That was the best feeling about all of it going down, these guys were going crazy.”

A few plays later, forward Luc Mbah a Moute elevated for a dunk and dislocated his shoulder.

“Same injury, same shoulder twice,” Harden said. “But he’s a soldier, he’s going to bounce back stronger than ever.”

Forward Gerald Green edged off the efforts of Hart and Ennis. Harden scored 19 points in the first half, warding the Lakers off with a 56-48 advantage. 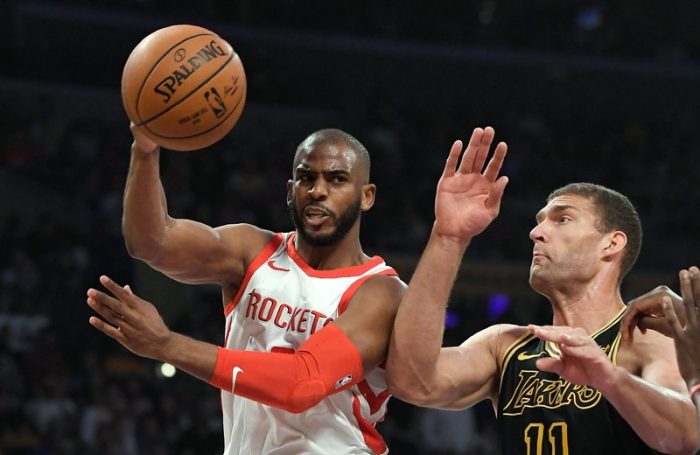 After playing for 14 minutes, Ingram hit all eight shots he attempted, scoring 11 points. He was the only Lakers player to reach the double-digits by halftime.

“He looked great. I am so happy for him,” Randle said. “True testament for hard work and never giving up.”

Center Brook Lopez, Randle, and Hart ignited a eight-point run. Guard Kentavious Caldwell-Pope sank a three-pointer, giving the Lakers a three-point lead in the first three minutes of the third quarter. Forward PJ Tucker and Ariza rebutted the Lakers efforts, Capela tied the game at 68 off a finger roll lay up.

The Lakers remained competitive until the last two minutes of the third.  The Rockets went on a nine-point run and went into the fourth ahead 82-75.

Houston pushed the pace also and continued to keep their dominance over the game. With less than two minutes left, Ingram hit a much needed three, electrifying the crowd. The Lakers were then within three points of the leading team in the Western Conference.

Yet the game slipped out of the Lakers grasp, freethrows by the Rockets would give the team a six-point advantage at the final buzzer.

The Lakers will battle the L.A. Clippers in their final game of the season on Wednesday, April 11 at 7:30P.M.