“If Black Lives Matter, why do they kill each other?”  Why is violence more the rule than the exception?  Why more and more gangs and drugs?  Why is life no longer sacred?

These questions are posed by many people, including African Americans, who cannot get beyond the perceived ‘totally dysfunctional” behavior of young Black   males, in inner cities across this country.

With disturbing predictability, media reports on African American youth violence and killing each other as though they were genetically disposed to be violent, that’s nonsense. Except for the most sensational cases, their behavior is not news and the media makes virtually no reference into the causal factors for such behavior. Blacks, especially, should understand the   silence of their politicians also contributes to the violence and killings. In 2015, following several years of reduced violent crimes, the Los Angeles Police Department reported a significant increase in these crimes despite “new” community policing efforts. Barely a word was heard from the city or county elected officials.

Black youth in urban America exist in an environment of negativity and failure that    permeates every aspect of their lives.  The underlying social, economic and political factors must be understood, not to absolve them of responsibility for criminal behavior, but to better understand the broader implications, for Black youth and society. Social, political, psychological and economic complexities are interrelated and must be treated as such.

The self-image of large numbers of inner-city Black youth is severely damaged at an early age.  Their attitudes and behavior reflect a battle with conditions and problems for which they are not responsible. Conditioned inferiority becomes a vicious norm and personal pride is  at a premium because so many Black youth must deal with systemic adversity daily.

Psychological coping devices include rationalization for failure and developing elaborate subcultures which may involve drugs, gangs, exaggerated macho and violent behavior.  These   help many young African Americans to survive, but the price is devastating.

Here’s an example of the dysfunctionality of the inner-city environment: African American youth have long called academic achievers “acting white.” But for the accusers, the norm is academic failure.  It includes dressing, talking, behavior and even “walking Black.”  It also involves the ability to “waste” (hurt or even kill) an adversary.  Such hardened “pride and respect” conspicuously rejects societal mores.

An especially vexing question is why so many Black youth are vulnerable to such destructive coping mechanisms.  Denouncing educational achievement as “acting white,” for example, must be understood within a much broader context.

Schools tell typically “unruly” youth to work hard, behave themselves, respect others’ rights, obey the law and they will be successful.  These young people’s life experiences suggest something far different.  They may be as intelligent as any others, but know they are neither valued nor respected.  Early in life, they learn that they are treated differently and find that things don’t work out for them even if they follow all of the rules.

Sadly, students achieving academically and accused of “acting white,” often develop “cover-up” methods.  One such technique is to hide their academic aspirations and abilities by not volunteering or speaking out in class.  Another is to emulate the mannerisms of their accusers who are not doing well in school. And increasingly, motivated and achieving African American students are being pressured into altering their behavior in order to survive in an environment which itself reflects the values and morality of a racist society.

African American adult males are, for the most part, spectators of the tragic scenario engulfing its youth.  Adults of every socio-economic level commiserate over escalating crime and violence among youth, but for reasons known and obscure, these same adults do not take a meaningful role in alleviating the problems confronting their children. Fundamentally, of course, problems confronting the youth are substantially the same as those confronting Black adults.  It follows that many of the latter either deny or minimize the systemic barriers that affect their own lives.

Although many African American youth are disproportionately involved in violent crime, as a group, they are not psychologically ill, as too many believe.  Considering the enormous stress they experience constantly, it is a wonder that most inner city Black children manage to adjust and survive reasonably well.  But the price is high.  As mentioned, these youth, victims of a dispassionate society, are largely blamed for conditions over which they have no control.

African American adults must assume a more active role in helping Black   youth. Actually, they have primary responsibility for doing so. (White America’s position is clear: it neither cares nor assumes any responsibility for the Black child.)  The African American community must accord the problems of youth top priority.  But as long as adults tend to characterize all inner-city African American youth as violent, incorrigible, lazy, etc., (the Bill Cosby syndrome), there is little chance the political will and resources needed to alleviate the problem will be forthcoming.

The ultimate tragedy is not only excessive violence and loss of human lives; it is also the loss of hope and life-sustaining motivation by generations of African American youth born in a nation whose pronouncements of justice and equality are but a cruel mockery of the countless lives it relegates to failure and early death. 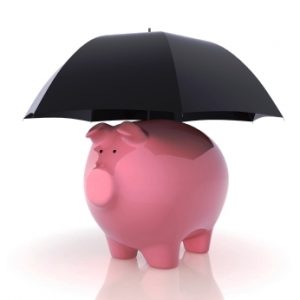