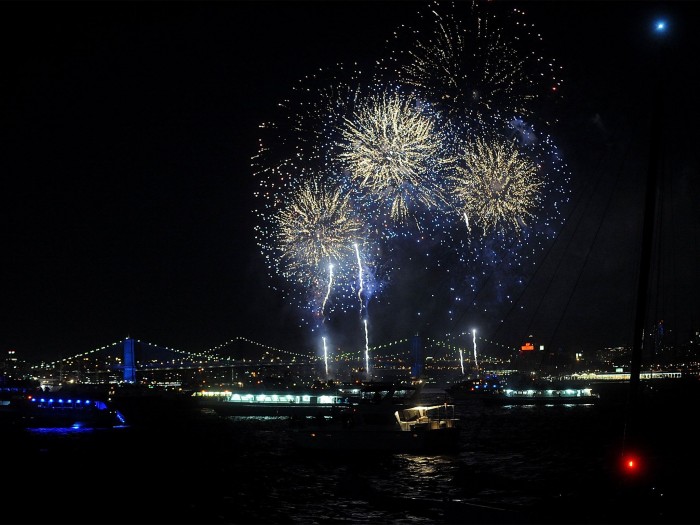 The 4th of July has been officially recognized as a holiday since 1941. Celebrations of the date, however, go back to the time of the American Revolution.  The Declaration of Independence, primarily written by Thomas Jefferson, was adopted by delegates of a Continental Congress on July 4, 1776, two days after that body voted to become independent of Great Britain.

Remarks made by President Barack Obama at last year’s Independence Day Celebration at the White House were delivered to an audience of U.S. military service personnel, their spouses and families:

“Two hundred and thirty-eight years ago, our founders came together and declared a new nation and a revolutionary idea: the belief that we are all created equal; that we’re free to govern ourselves; that each of us is entitled to life and liberty, and the pursuit of happiness,” said President Obama.

“And in the generations that have followed,” he continued, “through war and peace, through depression and prosperity – these truths have guided us as we have built the greatest democratic, economic, and military force the world has ever known.”

While the president’s statement was to be expected, its sentiment has not necessarily been shared by many African Americans – both in the past and present day.

During the 1960s Malcolm X was one of the most strident critics of U.S. foreign and domestic policy, especially in regards toward Black people.  He regularly reminded his audiences that Black people’s origins in this country were not the same as others, telling us that we didn’t land at Plymouth Rock like the Pilgrims but Plymouth Rock landed on us:

“ … No I’m not an American. I’m one of the 22 million black victims of Americanism; one of the 22 million Black victims of democracy, nothing but disguised hypocrisy,” Malcolm told a Cleveland, OH audience in April of 1964. “So I’m not standing here speaking to you as an American, or a patriot, or a flag-saluter or a flag-waver – no, not I.  I’m speaking as a victim of this American system.  And I see America through the eyes of the victim.  I don’t see any American dream. I see an American nightmare,” he said.

During his lifetime Malcolm X was painted by whites and some civil rights activists as an extremist whose views reflected a minority in the Black community. Yet, a closer look shows that Malcolm’s pronouncements showed a similarity with many Blacks who could hardly be considered extremist.

“’We, the people’ … It is a very eloquent beginning. But when [the Constitution of the United States] was completed on the seventeenth of September in 1787 I was not included in that ‘We, the people,’ said Congresswoman Barbara Jordan of Texas.The first Black woman to be elected to the U.S. House of Representatives from a Southern state, Jordan was speaking during the impeachment hearings of President Richard Nixon on July 25, 1974.  “I felt somehow for many years that George Washington and Alexander Hamilton just left me out by mistake,” Jordan said.

More than one hundred years before Malcolm X’s comments, the words of Frederick Douglass cut through the pomp and circumstance of the holiday with razor sharp precision. An escaped slave who learned to read and write surreptitiously, Douglass was the country’s foremost slavery abolitionist and orator during the 19th century.  His address to a Rochester, NY audience celebrating Independence Day on July 5, 1852, is a classic piece of literature. Entitled “What to the Slave Is the Fourth of July?,” the most scathing – and oft-quoted paragraph – of Douglass’ 10,387-word speech answers that question:

“ … a day that reveals to him, more than all other days in the year, the gross injustice and cruelty to which he is the constant victim. To him, your celebration is a sham; your boasted liberty, an unholy license; your national greatness, swelling vanity; your sounds of rejoicing are empty and heartless; your denunciations of tyrants, brass fronted impudence; your shouts of liberty and equality, hollow mockery; your prayers and hymns, your sermons and thanksgivings, with all your religious parade, and solemnity, are, to him, mere bombast, fraud, deception, impiety, and hypocrisy — a thin veil to cover up crimes which would disgrace a nation of savages. There is not a nation on the earth guilty of practices, more shocking and bloody, than are the people of these United States, at this very hour.”

In the aftermath of the massacre of nine African American men and women in Charleston’s (SC) Emanuel AME Church, a burgeoning movement to remove the Confederate Stars and Bars flag has developed.  The Confederate flag, given pride of place in many southern state capitols, is associated with white supremacists including Dylann Roof, the young man who confessed to shooting the nine people in attendance at Emanuel.  As a response to that movement, cultural critic and Senior Writer at The Root dot com Kirsten West Savali recently declared via Twitter that, “ … The US flag is as much a symbol of oppression and terrorism against Black people as the Confederate flag.  The dehumanization and oppression of Black people is not only built into the Constitution, it’s an American past-time that takes place under the Stars and Stripes. Violence against African Americans is frequently sanctioned by government and rarely penalized by law.”

Recently, The Sentinel spoke to some individuals to hear their thoughts on celebrating the 4th of July and its meaning for Black folks inside the U.S.

“It’s a reminder of the ways in which we have accepted the erasure of the repression of African people in this country; an example of the degree to which we are willing to deny ourselves and our ancestors and the torture we’ve endured in order to connect us to an empire called the United States of America, said Nana Gyamfi, a local attorney.

Gyamfi has brought numerous racial and sexual discrimination lawsuits against the City of Los Angeles and she is currently representing several members of Black Lives Matter-Los Angeles on various protest-related charges.  She was also featured in the recent HBO documentary “The Grim Sleeper.”

“And so with every “rocket’s red glare” and every “bomb bursting in air,” I think of all those folks who have been blasted away domestically and internationally by this country in the name of its freedom.  Its right to exist. And it strengthens my resolve for the liberation of my people,” Gyamfi said.

Newly-elected Los Angeles City Councilmember Marqueece Harris-Dawson remarked that Independence Day was a good opportunity to “raise the contradictions” between what the U.S. says and what it actually does, especially in regards to African Americans.

“The call for patriotism, a lot of times, rings hollow when you’re dealing with things like the Ezell Ford shooting and the church massacre in South Carolina,” Harris-Dawson said.  The 8th District Councilmember said that summer time always brings a host of outdoor, celebratory activities and, “your focus isn’t necessarily on celebrating the military victory of the United States over the British, it’s [focused] on the condition of the people in your community and your brothers and sisters and family.”

Relaxing and enjoying family and friends appears to be the main reason many in the Black community look forward to partaking in July 4th festivities.

“A day off from work and barbecue. And sparklers … I love the sparklers,” said Lorna Bryant. “I was afraid of them as a child but they grew on me as I got older.  I’m not afraid of them anymore.”

Bryant grew up on Brynhurst Avenue in Park Mesa. Every year for the last 15 years or so, the four-block stretch of the street becomes one big July 4th Block Party. The street is blocked off, jumpers for the children are inflated, a DJ sets up shop and many homeowners place lawn chairs in the front yard, along with portable canopies for shade. And of course, there are barbecue pits. The gathering is so popular that scores of people drive into the neighborhood from other areas of the city. Attendance each year is estimated to be at least a thousand people.

Bryant recalls that her parents had no problem with her enjoying fireworks on the July 4th – as long as they were someone else’s.  According to Bryant, her frugal parents frowned on spending money on fireworks that could have put food on the table.

Frederick Douglass’ address, “What to the Slave Is the Fourth of July?,” is reprinted at www.teachingamericanhistory.org 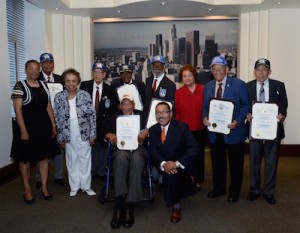 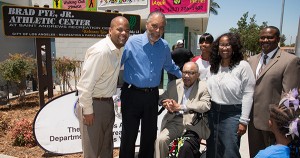 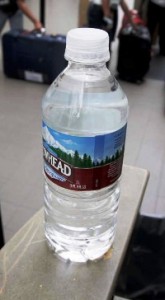 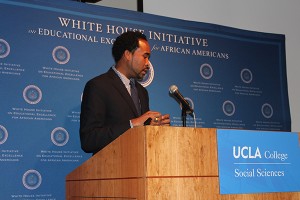 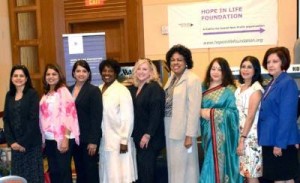 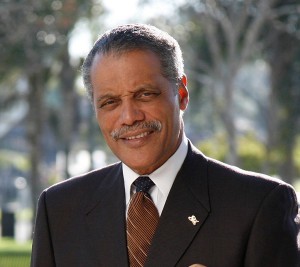