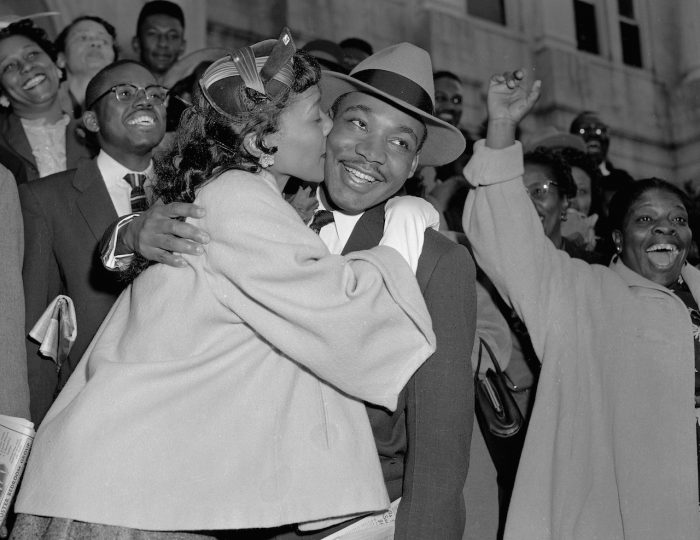 The Rev. Martin Luther King Jr. is welcomed with a kiss by his wife Coretta after leaving court in Montgomery, Ala., March 22, 1956. King was found guilty of conspiracy to boycott city buses in a campaign to desegregate the bus system, but a judge suspended his $500 fine pending appeal. (AP Photo/Gene Herrick)

There isn’t much that hasn’t already been said (and written) about civil rights icon Martin Luther King, Jr. The great orator could articulate his perspective on the plight of Black people with a style, grace and passion that inspired millions of people, Blacks as well as those of other races, to willfully follow him. In the presence of adversity, and often mistreatment of a physical fashion, he urged his supporters to not fight back.

In an attempt to go against the grain, these are some lesser known aspects of Dr. King’s illustrious life, from the mundane and downright trivial to the bewildering pieces of his story.

Being named after one of the most prominent religious visionaries in history certainly came with its aspirations. Much like his famous namesake, King quickly developed an interest in questioning the status quo. By some accounts he was arrested more than 30 times throughout his life for fighting in what he believed in.

One of the biggest question marks surrounding the tragedy of Dr. King’s life, was why he was killed in the first place? One could argue it was because he was a civil rights activist from the south, preaching freedoms and civil liberties for people of color in an environment least conducive to do so. 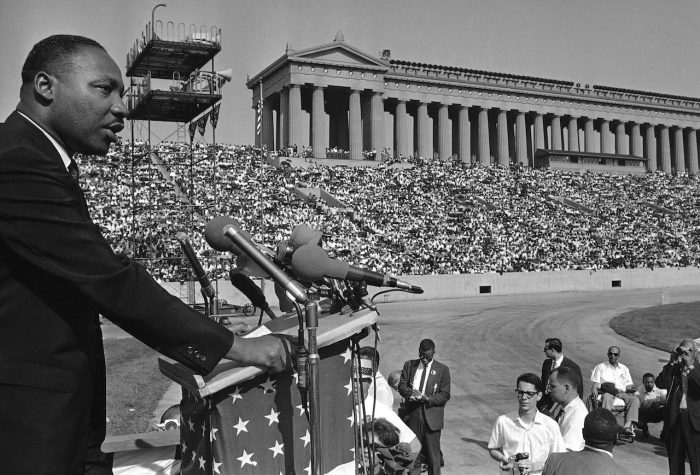 However, one could also argue it wasn’t because he was a civil rights leader, but because he shifted his focus from civil rights onto the problems with capitalism in America as a whole. Martin Luther King, Jr. had been a figurehead and in the public sphere for years up to that point. It remains disconcertingly suspicious that Dr. King talked about civil rights for nearly a decade, which was obviously not without its own dangers; but why was it only a year or two after pivoting focus onto trying to help poor people break the shackles of the capitalist undertones of their lives that he was killed?

In his speech at the Southern Christian Leadership Conference in Atlanta, Georgia on August 16, 1967, he called out the United States for its poor management of poverty within its borders.

“And one day we must ask the question, ‘Why are there forty million poor people in America? And when you begin to ask that question, you are raising questions about the economic system, about a broader distribution of wealth.’ When you ask that question, you begin to question the capitalistic economy. And I’m simply saying that more and more, we’ve got to begin to ask questions about the whole society…” 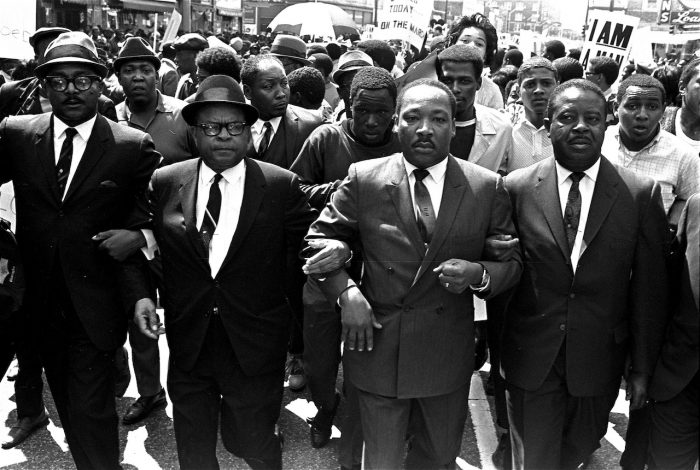 The Fight Still Carries On

To many alive today, what Dr. King was fighting for and what he represented seems like ancient history. For many, his “I have a Dream” speech did mark the turning point for a new era in U.S. history: a post-modern, colorblind nation where people are truly judged “not by the color of their skin, but by the content of their character” over all else. His dream began to find ground in reality, and the nation made great strides to even the playing fields of opportunity.

But now, 51 years after his tragic death on the balcony of that Memphis, Tennessee motel, has the execution of his dream of economic equality gone stale, or at the very least stagnated?  What do current data and statistics tell us about the status of  Black people in America today?  Would Dr. King be satisfied with the progress, or frustrated by the lack thereof?

The legend and legacy of Martin Luther King Jr. was not isolated, in fact his martyrdom was known worldwide, with the oppression of Black Americans shocking populations overseas. 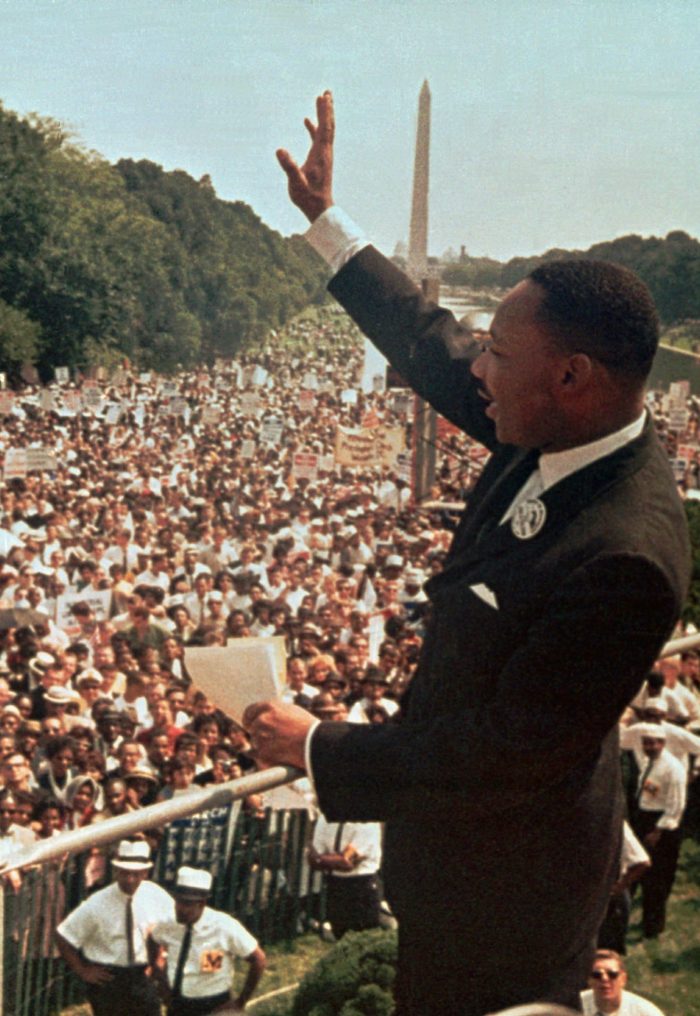 In the years during his most poignant efforts, as well as the first years following his assassination, life did improve for Black people in our country.

However, since the 1980s we have seen troublesome declines in Black upward mobility, while increases in Black homelessness, and incarcerations have remained percentage-wise much higher for persons of color, particularly Blacks; now we’re seeing an increase of Black women going to prison.

Images are certainly not better. The hip-hop industry, while providing wealth to a handful of talented artists, has in too many cases promoted lifestyles and images of Black life in America that steer young people in directions of negative, destructive destinations.  Ironically, the artform has exploded into the mainstream where it is becoming normalized as a legitimate lifestyle. 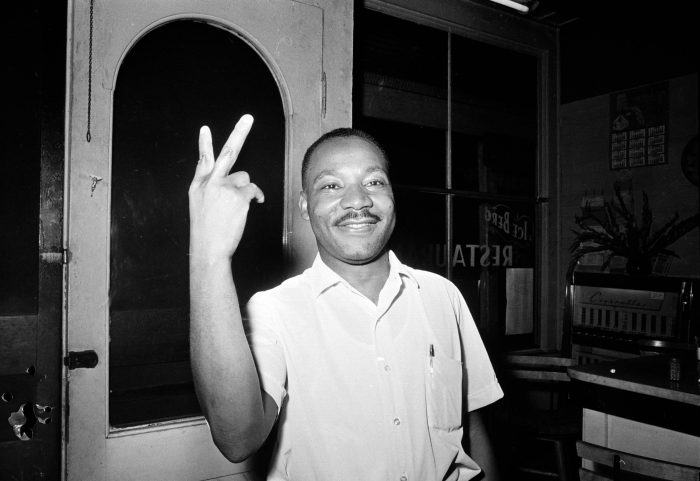 Some troubling statistics from the LA Times:

Black Americans have struggled perpetually to move up the economic ladder. African Americans are less likely than Whites to own homes or invest in the stock market simply because they have less disposable income to do so.

The Economic Policy Institute found that Black-White wage gaps are larger today than they were in 1979. Their study showed that even when African Americans attend college and work hard to establish themselves in their respective fields, they still earn much less than their White counterparts even with a comparable educational background. In fact, the largest wage gap in the United States isn’t between men and women, it is the most prominent between college-educated Blacks and Whites.

This data also suggests Blacks are still suffering from judgement based on skin color, not necessarily the content of character. And that leads to an obvious conclusion. The work and legacy of Dr. King, along with well-intended laws and policies to promote social, economic and racial justice and equality have limited impact if we, as a people, don’t have our house in order. The accomplishments of a few talented, diligent individuals have not, and will not change how Black people on the whole are seen in America. We have much work to do as a race to also look inward, accept responsibility for ourselves, establish cultural positive cultural and behavioral norms, and hold ourselves and our Black brothers and sisters accountable to improve the content of our collective character.

What Do Black Parents Want?

The Compelling Need and Notion of Freedom: Retrieving Our Expansive Concept...

Kamala Harris is Right Choice to ‘Save our Country’ 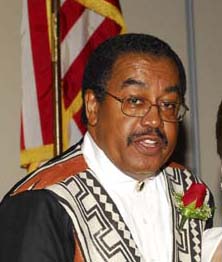 “The Wall is an Antiquated Symbol Of Pure Racism”