The Broad Stage presents True Blues – Corey Harris and Guy Davis — on Friday, September 28 at 7:30pm.  Harris and Davis, two leading performers of acoustic blues, will each perform a set of their own before coming together onstage to celebrate the extraordinary music that has shaped their multifaceted careers.

Harris is a 2007 MacArthur Grant recipient who “forges an adventurous path marked by deliberate eclecticism” and was featured in Martin Scorcese’s The Blues: A Musical Journey, which followed him on a roots-seeking journey to West Africa.

He has earned critical acclaim as one of the few contemporary bluesmen able to channel the raw, direct emotion of acoustic Delta blues. Along with Keb’ Mo’ and Alvin “Youngblood” Hart, he raised the flag of acoustic guitar blues in the mid-1990s.  Although well versed in the early history of blues guitar, he’s no well-mannered preservationist, mixing a considerable variety of influences – from New Orleans to the Caribbean to Africa – into his richly expressive music.

Grammy nominated guitarist, vocalist, harmonica player and story-teller, Guy Davis has spent his musical life carrying his message of the blues around the world, from the Equator to the Arctic Circle, earning him the title “An Ambassador of the Blues.” His work as an actor, author, and music teacher earmark him as a renaissance man of the blues.  Growing up in a family of artists (his parents were Ruby Dee and Ossie Davis), he fell early under the spell of Blind Willie McTell, Big Bill Broonzy, Lightnin’ Hopkins, Babatunde Olatunji and Fats Waller.

Davis most credits the legendary Sonny Terry, stealing and crediting from him everything that he could.  Davis said, “To me, a bluesman is somebody who has to carry a knife or a gun and enter dangerous situations and sometimes fuel it with alcohol—That’s not who I am. I call myself a blues musician, and to me the blues is a broad title. I include some ragtime, I make a nod to New Orleans, and a nod to the fife and drum players. And I always include things that make you want to dance.”

Tickets are on sale at www.thebroadstage.org or by calling 310-434-3200.
Jazz & Blues at The Broad Stage is made possible by a generous gift from Richard and Lisa Kendall 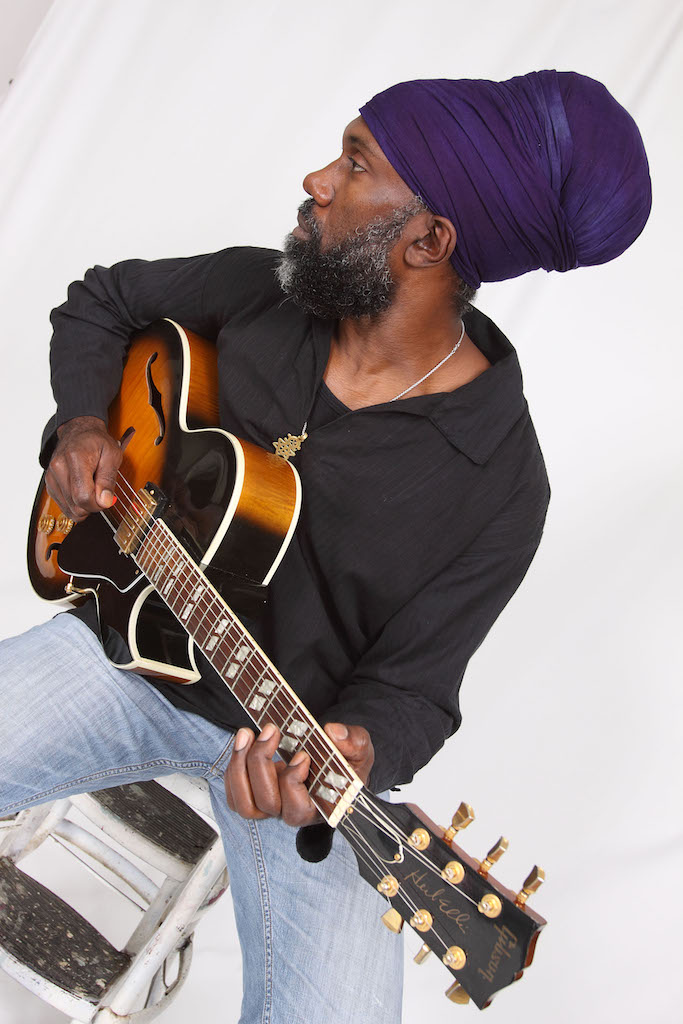 About the Artists
Corey Harris is a guitarist, vocalist, songwriter and band leader who has carved out his own niche in blues. A powerful singer and accomplished guitarist, he has appeared at venues throughout North America, Europe, Brazil, Caribbean, West Africa, Asia, Australia and New Zealand. He began his career as a New Orleans street singer, travelling throughout the southern U.S. In his early twenties he lived in Cameroon, West Africa, for a year, which had a profound effect on his later work. He has recorded many old songs of the blues tradition while also creating an original vision of the blues by adding influences from reggae, soul, rock and West African music. His 1995 recording, Between Midnight and Day, is a tribute to the tradition of acoustic blues. Subsequent recordings, such as Greens From the Garden (1999), Mississippi to Mali (2003), and Daily Bread (2005) show his maturation from interpreter to songwriter. Some of his imaginative compositions are marked by a deliberate eclecticism; other works stay true to the traditional blues formula of compelling vocals and down-home guitar. With one foot in tradition and the other in contemporary experimentation, he is a truly unique voice in contemporary music. 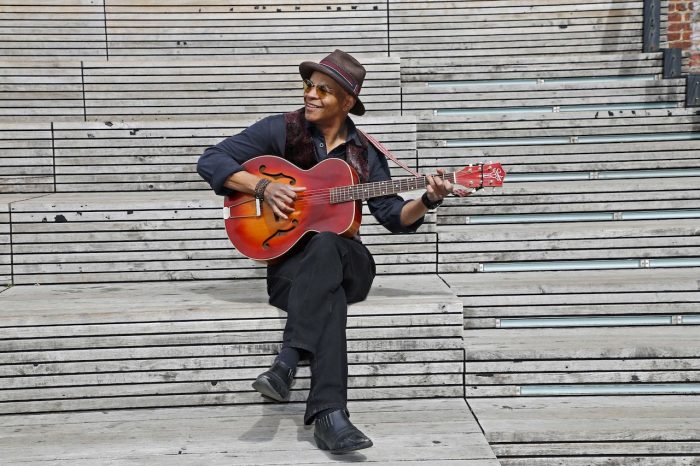 GUY DAVIS’s much-praised 1995 debut, Stomp Down the Rider on Red House Records, marked the arrival of a major talent, earning acclaim for his deft acoustic playing, his well-traveled voice and his literate, yet highly accessible, song writing. He’s barely rested since then, taking his music to television (the Conan O’Brien and David Letterman shows) and radio (A Prairie Home Companion, Mountain Stage, World Cafe, E-Town), as well as performing at theaters and festivals. His parallel careers – as a musician, an author, a music teacher and a film, television and Broadway actor – mark him as a Renaissance man, yet the blues remain his first and greatest love. Guy’s one-man play, The Adventures of Fishy Waters: In Bed With the Blues, premiered Off-Broadway in the ’90s and has since been released as a double CD.

He went on to star Off-Broadway as the legendary Robert Johnson in Robert Johnson: Trick The Devil, winning the Blues Foundation’s “Keeping the Blues Alive” award. He followed the footsteps of another blues legend when he joined the Broadway production of Finian’s Rainbow, playing the part originally done in 1947 by Sonny Terry. Along the way he cut nine acclaimed albums for the Red House label and four for his own label, Smokeydoke Records; and was nominated for nearly two dozen Blues Awards.

The Eli and Edythe Broad Stage at the Santa Monica College Performing Arts Center opened its doors in October 2008. The Broad Stage is an artist’s dream and an audience’s delight.  Unlike any performance space in the country, it is sublimely intimate with just over 500 seats and strikingly grand at the same time–allowing eye contact with artists from the boxes to the back row–forging a new kind of artist and audience experience in Los Angeles. Boasting one of the city’s largest proscenium stages, The Broad Stage offers theatre, dance, film, opera, jazz, world music, musicals, symphony and chamber orchestras, family programming and more. Each genre features superlative talent from every generation and around the globe. No other performing arts center west of the 405 can boast such consistently stellar lineups of performers, including André Watts, Anna Netrebko, Sir James Galway, Sutton Foster, Preservation Hall Jazz Band, Mikhail Baryshnikov, Patti LuPone, Aaron Neville, Lee Ritenou, Dave Grusin, Joshua Redman, Lil Buck, Bobby McFerrin, Helen Hunt, Academy of St Martin in the Fields and many others.
In addition to The Broad Stage, The Edye, our 100-seat black box theater, presents new, developing and innovative work in theatre, music and dance as part of our Under the Radar Series, as well as offerings from our other genres. Featuring younger, emerging artists, chamber pieces and plays, programming at The Edye reflects the dynamic nature of the space and allows for the latest, most exciting artists to be booked on short notice.  The Broad Stage’s Education and Community Programs offer opportunities for cultural exposure through various student events, currently reaching more than 20,000 children, parents, educators and community members every year. 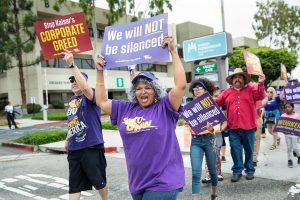 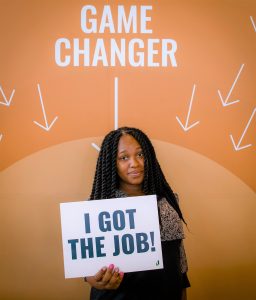 LeadersUp ‘Hires the Next Generation of Talent’ at the Taste of Soul Fa...