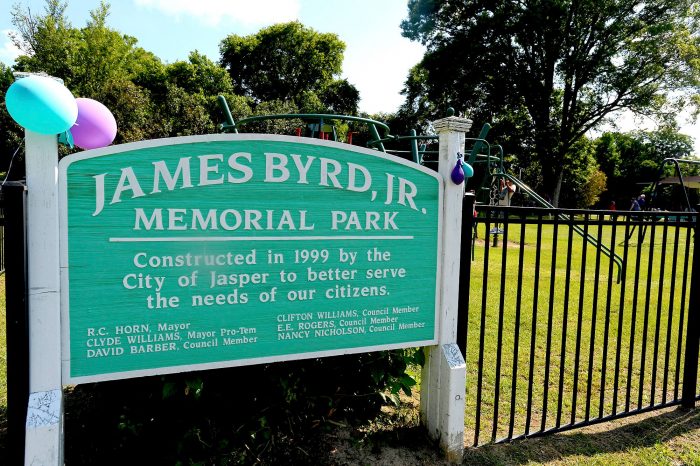 This Thursday, June 7, 2018 photo shows the James Byrd Jr. Memorial Park which was built in his honor after his murder. The family hosted a family fun day at the park to promote community unity on the 20th anniversary of his death. (Ryan Pelham/The Beaumont Enterprise via AP)

Relatives of a Black Texas man who was dragged to his death 20 years ago by three White men in a pickup truck have dedicated a bench in his honor.

Byrd’s family gathered Thursday at the Jasper County Courthouse to memorialize him with the bench, then spent the day in a park named after him, the Beaumont Enterprise reported.

His daughter, Renee Byrd Mullins, said she hopes to remind the community that “hate is a learned response.”

The bench outside the courthouse where two of the men were convicted in Byrd’s killing is engraved with the words, “Be the change you want to see in the world.”

Lawrence Brewer was executed for Byrd’s killing in 2011. John King is on death row and Shawn Berry is serving a life sentence.

Newton County Sheriff Billy Rowles said Thursday that the Byrd family helped maintain the peace in Jasper after Byrd’s death. Jasper is still healing, but the town is stronger than 20 years ago, he said.

“It is our hope that your death will bring some good,” said Louvon Harris in the tribute to brother. “You’re still alive in our hearts every day.” 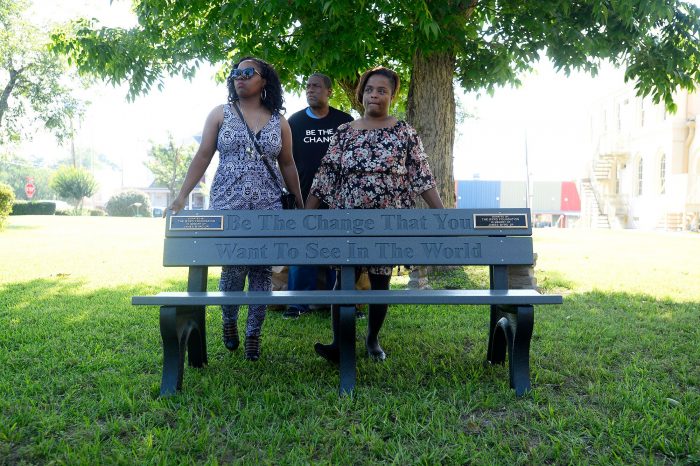