Gillibrand’s and Peters’s appointments are indicative of a wave of diversity hires of top staff of color. According to the Joint Center’s live tracker, four new chiefs of color have been hired by returning Senators. Two (including Chaney) are Black women, one is Asian American/Pacific Islander woman, and one is Latino. ... read more »
Murex Petroleum to Pay $50K to Settle Race Harassment Suit
According to the lawsuit, Derrick Jenkins worked for Murex from April to September 2014 at its Tioga facility. The EEOC says Jenkins' co-workers directed racial slurs at him and made racially derogatory comments. It says Jenkins' supervisor witnessed the harassment, but did nothing about it. ... read more »
Advancing Diversity in Law Enforcement 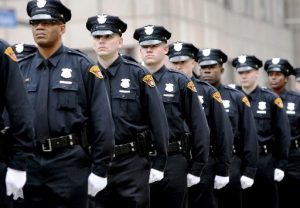