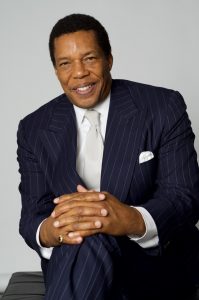 Tony Cornelius, son of legendary television personality and creator of the hit dance show Soul Train, Don Cornelius, was recently appointed to the National Board of Directors of the American Foundation for Suicide Prevention, beginning a three-year-term in the position this month. Cornelius said he is excited about his new appointment. And, that excitement he said, is tempered by a focus filled with passion for the subject.   ... read more »
Videos
WATCH: Angela Rye speaks at Wondalunch food giveaway in Watts