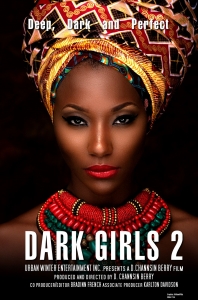 OWN: Oprah Winfrey Network enthusiastically stands behind D. Channsin Berry and his newest documentary “Dark Girls 2” which is currently playing on the OWN network.    “Dark Girls 2” is the follow up to Berry's first documentary “Dark Girls,” which explored the prejudices that darker-skinned women face around the world.   Diving in and taking a first-hand approach D. Channsin Berry directed, wrote and executive produced the second installment. In this deep dive into the lives of these darker-hued women, he discovered that they were still dealing with the trauma associated with the color of their skin.    ... read more »
Executive Producers Codie and Tommy Oliver Talk ‘Black Love’