Brown first topped the Billboard Top Country Albums chart with the release of his self-titled debut album (2016), and again with the release of "Kane Brown Deluxe Edition"(2017), which debuted at No. 1 on the Billboard Top Country Albums and in the Top 5 on the Billboard 200 Charts. With his debut album, a breakthrough No. 1 Top Country Album, Brown became the first-ever artist to top all five Billboard Country Charts. He debuted at No.1 on the Country Digital song chart with the Triple-Platinum song "Heaven" and debuted at No. 1 on the Country Airplay, Hot Country Song and Country Streaming Song charts with the Quadruple-Platinum song "What Ifs" featuring Lauren Alaina. ... read more »
ADVERTISEMENT
ADVERTISEMENT
Videos
WATCH NEW TRAILER: Will Smith plays Venus and Serena Williams’ father in ‘King Richard’ film 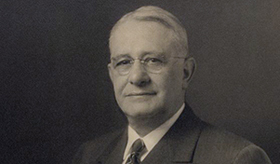