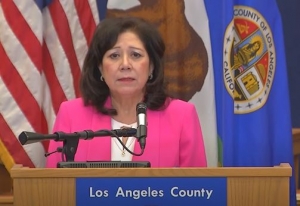 Solis announced the movement on the table that was in deliberation on July 7, to close one of Los Angeles’ largest correctional facilities; Men’s Central Jail looks to be shut down in one year. In retrospect, the supervisors reflected on the role of mental health within the justice system and found that mental health issues should not equate into carrying out time imprisoned without healing treatment. ... read more »
ADVERTISEMENT
ADVERTISEMENT
Videos
WATCH: Tree planter, Nobel Prize laureate, revolutionary: Prof. Wangari Maathai at 80