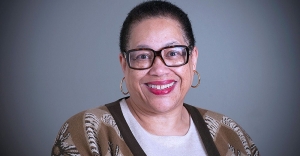 “Yet even today, with all those credentials and as one of the leading executives on Wall Street,” wrote Raymond J. McGuire, Citi’s Vice Chairman and Chair of its Global Banking and Capital Markets, “I am still seen first as a six-foot-four, two-hundred-pound Black man wherever I go — even in my own neighborhood. I could have been George Floyd. And my wife and I are constantly aware that our children could have their innocence snatched away from them at any given moment, simply for the perceived threat of their skin color.” ... read more »
Bank of America Receives Approval for 265,500 SBA Paycheck Protection Program Loans to Date for Small Businesses 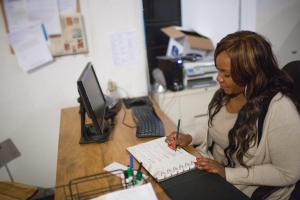 Bank of America announced today that it has received Small Business Administration (SBA) loan approvals for 265,500 small businesses under the SBA’s Paycheck Protection Program (PPP). This represents $24.9 billion in needed relief for small businesses. More than 256,000 of these small businesses have received a loan number since the SBA reopened the PPP funding on April 27. ... read more »
Will proposed CRA rule help or hurt Black America?

Amid the tinsel and garland celebrating the holiday season, two important federal financial regulators are planning how the future financial needs of low-and-moderate income (LMI) communities - including neighborhoods of color - will be met.  In an effort to “modernize” the 1977 Community Reinvestment Act (CRA) on December 12 the board of the Federal Deposit Insurance Corporation (FDIC) endorsed a proposed Notice of Public Rulemaking (NPR) offered by the Office of the Comptroller of the Currency (OCC).  ... read more »
ADVERTISEMENT
FDIC and OCC Proposals Would Strip Away Payday Loan Rate Caps In 16 States and in DC 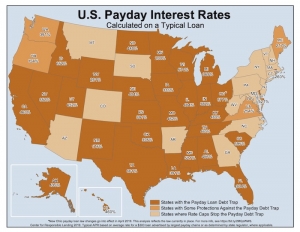 For most people who either work, receive retirement or other fixed benefits, it seems that your money always goes a lot quicker than it comes. While some economists marvel at Wall Street’s brisk trading and declare that the economy is better than ever, not everyone has been included.  On Main Street America, millions of people know that the cost of living is rising faster and higher than their incomes. ... read more »
ADVERTISEMENT
Videos
WATCH: Black Money Matters Ep.1