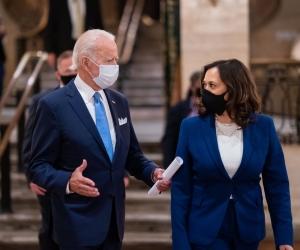 The broad scope of this stimulus package covers a wider range of national and state priorities as compared to previous federal government relief efforts. This one is aims to both prepare the country logistically to emerge from the pandemic and to recover from the economic strife of the past year. ... read more »
Senator Schumer: Trump and Barr Threaten African American Gains Under Obamacare

Schumer noted that African American gains under the health care legislation, commonly known as Obamacare, are threatened by Trump and Attorney General William Barr as the Justice Department has argued in federal court that the law is unconstitutional and should be struck down – “Not just vital insurance reforms like protections for individuals with pre-existing conditions, as they had first argued last year,” Schumer said. ... read more »
ADVERTISEMENT
ADVERTISEMENT
Videos
#BLACKHEALTH A Call for Community Healing: Black Participation in Alzheimer’s Research