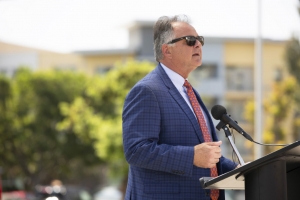 The Fullerton Police Department announced at a 1 p.m. press conference Thursday that police detectives had arrested Chuyen Vo, 51, of Huntington Beach on suspicion of the Aug. 19 killing of Steven Chan, a former administrator who was working at Cal State Fullerton as a consultant. Vo is being held without bail. ... read more »
ADVERTISEMENT
ADVERTISEMENT
Videos
WATCH: The Tragic Real-Life Story Of Fannie Lou Hamer