“It is not our differences that divide us. It is our inability to recognize, accept, and celebrate those differences.” – Audre Lorde, Our Dead Behind Us: Poems, 1986

A lot has happened since the on and offline uproar that exploded after the Motion Picture Academy failed to nominate people of color across most major award categories for the second year in a row. Chief among the reactions has been the academy’s decision to re-examine and course correct its internal push for diversity among its well-publicized overwhelmingly older, white male ranks. Meanwhile, there have been numerous calls to register our collective disappointment with the academy by tuning out the broadcast or boycotting the Oscars ceremony all together, while another cultural touchstone has begun to take its time-honored place in our national imagination: Super Bowl XLIX. On its face, Sunday’s big game will be an epic showdown between the Carolina Panthers and the Denver Broncos, but beyond the gridiron lies history and the hard-earned results of the NFL’s resolve to promote inclusion among its ranks-a commitment that might serve as a lesson to the Motion Picture Academy.

If the Panthers beat the Broncos, Panthers quarterback Cam Newton would become the third African-American to start and win the Super Bowl. Carolina head coach Ron Rivera, one of the league’s six minority coaches and the only Latino head coach, will attempt to become the second Latino coach to win the Super Bowl. In a sport that can boast nearly 70 percent representation of people of color on the field, the anemic representation of minorities off the playing field and in the boardrooms is a problem, but it is a challenge that was met with a definitive strategy to diversify coaching staff in particular. In 2003, facing the threat of lawsuits, the NFL established the Rooney Rule, named after the chairman of the Pittsburgh Steelers, Dan Rooney, who was the chairman of the league’s diversity committee. The rule requires every team with a coach or general manager vacancy to interview at least one minority candidate.

The results have been mixed. While there has been a visible change in the racial composition of coaching staffs-especially among assistant coaches-new research from professors at Georgetown, George Washington, Emory and Iowa State University suggests that from the already limited pool of Black candidates, Black coaches are still less likely to be promoted for the top jobs than their white counterparts. Clearly, there is still work to be done. No one ever ruled the Rooney Rule a touchdown, but it demonstrated a clear and definitive effort to engage and include people of color at every level of one of America’s favorite pastimes.

The Academy of Motion Picture Arts and Sciences must demonstrate that same drive and commitment to create real and substantial strategies toward inclusion. The Academy’s promise to diversify – for the second year in a row – rings hollow. Furthermore, the reforms announced, even if they are enacted, will have far too little effect on the nomination process.

The diversity problem in entertainment neither begins nor ends with awards nominations. But award nominations translate into box-office success, which affects the greenlighting of future projects. If the Academy cannot break this vicious circle, it risks its own irrelevancy.

We’ve asked to meet with the Academy’s leaders so we can develop a clear and specific blueprint for moving forward, and outline a plan to hold the Academy accountable. We’ve heard no response.

I hope that one day we will be able to retire the #OscarsSoWhite hashtag for good. 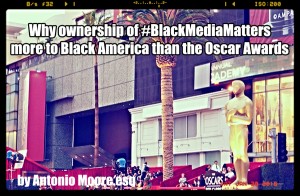 Why Ownership of #BlackMediaMatters More to Black America than the Oscar Aw... 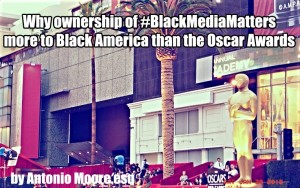 Why Ownership of #BlackMediaMatters More to Black America than the Oscar Aw...

Why Do Politicians Treat Addiction Differently in the Suburbs?