While his agenda is full, he’s expanding it even more, launching strategies and platforms to help people succeed and thrive in today’s challenging times.

“I love helping people, saying to people that they can make it, you’re not weary, and you won’t break,” said Jakes in a Sentinel interview where he talked about his upcoming activities such as Mega Fest, set for August 19-24 in Dallas, TX.

“Mega Fest is going to be an incredible event to rejuvenate the soul. It has all of the spiritual components that people might expect, Joyce Myers, Bishop Tudor Bismark, myself and other voices.

We also have events for young people, teenagers as well as children. “It’s going to be an incredible opportunity for people from all walks of life to enjoy. The festival is not just meant to be church. We will have economic empowerment sessions, training and development for entrepreneurs, a health fair, and ways that we can work to improve the criminal justice system, particularly for underserved communities,” said Jakes.

Bringing people together and sharing positive messages can be considered a Jakes’ trademark. The theme has been woven throughout his 36-year ministry and appears in his latest book, “Destiny,” being released on August 4.

Explaining the book’s title, Jakes said, “This book [is] about stepping into your purpose and understanding your purpose. When you look back over your life, you realized that you have been pulled along. If you think of instinct as metal, think of destiny as magnet, what pulled you out, what brought you through, what kept you on course. It’s God.

“God’s destiny is strategy. Rather that try to get God to support what you’re trying to do, you need to do what He’s trying to do and it will go a lot better.”

Jakes new talk show will further explore mechanisms to help people. Currently, the program is being test-marketed in Dallas, Atlanta, Minneapolis, and Cleveland. If the ratings are good, it will be nationally syndicated this fall.

“It’s a show that deals with everything, faith, finances, life and politics,” he shared. “Mostly, we’re going to talk about people dealing with the vicissitudes of life and how you’re going to make it through those challenges. It’s really an opportunity to coach people to their best and highest self.

“People are having more challenges now. For the first time, many people are experiencing poverty and it’s difficult to overcome something that you’re not accustomed to. When people can’t make ends meet, they tend to implode. If you look at the whole topography of the country, there are lots of reasons for people to have angst, adversities, traumas and pressures,” insisted Jakes. “There are several things citizens can do to reduce black-on-black crime,” said Jakes. “Number one, we can raise our children; number two, we can vote; number three, we can hold our elected officials accountable; and number four, when there is an injustice, we can speak out about it.

“The bigger problem is that the whole justice system needs to be overhauled. The thousands and thousands of black and brown men that are incarcerated is disproportionate. That suggests that when we commit the same crimes, we are seven times more likely to be incarcerated than our white counterparts. That says that maybe justice is not as blind as she appears,” noted Jakes.

“It a real problem, sociologically, to have that many men of color locked of in jail and 70 percent are for non-violent crimes. We need to take a real good look at that and figure out how we can make our criminal justice system equitable for all people.

Another topic Jakes touched on was the Supreme Court decision legalizing gay marriage. He advised people to accept that is it now the law.

“It’s nothing you can do about it. It’s the Supreme Court’s decision and they made it based on the Constitution. We do not live in a theocracy. We have to understand that they weren’t looking at the scriptures when they made the decision and we don’t want them to do that,” said Jakes.

“We want them to give us a constitutional decision that respects the rights of other people and still protects religious freedom. I think the real concern now is to protect religious freedom, in all of its faucets, because there are people of faith who support it and those who do not.

“That’s what makes America the place it is. We may not all have the same ideas about life, God, religion, marriage and a whole lot of things, but we all need education, we all need water, we all need clean air. Let’s focus on the things that we can have general consensus about. If not, playing to our deepest fears is going to split the country until we fall apart.”

Despite the various challenges facing individuals and the nation, Jakes encouraged people to maintain their faith and never give up on God.

“I find that most people that are ready to give up on God often come from a misunderstanding about God and what faith is all about. We have projected an ideology that suggests that God is Santa Claus, that if I pray for something and I don’t get it, I have a tantrum and I don’t believe in you anymore.

“But, most of us who really walk through the Bible day-to-day, realize that Jesus didn’t come to bring religion. He came to bring a relationship and that relationship is an ongoing process. He’s not going to give you everything you want. Life doesn’t give you everything you want. The more tough life becomes, the more you need faith to undergird you.” 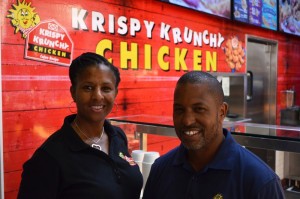 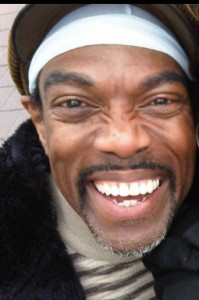 Dr. Rickey Grundy passes away at 56 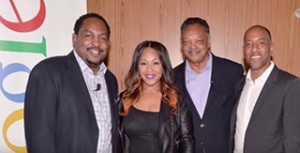 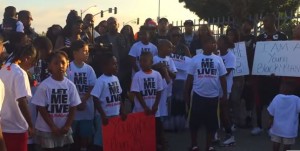 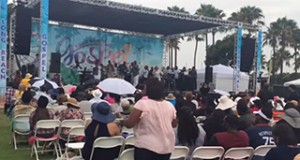