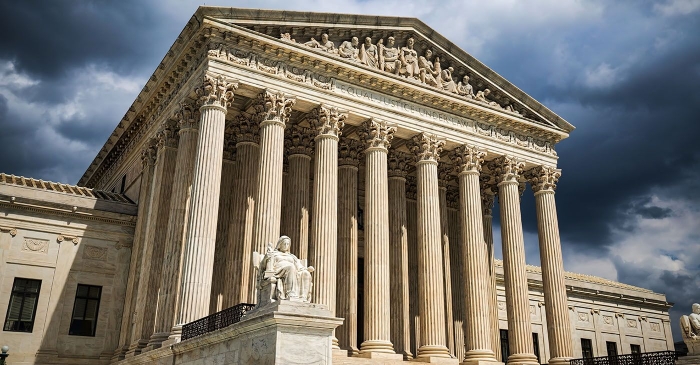 Trump has pledged to delay the 2020 Census and he said his administration still plans to include a question that inquiries about a person’s citizenship status. (Photo: iStockphoto / NNPA)

The U.S. Supreme Court’s sharp rebuke of the Trump Administration’s rationale for wanting the citizenship question in the 2020 census means the question is an artifact of the past, according to Southern Methodist University Professor Lolita Buckner Inniss.

In writing for the majority, Chief Justice John Roberts noted that the explanation for preferred federal policy must “not only be reasoned and genuine but also legible to both courts and interested public.”

“In blocking Trump’s ability to add a citizenship question, the court has ensured that voting rights for people of color are protected, and that all communities – regardless of race, ethnicity, geographic location, religious views, political affiliation, and country of origin – are fairly represented,” Waters said.

House Majority Whip James Clyburn (D-SC), said the future of the nation’s democracy was at the forefront of the ruling.

“The ruling in favor of partisan gerrymandering underscores the necessity of citizen participation in the electoral process. Stacking the deck for partisan gain is not ideal for democracy or the principle of one person, one vote,” Clyburn said in a statement.

“Most Americans believe in fairness and due process, but not enough are able to participate in the electoral process.  This must change going forward or we will soon experience some backward lurches,” he said.

Sen. Chuck Schumer (D-NY) said the decision clearly is a rebuke of Trump.

“When even the conservative court determines that the Trump administration’s argument is odious and dishonest, you know the administration’s motivation behind adding the citizenship question in the first place was an abhorrent one,” Schumer said in an email.

“The lower court must, for the sake of our democracy and fair representation for all communities, ensure the misguided citizenship question remains out of the census,” he said.

“Today, the U.S. Supreme Court issued a ruling that prevents the government from asking U.S. residents on the 2020 census whether they are citizens,” Melanie Campbell, the president and CEO of the National Coalition on Black Civic Participation (NCBCP) and Convener of the Black Women’s Roundtable (BWR) said in a statement.

“For Civil Rights and Immigration Rights organizations, this is a major victory in an effort to ensure that all minorities in the nation are properly counted and represented in the 2020 Decennial Census,” Campbell said.

National Newspaper Publishers Association (NNPA) Chair Dorothy R. Leavell said she hadn’t yet reviewed the ruling but a decision opposing the citizenship question is important for all – particularly people of color.

“The Census is so important, it means funding for needed services and other things that are so important to our communities,” Leavell said.

“The NNPA supports and agrees with the Supreme Court decision against Trump’s administration’s attempts to add language in the 2020 Census which is discriminatory and keeps millions of people from being counted,” Chavis said.

“We should have a Census campaign that practices the importance of including everybody rather than excluding certain people. The NNPA is also for equality, justice, and fairness so therefore the Supreme Court made the right decision,” he said.

The 2020 Decennial Census will be the most critical census count of our lifetime, she said.

Campbell noted that in 2010, African Americans and Black immigrants were undercounted by more than 800,000, leaving those communities with a shortage of government resources.

“We cannot let this happen again. We have to stay vigilant to ensure our people are counted and vote in . “It’s about money and political power and our future depends on it,” she said.

Trump has pledged to delay the 2020 Census and he said his administration still plans to include a question that inquiries about a person’s citizenship status.

“I have asked the lawyers if they can delay the Census, no matter how long, until the United States Supreme Court is given additional information from which it can make a final and decisive decision on this very critical matter,” Trump told Fox News.

However, NAACP President and CEO Derrick Johnson said justice must now be done and everyone must be counted. Johnson said the strength of America’s democracy depends on it.