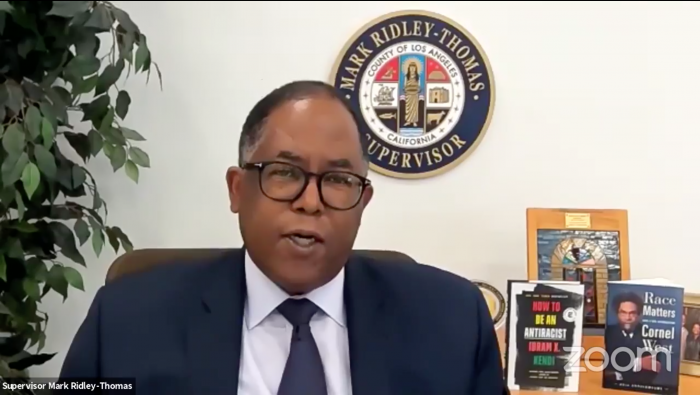 The public forum follows the Los Angeles Board of Supervisors’ recent passing of the motion.

The measure was passed by the Los Angeles Board of Supervisors on July 21, in a unanimous vote, 5-0. The motion comes following nationwide protests in response to the deaths of Black men and women like George Floyd and Breonna Taylor.

“It is with a profound sense of urgency and more that we are here today to discuss these issues. Our institutions reflect society and our society is a sum of our collective history,” Ridley-Thomas said during the virtual forum. “The vestiges of this history, slavery, our country’s original sin, continued to run deep [in] healthcare, education, public safety, employment, housing, and technology. No sector has gone untouched.”

The discussion featured representatives from the University of Southern California, University of California, Los Angeles and the chief executive officer of the L.A. County Board of Supervisors,  to provide insight on how the county could improve racial inequities in L.A.

Organizer and Frontline Wellness Network founder Mark-Anthony Clayton-Johnson defined an anti-racist position as “Taking an orientation, fighting for the dignity, the safety [and] the well-being” of Brown and Black people.

“It’s super-crucial to simply acknowledge that race matters in this society, in the allocation of resources, opportunities, education and even the air that we breathe,” said Director of USC’s Equity Research Institute Dr. Manuel Pastor.

Ridley-Thomas’s motion emphasizes addressing long-standing biases in all sectors of how L.A. County functions, including policies and programs and to “Declare that racism is a matter of public health,” according to Ridley-Thomas’s website. 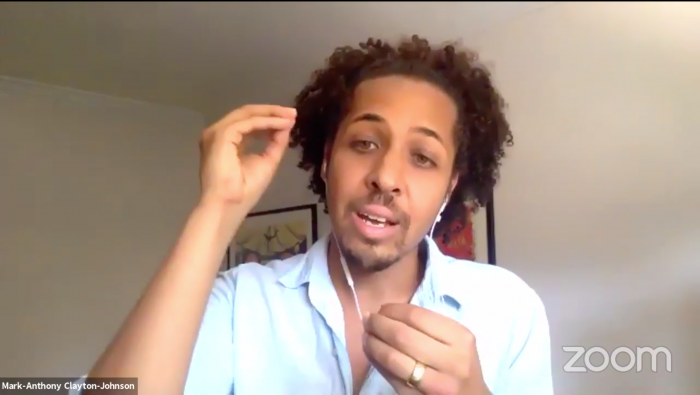 The approval of the measure follows other local governments in California addressing racism including San Bernardino County, Goleta and Santa Barabara.

UCLA professor Paul Ong said during the live meeting that a “web of inequality” is of various barriers that are implemented into fields of life that aid in oppressing Black communities.

“We need to understand in a very detailed, fundamental way about how this mechanism interlocks today but also as mentioned; how it interlocks over time, over generations,” Ong said.

CEO of the L.A. County Board of Supervisors Fesia Davenport said that the motion is important because it impacts not only the community but also the people employed by L.A. County, many who are people of color.

“[The measure] requires us to look at our processes, look at those processes using an equity lens and then to do something different, to do it better and to do it more intently,” Davenport said.

Ridley-Thomas hopes that other cities follow in Los Angeles’ path to combat inequality in different sectors of daily life.

“Right now, in Los Angeles, we have an opportunity—and responsibility—to dismantle the systemic inequities and racist structures that have long plagued us. We can do this and set the national standard as a leader on racial equity and anti-racism,” Ridley-Thomas said in an email. “Just as racism can be learned, it can be unlearned and replaced with the beliefs, and policies to oppose it. My hope over the next few months is that these discussions serve as a baseline for progress for what inevitably will be a focused and determined implementation of the directives from this motion.”

The entire Facebook Live video is available on Supervisor Ridley-Thomas’s Facebook and more information about the anti-racist agenda can be found at ceo.lacounty.gov/antiracism/