NEW YORK (AP) — Spike Lee watched the Oscar nominations Tuesday morning on television from his bed, with his wife, Tonya, his two grown children, Satchel and Jackson, and their dog, Ginger. 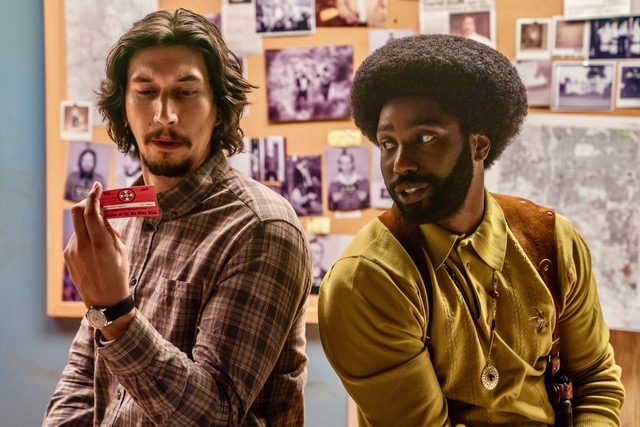 BlacKkKlansman – Leave it to filmmaker Spike Lee to find the most hard to believe but true story about a black cop (John David Washington) who infiltrates the KKK with the aid of a Jewish police officer (Adam Driver). The undercover brother even hoodwinks David Duke! A nervy and very informative look at the dimwits who joined the Klan and the brave policemen who thwarted their moves. Considering the times we live in, the 1970s subject matter has a very contemporary appeal.

But the most long-in-coming nomination was Lee’s first nod for best director, something many thought should have happened numerous times before, starting with 1989′s “Do the Right Thing.” Lee was nominated then for best screenplay for that film, but the lack of more Oscar attention for “Do the Right Thing” was lamented even then by Oscar presenter Kim Basinger .

“Thirty years is a long time, ain’t it?” Lee said Tuesday by phone from the Brooklyn office of his production company, 40 Acres and a Mule, before letting out a lengthy cackle.

In that time, the 61-year-old Lee hasn’t escaped the notice of the Academy of Motion Pictures Arts and Sciences. His “4 Little Girls” was nominated for best documentary in 1998 and he was given an honorary Oscar in 2016 when he rebuked Hollywood’s diversity record, saying: “It’s easier to be president of the United States as a black person than be head of a studio. Honest.”

But that Lee, the filmmaker of “Malcolm X,” ″25th Hour” and “When the Levees Broke,” has never won a competitive Oscar strikes many as a plain injustice. Now, Lee may have the best shot of his career in “BlacKkKlansman.”

He likes his odds.

″‘BlacKkKlansman’ is the dark horse — pun intended,” said Lee with another laugh. “You know what? That’s fitting. I’ve always been an underdog, from the very beginning, from film school. That narrative has not changed. And I like that position.”

Lee regretted the oversight of his lead actor, John David Washington, whom he called on Tuesday to console. Lee told Washington, whose father Denzel has been a mainstay in Lee’s films, that there are awards in his future. “Young blood, you’ll be here,” Lee vowed.

Adam Driver, who plays Washington’s partner in the film, was nominated for best supporting actor. “BlacKkKlansman” composer Terence Blanchard was also nominated for best score, the jazz musician’s first nomination after a career scoring most of Lee’s films since 1991′s “Jungle Fever.”

Lee becomes the sixth black filmmaker nominated for best director. The last was Jordan Peele, who produced “BlacKkKlansman” and sent Lee the script, based on Ron Stallworth’s 2014 memoir. Lee and Willmott then gave the tale a searing coda, connecting the 1970s-set film with last year’s violent white supremacist protest in Charlottesville, Virginia.

No black filmmaker has ever won best director.

“One day, one of us has got to break through,” said Lee.

Lee planned to celebrate with a get-together in Fort Lee, Brooklyn, Tuesday evening. But his thoughts were also on the timely subject of his film, one he traces directly to President Donald Trump. After the film’s premiere at the Cannes Film Festival in May, Lee lambasted Trump for his response to Charlottesville. Lee released the film in August on the one-year anniversary of Charlottesville.

“This film speaks directly to the Looney Tunes world we live in. It speaks directly to why the government is shut down, why 800,000 people are in desperation not knowing where their next check is going to come from. It speaks to everything this guy has brought to the world since he’s occupied the White House,” said Lee. “People get it right away.” 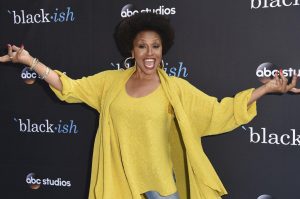 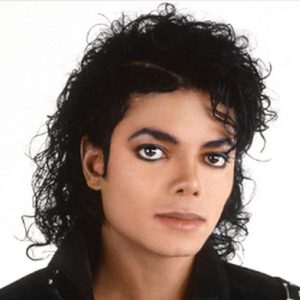 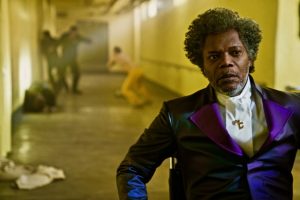