Led by Community Coalition, South L.A. community leaders and residents marked the five-year anniversary of Martin’s killing by continuing the fight for justice. 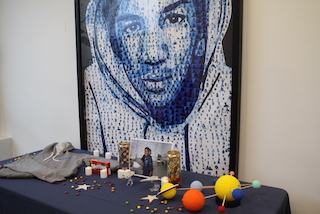 A collage and tribute to Trayvon Martin at Community Coalition. (Courtesy Photo)

On February 26, a group of over 130 community leaders, residents, and youth gathered at the office of Community Coalition to commemorate the life and legacy of Trayvon Martin, tragically killed in Florida five years ago. Local high school leaders of Community Coalition’s South Central Youth Empowered through Action (SCYEA) youth program, highlighted the event with a photo series and speeches. The photo series, which was also featured online throughout the week leading up the event (available here and here), allowed the youth leaders to share their aspirations for when they are 22 years old – what would be Trayvon Martin’s age if he were alive today.

“Today, Trayvon would have been 22. When I’m 22 years old I expect to still be in college, at Morehouse, working on my Ph.D. in sociology or psychology or maybe even both,” said Kameron Garrett, a 17-year-old student at Dorsey High School. “The event was a great reminder of black and brown unity needed to prevent violence and ensure there is safety and justice for everyone in our community.” 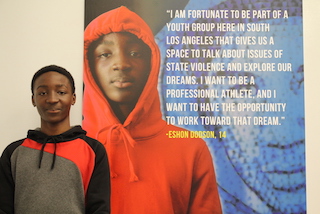 The event also included a group discussion and community poll about South Los Angeles’ relationship with police and criminal justice efforts, which included solidarity with Anaheim youth over an altercation in that city between a Latino 13-year-old boy and an off-duty Los Angeles Police Department officer with a gun on Feb. 21. Residents also discussed the challenges that South Los Angeles faces nearly 25 years after the unrest that followed the indictment of the officers who beat Rodney King.

“The tragic anniversary of Trayvon’s death on Sunday is a reminder of the progress that we still must make to ensure our black and brown youth know that their lives matter,” said Alberto Retana, Community Coalition’s President and CEO. “Now more than ever, it is important that Los Angeles and California leaders live up to the promises they have made to our communities and commit to giving everyone a fair opportunity to thrive and prosper.” 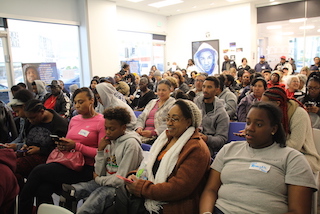 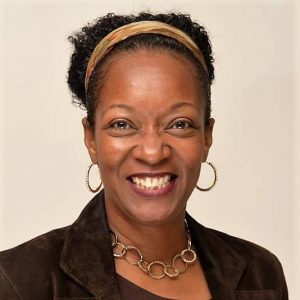