FILE – In this Dec. 15, 2014, file photo, Duke’s Jahlil Okafor, top, shoots over Elon’s Tony Sabato and Ryan Winters (32) during the first half of an NCAA college basketball game in Durham, N.C. The Los Angeles Lakers may snare Okafor at No. 2 in the NBA draft on Thursday, June 25, 2015. (AP Photo/Gerry Broome, File)

It might seem temporarily forgotten at the start of the NBA draft.

The first three players taken Thursday could easily be a trio of big guys. Karl-Anthony Towns seems the likely pick by Minnesota at No. 1, the Los Angeles Lakers would next figure to snare Jahlil Okafor at No. 2 and it wouldn’t surprise many onlookers if Philadelphia then took Latvian prospect Kristaps Porzingis with the third pick.

Give or take an inch, they’re all 7-footers.

So after a title series where Cleveland’s LeBron James and Golden State’s Draymond Green — both about 6-foot-8 — spent time at center and where the Warriors swung the series their way by going to a small lineup and forcing the Cavaliers away from what was working, all eyes when the draft starts will be on bigs once again.

“I think big men still run the game,” Okafor said after a workout with the Lakers earlier this month. “When you have a dominant big man, that changes the aspects of the game. You can see that now, you can see the Golden State big men and the Cleveland big men doing big things for their teams. So we believe the big men still run it.”

Not everyone would agree.

The dearth of the NBA big man has been well-chronicled, although it seems to be making a bit of comeback with Anthony Davis, DeMarcus Cousins, LaMarcus Aldridge and Blake Griffin all ranking among the league’s top eight scorers this past season. But in today’s league, small ball — the type of play where speed and shooting takes precedence over size and power — is clearly en vogue, because it’s working.

“I understand the small ball,” Kentucky coach John Calipari said last week on a teleconference to discuss Towns and the Wildcats’ six other draft hopefuls. “Small ball is because a 6-7 guy can move his feet and hands like a guard, but now you’ve got a 7-footer that can do the same. In three years, if someone has two 7-footers that can move their feet, then we’re going back to the twin towers.”

What Calipari is basically saying is that big men are trying to keep up with the times. FILE – In this March 28, 2015, file photo, Kentucky’s Karl-Anthony Towns (12) shoots over Notre Dame’s Bonzie Colson (35) in the first half of a college basketball game in the NCAA men’s tournament regional finals in Cleveland. Towns seems the likely pick by the Minnesota Timberwolves at No. 1 in the NBA draft on Thursday, June 25, 2015. (AP Photo/David Richard. File)

The notion of tall guys being able to shoot from deep isn’t new — Chris Bosh, Kevin Love, Channing Frye and Dirk Nowitzki are all serious 3-point threats, and all stand at least 6-foot-10. Towns is working on his range, Okafor has been known to make 3’s in practice and Porzingis’ outside game is clearly ahead of his post skills.

In the small-ball party right now, the big guys apparently don’t like being left out.

“By necessity, the league has gone smaller and more spread,” said Fran Fraschilla, a former college coach who now is an ESPN analyst. “You’re seeing more, what I would call, small lineups. What we call the stretch four-man. In part, this is because there are just a handful of low-post scorers.”

If the draft starts with Towns, Okafor and Porzingis, it would be a rare big-big-big opening.

Chandler and Gasol have enjoyed great careers, Brown and Curry not so much. It’s a reminder that betting the franchise’s future on big men is always risky, with the most infamous example coming in 1984 when Hakeem Olajuwon went No. 1, Sam Bowie went No. 2 and the player widely considered to be the best ever in the game was still on the board.

A lesser-known blunder from that draft was that 15 teams passed on John Stockton.

“You go back to the Olajuwon-Bowie-Jordan draft,” Lakers general manager Mitch Kupchak said. “In years past and maybe even today it makes sense to build around a big, but you don’t want to take a big because it’s a big and pass on the No. 3 pick — which turned out to be Michael Jordan.”

“It can be argued in today’s game that maybe you should do that,” Kupchak said.

Odds are, he won’t listen to that argument. Okafor wants to be a Laker and it’ll probably work out that way. Small ball isn’t everything — and Okafor wants to remind the league that’s the case.

“I know what my bread-and-butter is,” Okafor said, “and that’s down in the post.” 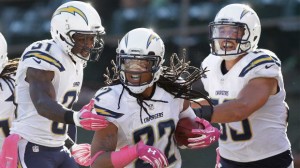 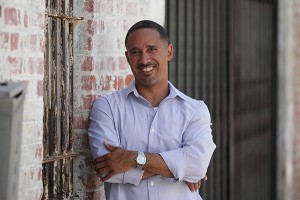 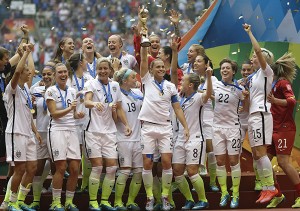 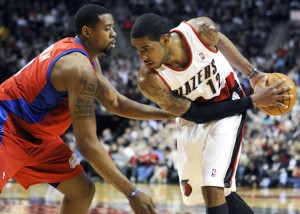 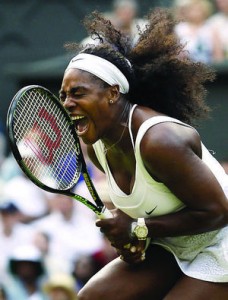