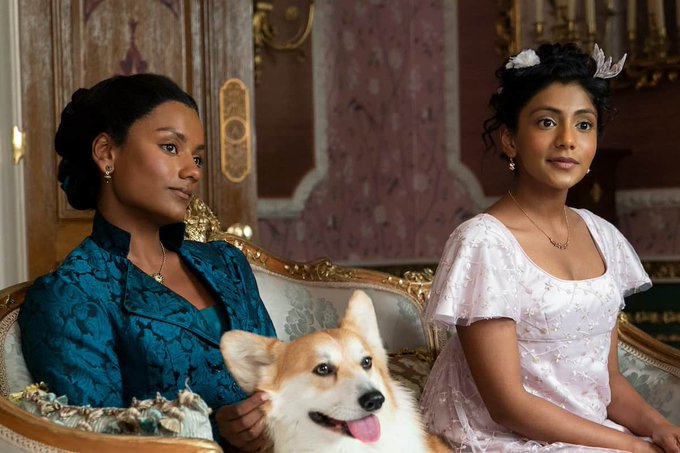 There is no getting around how impacting season two of “Bridgerton” has been on the Black and Brown communities around the world. In America, where things are White and barely Black, the arrival of two Indian characters, in key roles, in season two, has set the social media world aflame, and rightly so.

And although the series is based on the book series written by Julia Quinn of which there are eight novels, one for each of the Bridgerton siblings, it was the visionary Shonda Rhimes (Grey’s Anatomy, Scandal, How to Get Away With Murder), and her team, that brought these characters to the small screen, making sure to cast gifted, multiracial actors and it’s a joy to watch. This attention to deal, we can call the Rhimes touch because there are very few showrunners that have a better hit record than her, having ruled television for most of the past, two decades.

Now, to the facts.  “Bridgerton”  is more than just a Netflix success story, it’s taken hold of the imagination of millions and has zoomed to the number one spot in 76 countries, with a viewership of 82million+ homes, and is moving, like a bullet, to becoming the second-most watches series by total watch time on the platform. This is just another example of Rhimes’ ability to create another cultural phenomenon while keeping her fingers firmly on the cultural zeitgeist and making sure that multi-culturalism is never lost.

Although it’s not yet clear if the Netflix series will follow the same format as the books (or run, eight seasons), season one was mostly adapted from the first book in the series, “The Duke & I,” and the second, “The Viscount Who Loved Me.”

The love story in season two focuses on Anthony Bridgerton (Jonathan Bailey) and Kate Sharma (Simone Ashley, Kate Sheffield in the book) are both equally passionate and unmovingly stubborn in the show. The sexual chemistry is clear for all to see, except the feuding lovers.

Season two finds Lord Bridgerton now determined to marry out of obligation, not love, since he’s never recovered from witnessing the sudden death of his father (from a bee sting) at the age of 38.  The young Lord is taken for a spin when Edwina (Charithra Chandran) — the diamond of the season—will only marry the man approved by her older, deeply loved half-sister Kate. 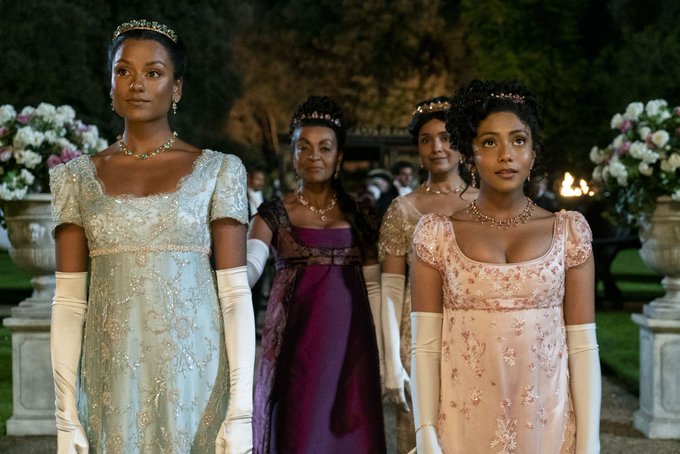 When Anthony begins to court Edwina known, Kate’s defenses spring alive believing him to be a “rake, with a capital R” as a gossip columnist, Lady Whistledown describes him in her popular scandal sheet. But it’s the undeniable chemistry between Anthony and Kate that makes season two so special.

Simone has been a working actress for years, cutting her teeth in many well-known British dramas including Doctors, Casualty, Broadchurch, and Guilt. Then her career took a great jolt forwards, landing a role in Netflix smash hit, Sex Education – playing the hip, cool girl Olivia Hanan – a girl terrified to show her boyfriend her face during her sexual climax.

We caught up with Kate Sharma who plays Simone Ashley in “Bridgerton” to discuss representation, love, animals and being a part of the Shonda Rhimes universe.

L.A. Sentinel: This is my favorite season but they only gave me eight minutes which means three questions. Is there a question that you wished reporters had asked you, that they did not? She’s a complicated character.

Simone Ashley: Thank you. Well, I would like to speak more about my character [Kate Sharma] and there was been such a wonderfully warm response to, having the Indian representation on this show. This character is inspired by author Julia Quinn, and she is such a nuanced, complex character and one that I enjoyed playing.

LAS: You are an extremely gifted thespian and your body language is pure, perfection. How did you work with the director?

SA: Thank you. I didn’t want to portray the character as a villain, someone who betrays her sister. This is about family, her love for her family. I wanted to portray a woman that’s authentic to her heart, and protecting Edwina, and her family. That’s the value that I wanted other women to see. I wanted to show that strength.

LAS: Love is her motivation but she does seem, shy.

SA: Kate is someone who wants to blend into the background. When we first meet her, her hair is in a bun, the make-up is minimal. She wears very dark colors. There isn’t very effervescent because she wants to put her sister first and in the spotlight. Kate’s she’s the silent, kind of assign type, in the background. She’s very observant.

LAS: That’s an interesting way to describe her but accurate from what I viewed.

LAS: She is a very complicated character.

SA: I think that her journey is that she wants to run away from her problems. Her loss of her father, especially after she’s married off her sister. Then we slowly see her loosen up and become more colorful, with what she wears, and how she’s letting her hair fall. And she’s opening up to the idea of falling in love.

LAS: Well said and we do watch Kate fall in love — and the struggle of letting go is so wonderfully, delicious.

SA: I think, for me, it was important to tell that part of the story. She was in a rock, and a hard place but she genuinely was falling in love, with this person, Anthony who is kind of her soul mate. And that journey of loving herself and setting herself free from those duties and responsibilities. It was a fun challenge to play a character, like that. Someone so subtle, with minium speech in certain areas, and I enjoyed playing Kate, through her eyes, and her observations of this world that she’s in.

LAS: Again, it goes back to my comment about your beautiful body language.

SA: Thank you. I am drawn to people like that anyway — mysterious — still, waters run deep and that applies to Kate.

LAS: Understatement, what I also loved — speaking about subtleties is how Kate connected with the animals which included her dog, the horse, and a bee. A horse is a wild beast, you must pay attention.

SA: I resonated with Kate on this because she’s not like her sister, Edwina, a super academic, who practiced all the dances, Kate has an intuitive heart. She may not be as articulate as Edwina but she is very intuitive with animals which I applied with the bee string scene, in episode three, and when I was speaking with the director we discussed how she’s the only one that can calm Anthony down like she’s able to tame a wild horse. There is something about her in that ability to calm him because there is something animalistic about Anthony and Kate can handle that, she’s the only woman to put her foot on the ground [so, to speak] and hold the reins.

Charithra Chandran is cast as Edwina Sharma, who comes to England where her mom and half-sister are in search of love and marriage/ (Liam Daniel/Netflix, photo)

LAS: Let’s talk about the look — the no beauty look created by makeup artist Pat McGrath.

SA: All hail to [makeup artist] Pat McGrath, she’s one of the loveliest people that I’ve ever met. Her beauty products are just incredible and we used her products on the show. I was more than happy, I was incredibly honored to wear the products. And when I walked on the set, I felt so beautiful and confident, like a Princess, and that my skin was being shown off in the best way It’s beautiful how it brings dark skin to life with the lighting, and the makeup — everything.

SA: Exactly, no grey tones on this set. 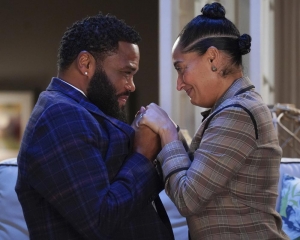 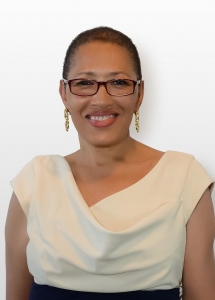 The Influence of Pat Shields Reaches Thousands at a Time 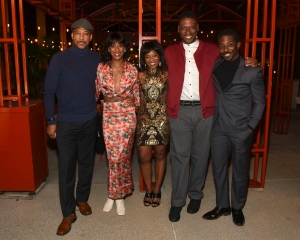 “The Blues are Getting Bluer and The Gin is Running Dry” 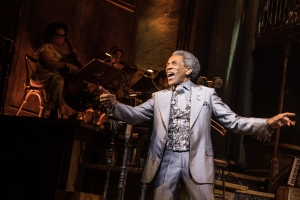 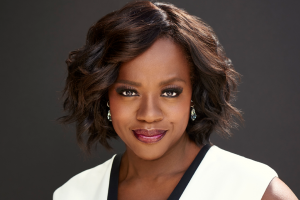 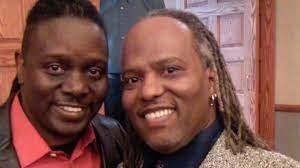