Simeon Booker, a trailblazing Black journalist, who covered the Civil Rights Movement for the iconic African American magazines EBONY and Jet and who was the first Black person to work as a full-time Washington Post reporter, has died.

Booker, who’s credited with playing an integral role in delivering the story of Emmett Till’s murder, was 99.

“As Chairman of the NNPA, I know that we honored Simeon Booker during Black Press Week for his overall excellence of journalism and certainly he is someone that has been very, very important to our industry,” said Dorothy Leavell, the national chairman of the NNPA and publisher of the Crusader Newspapers in Chicago, Ill., and Gary, Indiana.

“His presence will be deeply missed. Even though he lived a long life, we still mourn and we send our sympathies to his family and want them to know that he was highly-appreciated at the NNPA and the Black Press around the country,” Leavell said.

After his family moved to Youngstown, Ohio, Booker became interested in journalism through a family friend, Carl Murphy, the owner and operator of The Afro-American newspapers, also known as “The Afro,” in Baltimore, Md.

In 1942, after receiving his bachelor’s degree in English from Virginia Union University in Richmond, Booker took a job at the The Afro-American as a young reporter.

Five years later, Booker was the recipient of the Nieman Fellowship from Harvard University to study journalism and develop his talent as a reporter. After leaving Harvard in 1951, Booker became the first full-time Black reporter at The Washington Post.

In 1954, Booker was hired by the Johnson Publishing Company to report on current events in its weekly digest, Jet.

In 1955, Booker helped to redefine the role of Jet and the entire Civil Rights Movement with his famous coverage of the Emmett Till murder and trial, turning an all too familiar event in the Deep South into a national tragedy that united the Black community.

Booker remained on the dangerous frontlines of the Civil Rights Movement, reporting on the 1957 integration of Central High School in Little Rock, Arkansas. In 1961, Booker rode with the Congress on Racial Equality (CORE) Freedom Riders through the Deep South.

Continuing his work of in-depth reporting, Booker toured Vietnam and interviewed General Westmoreland for Jet in the mid-1960s. In 1964, Booker outlined the importance of the ongoing Civil Rights Movement in his book, Black Man’s America.

Booker covered every presidential election since the Eisenhower Administration in his 53 years with Johnson Publishing until he retired in 2007.

In 1982, Booker received one of the most prestigious awards in journalism, the National Press Club’s Fourth Estate Award.

“A legend who served generations well,” tweeted Reverend Jesse Jackson, the founder of the Rainbow PUSH Coalition. “The best at what he did. A freedom fighter for the ages.”

Popular CNN White House Correspondent April Ryan wrote: “Thank you Simeon Booker for your stories that exposed truth this nation did not always want to see and or read. History.”

Leavell said she hopes that someone among today’s young journalists will be the next Booker.

“Although he wasn’t actively practicing his profession any longer, his presence was one of those things that we all regret losing. We hate to see a chapter close with what Simeon provided to the Black Press,” she said. “I’m saddened, but it calls for the need for us to develop younger, Simeon Bookers as we are all standing on the shoulders of those who came before us and who set [such lofty] standards.” 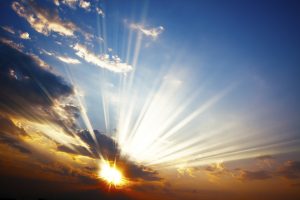 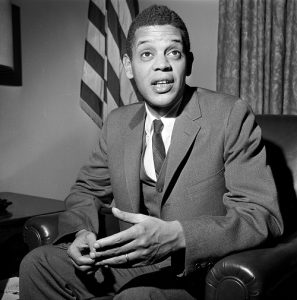 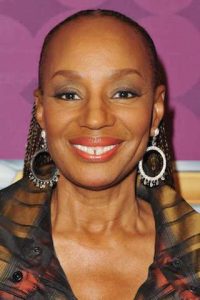 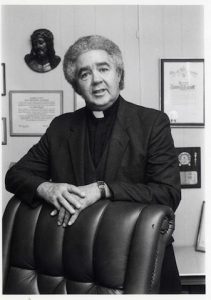 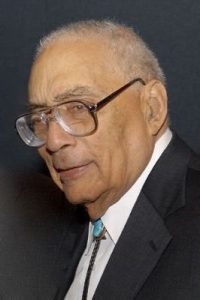