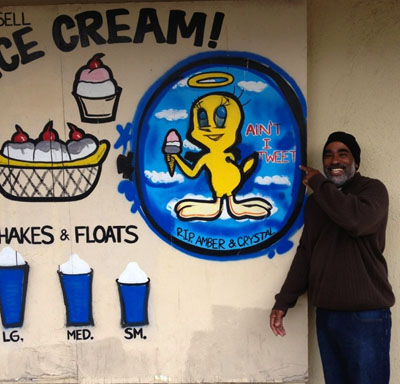 Brian Sawyers, 57, of Los Angeles, was found guilty on August 4 of two felony offenses of distribution of cocaine base in the form of crack, according to the U.S. Attorney’s Office.

A Nov. 1 sentencing hearing is set for the owner of a South Los Angeles fast-food stand who sold crack cocaine to a confidential informant working with the Bureau of Alcohol, Tobacco, Firearms and Explosives.

Brian Sawyers, 57, of Los Angeles, was found guilty on August 4 of two felony offenses of distribution of cocaine base in the form of crack, according to the U.S. Attorney’s Office.

Evidence presented at the three-day trial in downtown Los Angeles showed that Sawyers sold 26.9 grams and 70.6 grams of crack to the ATF confidential informant on two occasions at B.D. Burgers, a walk-up fast-food operation on South Central Avenue.

In the first transaction, on Feb. 8, 2012, following a series of recorded phone calls in which the informant and defendant discussed the purchase of crack, Sawyers met the informant at the burger stand, and sold the informant an ounce for $700, prosecutors said.

On March 1, 2012, law enforcement officers and the informant conducted a second operation during which the informant went to the burger stand, where he met Sawyers. They then went to Sawyers’ home, where Sawyers sold nearly two- and-a-half ounces of crack to the informant for $1,700, evidence showed.

Sawyers, who has a prior drug trafficking conviction, faces between five years and life in federal prison when he is sentenced by U.S. District Judge Ronald S. W. Lew, according to the U.S. Attorney’s Office.