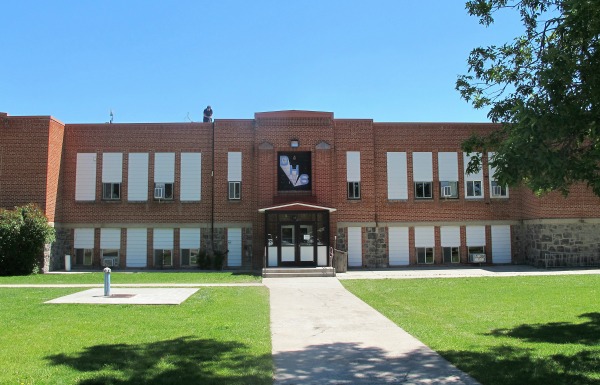 In this Thursday, May 26, 2016 photo, the only school building sits empty as the last day of school was unexpectedly cancelled in Dietrich, Idaho. The cancellation was announced amid the small community struggle with the national attention brought by reports that a disabled black football player was raped by his white high school teammates. The allegations of racist taunts and physical abuse suffered by the teen were revealed this month when the family filed a $10 million lawsuit against the Dietrich School District. (AP Photo/Kimberlee Kruesi)

Idaho school officials deny they knew about months of racial taunts and physical abuse against a black teenager who prosecutors say was sexually assaulted by three white football players in a locker room.

The Dietrich School District, coaches and other defendants listed in the victim’s federal lawsuit said Thursday they weren’t aware of abuse allegations until after the rape was reported.

“Defendants reassert that they neither knew or had reason to know of any alleged harassment or bullying, etc., of plaintiff,” according to court documents. “To the contrary, of defendants’ knowledge, plaintiff was well-liked by the rest of his teammates on the high school football team, had many friends on the team and was treated well by them.”

The defendants even dispute which date the attack took place, arguing the alleged incident took place Oct. 22, not Oct. 23 _ which was the date given in the victim’s lawsuit.

The victim’s family says the school failed to prevent bullying and attacks despite many of the incidents happening in front of school officials.

The lawsuit says the victim faced racial slurs including the N-word, was forced to recite a Ku Klux Klan song and was subjected to a nighttime fistfight during football camp. 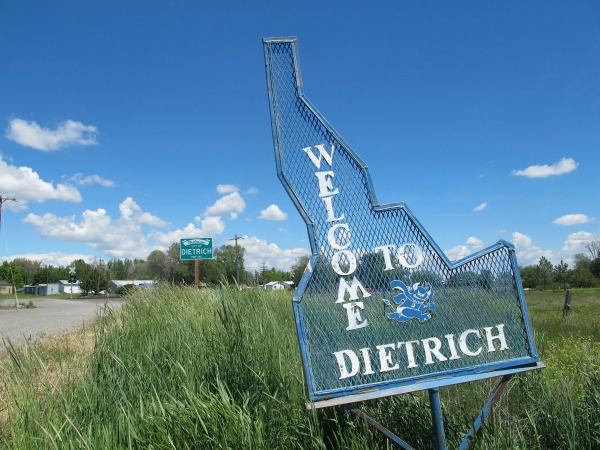 In this photo taken Thursday, May 26, 2016, a sign welcomes residents and visitors to the tiny town in Dietrich, Idaho. (AP Photo/Kimberlee Kruesi)

Dietrich is a rural town of just 330 people, made up of a predominantly white and religious population.

Meanwhile, school officials say the only allegation listed in the victim’s lawsuit that actually occurred was that a student did draw the victim as sitting in the back of a bus on a chalkboard. However, the school argues the student is a good friend of the victim and did not know the negative connotations of the drawing.

John R.K. Howard, 18, and Tanner Ward, 17, have been charged with felonies in adult court. A third teen is charged as a juvenile, and those court records are sealed.

Idaho law mandates that juveniles ages 14 to 18 accused of certain felony crimes on or near school campuses be charged as adults. That includes the sex assault charge.

Ward’s attorney has declined to comment to The Associated Press, saying he was court-ordered not to discuss his client’s case with the media. Howard’s attorney did not return a request for comment.

According to the lawsuit, the victim was attacked after a fellow teammate pretended to want to hug him. Instead, the teen held him down so another student could assault him with a clothes hanger.