Air quality officials will begin special air monitoring in the Compton area in the coming weeks to assess levels of the toxic compound hexavalent chromium near several metal-processing facilities in the community.

“We have learned from our intensive air monitoring efforts in Paramount that some facilities previously unknown to emit high levels of hexavalent chromium are in fact significant sources,” said Wayne Nastri, executive officer of the South Coast Air Quality Management District. “We will use the lessons from Paramount to determine whether there are any high emitters in Compton, and if so require them to rapidly reduce their emissions.”

SCAQMD’s air monitoring in the Compton area marks the launch of its planned community air toxics initiative to assess toxic emissions associated with hundreds of metal-processing facilities across the region. The effort in Compton will initially focus on chromium plating and anodizing plants.  SCAQMD is seeking funding for the initiative, estimated to cost $47 million and take seven years.

SCAQMD officials used multiple criteria to screen and prioritize metal processing facilities across its four-county jurisdiction that could pose a health risk due to emissions of hexavalent chromium. The chemical is a potent human carcinogen associated with lung cancer when inhaled over long periods of time, typically years to decades.

The Compton area was selected for the toxics initiative because there are several potential chrome-emitting facilities in the community in close proximity to each other and to schools, homes, other businesses and other sensitive receptors such as hospitals and senior centers.

While the facilities are not known to be emitting high levels of hexavalent chromium, air monitoring using the latest technology will confirm whether or not they could pose a significant health risk to the community. The monitoring is expected to take several months.

If air monitoring shows that any facilities pose a significant risk to the community, SCAQMD will seek administrative orders from the independent SCAQMD Hearing Board. Such orders can require facilities to take specific measures to permanently reduce their toxic emissions. SCAQMD will also seek to leverage the regulatory authorities of other agencies to assist in swiftly curtailing emissions from high-emitting facilities. In addition, SCAQMD could require the facilities to perform a comprehensive risk assessment that can lead to public notification and risk reduction.

SCAQMD has informed city officials as well as partner regulatory agencies of its plans for air monitoring in the Compton area.

As it has done in Paramount, SCAQMD will engage and provide periodic updates on its work to residents, community groups, local governments and their elected officials, partner regulatory agencies, affected facilities and industry groups.

Last fall, through an exhaustive and fast-paced investigation, SCAQMD found that Aerocraft Heat Treating Co. and Anaplex Corp. were sources of high levels of hexavalent chromium emissions. SCAQMD obtained Orders for Abatement for both facilities. Under terms of the orders, Aerocraft has idled all equipment and processes with the potential for emitting hexavalent chromium four times, and Anaplex has curtailed operations once. Each curtailment has lasted approximately one week.

“Through our pioneering use of new air monitoring technologies, we have been able to detect previously unknown sources of toxic air pollution,” Nastri said. “We are committed to deploying this technology where needed to better protect public health in Southern California, particularly in environmental justice communities.” 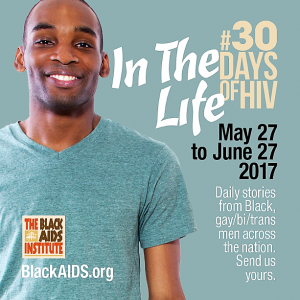 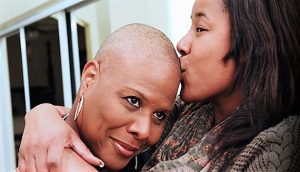