Tony-Award nominee Sanaa Lathan delivers a striking presence and undeniable energy to each project she takes on and continues to build on an already impressive career.

She recently announced that she will star in and executive produce the screen adaptation of Omar Tyree’s “Flyy Girl” trilogy. She also was seen in the smash hit “The Best Man Holiday” alongside Taye Diggs, Terrence Howard, Regina Hall and Morris Chestnut.

Here, Sanaa talks about her latest movie opposite Michael Ealy and Morris Chestnut in the psychological thriller “The Perfect Guy”.

Los Angeles Sentinel (LAS): What’s the difference in preparing for a thriller like “The Perfect Guy”?

Sanaa Lathan (SL): You know, there’s really no difference…You prepare by kind of trying to create the world of the character and by doing rehearsals. It’s really about reading the script and letting ideas come to me over and over.

LAS: What exactly is a ‘perfect guy’? And how is your perfect guy in real life different from the one your character, Leah, is looking for in the movie?

SL: I think there is no perfect guy. I believe that to be human is to be imperfect. I find that I get to know people from the inside out. So, I don’t really have a type. It’s more about how I feel when I’m with them. I like people who love to communicate and who have a good sense of humor. And I like a confident man, somebody who is not afraid to stand by my side and then let me shine sometimes.

LAS: What was it like working with those two hot and sexy African-American men?

SL: It was great! I mean, who wouldn’t want to go to work and look at that every day? But as sexy and as hot as they are, they’re really great actors, too. And they happen to be really cool human beings. Just nice guys! They’re both about teamwork and really wanting the other person to shine. I was really impressed with how they’d ask, “Is there anything you need from me?” A lot of actors are very self-centered and narcissistic. These guys are just the total opposite, so it was really a treat to work with them.

LAS: What message do you want people to take away from The Perfect Guy?

SL: I think people are so different that each person will get their own message, depending on where they are in life. So, I just want people to come to the theater and enjoy the ride.

LAS: Are you interested in producing or directing in the future?

SL: Yes, I produced this picture, and I am actively developing other projects.

LAS: Describe your role of Leah in “The Perfect Guy”.

SL: She is a professional woman [and] a lobbyist who wants it all. Her biological clock’s ticking and she’s in a relationship with Dave [played by Morris Chestnut] who’s kind of dragging his feet. So, they break it off. She then meets this seemingly perfect guy [played by Michael Ealy] with whom she has amazing chemistry. He says and does all the right things during their whirlwind romance until the day she sees a side of him that’s pretty scary. And her journey goes on a real roller coaster from there.

LAS: How has your acting style changed over the years?

SL: Every role is different, so I don’t think of my acting as a style. This role certainly presented some new challenges for me, which was great since I got to play so many different colors. It had romance to it… It had terror to it… it had strength… It was great to be able to play Leah Vaughn.

LAS: What’s the biggest difference between who you are at home as opposed to the person we see on the red carpet?

SL: I really have a down-to-earth simple life. The celebrity aspect is something I really only feel when I’m out promoting a movie. My life at home is very normal. I wear sweats. I’m not always in full hair and makeup.

LAS: Who loved you unconditionally during your formative years?

SL: Certainly my mother and father. I was very fortunate that my family was always so supportive.

LAS: What was the biggest obstacle you had to overcome career-wise on your way up the showbiz ladder?

SL: To hang in there on those days when I just didn’t feel like continuing. My first acting teacher in drama school said on the very first day of class that only 1% of people who try to make a living as actors actually do it. He said one of the keys to success is persevering. So, as low as I sometimes felt, I never really allowed myself to think about the possibility of giving up. But, there were certainly days when I wanted to.

LAS: What do you wish other people would note about you?

SL: Nothing. It’s not really about me, it’s about the stories that I tell. I’m doing this because I’m a storyteller and I love entertainment whether it’s comedy, a thriller, or a drama. I think stories can reflect back to us [and] get conversations going about our lives. That’s my passion!

LAS: Do you have a favorite charity?

SL: Yes, I’m just starting the Sanaa Lathan Foundation, which will be helping girls in the foster system. I’ll be working in conjunction with the HerShe Group which is a great organization dedicated to giving foster girls the tools they need to stop the cycle: self-esteem, a college education and jobs.

To see the trailer for The Perfect Guy, visit: https://www.youtube.com/watch?v=CikoxQ4ytI4 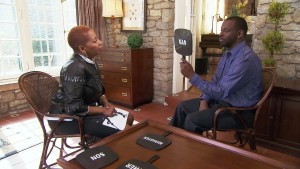 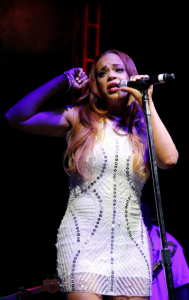 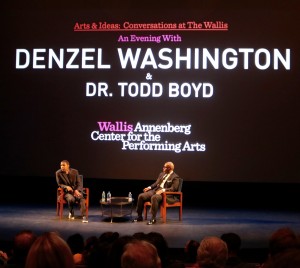 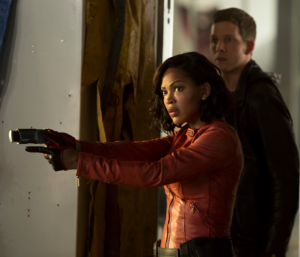 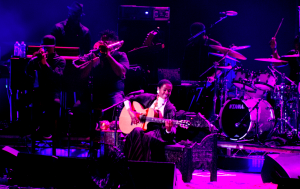 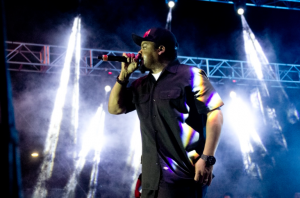