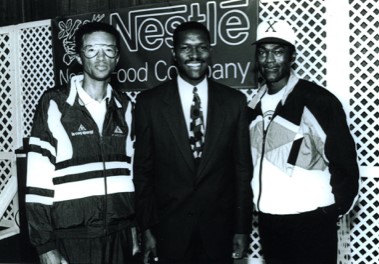 The 2nd Annual Living Legends of Tennis Awards Brunch will take place on Saturday, March 25th at 11:00 a.m. at Oscar’s Restaurant Bar & Grill, located at the Ramada Inn at 5250 W. El Segundo Blvd. in Hawthorne. The event is a fundraiser to support twelve junior tennis players, who will be participating in the American Tennis Association’s (ATA) national tennis tournament in Baltimore, Maryland from July 31 through August 5, 2017. The awards brunch is given by the Pete Brown Junior Tennis Program, the Harvard Tennis Club and the Pacific Coast Championships.

The seven inspiring African-American tennis legends, who will be honored and have all played significant roles in the development of the game include:  Marcel Freeman, Troy Collins, Maurice Hunter, Jerome Jones, Warrick “Rick” Jones, Hollis Smith and Henry Brandon.

Marcel Freeman, born March 30, 1960, in Port Washington, New York, is a former professional tennis player. Freeman’s career high singles ranking was World No. 46, which he reached in November, 1986. His best Grand Prix result was reaching the semi-finals in 1988 Queensland Open, while his best Grand Slam result was reaching the third round of the 1986 US Open. His career win-loss record for Grand Prix and Grand Slam play was 54-87. During his career he won one doubles title. He achieved a career-high doubles ranking of World No. 70 in 1987. Freeman was a four-time All-American at UCLA.

Troy Collins started playing tennis at the age of eight through a non-profit tennis association for under privileged youths in California. By the time he was in high school, he was one of the best juniors in Southern California and lead his high school team to a record of 100 victories and 0 losses. He was MVP from freshman through senior year and was voted a 4-time High School All-American. He attended Cal State Bakersfield, where as a freshman he earned MVP honors, Miller Brewing Company Athlete of the year. He was undefeated in his first year and was voted the Number One player in the California Collegiate Athletic Association, thus earning his first appearance in the NCAA. Later, at San Diego State, he continued his success by winning the Western Athletic Conference championships, Holiday Bowl Championships, Las Vegas Invitational and the prestigious Ojai Intercollegiate Tennis Championship.  Currently, Collins operates his own tennis academy and has continued to perform at the highest level through service to youth in our community. He still loves playing tennis and has won many tournaments throughout California.   Collins has the distinction of being “the winningest Black Coach” on the ATP Tour with over 15 titles.

Maurice Hunter has been a true inspiration. Starting off as a young boy with a vision to play tennis in Detroit, he fulfilled that dream and went on to travel the world as a professional tennis player.  After injuries brought an end to his career, he began to impact the lives of at high-risk youth.  Hunter became the Tennis Coordinator by the County of Los Angeles

Recreation Department where he created the countywide tennis program, the Youth and Celebrity Tennis Classic, at the Home Depot Center in Carson. In January 2017, after a 30-year hiatus from tennis competition, Hunter entered the Senior World Championships in Rancho Mirage. He defeated the Number One Senior Player in the United States. Hunter went on to win five straight consecutive matches defeating every seeded player he faced in straight sets until losing in the finals to the #2 seed, last year’s runner-up of the tournament. After all these years, Hunter is still a champion. 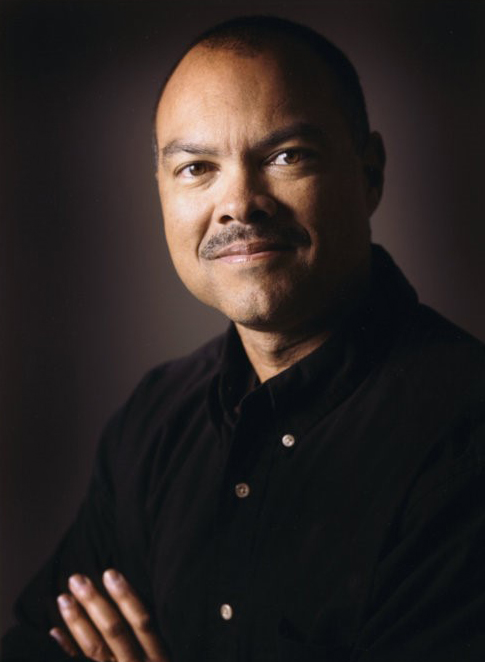 Jerome Jones’ journey in the world of tennis began at ten years old. After excelling in the Junior Nationals, he went on to play in professional tournaments including Wimbledon and the U.S. Open. He later headed the Safe Passage Foundations for his late, great friend, Arthur Ashe. Then he became one of the founders of the USTA’s “Tennis on Campus” program, which today represents over 45,000 students from 700 colleges and universities.  Jones has also had a remarkable career in sales working for Prince and currently HEAD/Penn as one of the few African Americans in sales leadership. 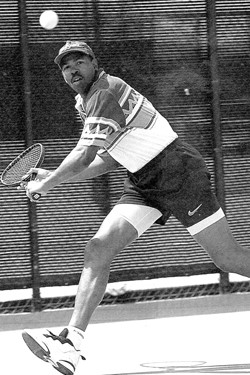 Warrick “Rick” Jones was introduced to tennis at age eleven in Cleveland, Ohio. He excelled and took to the sport quickly, competing successfully in USTA tournaments. He reached the finals of the Ohio State High School Championships. Jones had the honor of being selected to be a ball boy for the US Davis Cup squad on four separate occasions. After graduating from Long Beach State, Jones competed in professional satellite tour events, becoming a winner at the American Tennis Association (ATA) Championships twice. Jones enlisted in the US Army in 1984 where he became a three-time Army Tennis Team member and won the Armed Forces Tennis Championships three times (one singles and two doubles crowns). On the national stage, Jones has won five USTA National Championships—the National Hard Court Men’s 40 and 45 singles, the National Indoor Men’s 45 singles and doubles, and the National Grass Court Men’s 50s doubles. He was also selected to compete on the USA National Dubler Cup Team (M45). 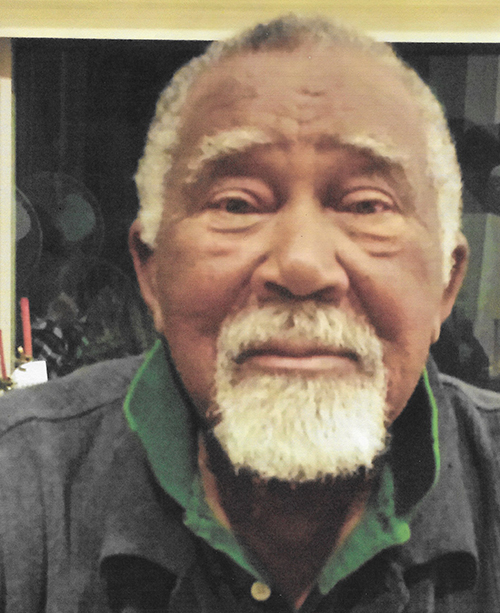 Hollis Smith dreamed of playing tennis when he was a boy growing up in Trenton, Tennessee. He later attended Tennessee State University where he earned a Bachelor of Science Degree in Electrical Engineering. He moved to Southern California where he finally got involved in tennis in the park, while working in the electronics and aerospace Industries. During the early sixties Hollis became an outstanding leader and executive for Public Park Tennis Development for the City and County of Los Angeles. Through Smith’s leadership the city and county tennis programs represented the greatest cultural exchange in Southern California. In 1983 the Municipal Advisory Board recognized his contributions to the Los Angeles Tennis Association. In 2006 the USTA and the Tennis In the Park Committee presented Smith with the Lifetime Achievement Award. In appreciation for his many contributions, in 2010 the award became known as the Hollis and Jean Smith Lifetime Achievement Award.

Henry Brandon participated on two NCAA national champion tennis teams and is a former professional tennis player. He graduated with a Bachelor of Arts from Stanford University and received his Master in Business Administration from the UCLA Anderson School of Management. Brandon is married with two children.

The tax-deductible tickets are $45 for adults and children under 12 are half price. There are three methods for purchasing tickets:  You can go directly to the website https://tinyurl.com/ATATEAM 2017, contact Marty Woods at (714) 299-7806 or by emailing PBSF2009@aol.com. Proceeds from this event will go towards the fundraising effort to send twelve junior teen players to the ATA tournament this summer.