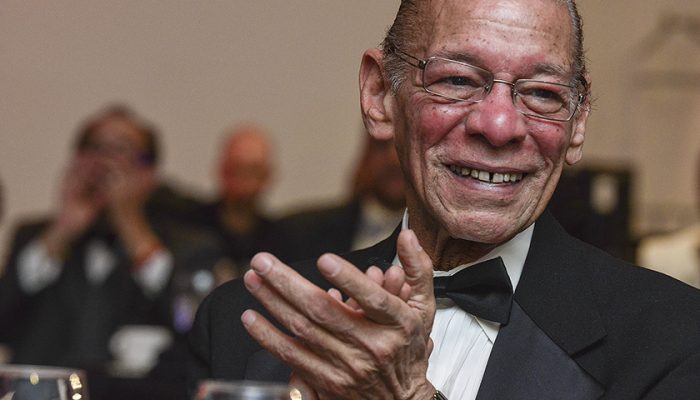 For 50 years, Rod Doss has remained dedicated to the New Pittsburgh Courier and his success has been among the more celebrated of Black Press publishers.

“There is no greater honor than to be recognized by your peers,” said Doss.

Doss was joined on the podium at the ceremony by his sister, Marilyn Harvey, who he called his biggest booster and biggest fan.

“His integrity as a journalist is impeccable,” said Leavell. “He’s contributed a lot and he’s really deserving of this honor. [Rod Doss] put the ‘I’ in the word ‘integrity.’”

Chavis said that Doss not only continues to manifest a distinguished career as a publisher of a Black-owned newspaper in America, but also that his work ethic embodies the high standards of journalism; Chavis added that Doss is committed to freedom, justice and equality for all humanity.

Robert W. Bogle, the chairman, president and CEO of “The Philadelphia Tribune,” agreed.

“He worked his way up and made a real difference,” Bogle said. “He’s provided leadership to the New Pittsburgh Courier that’s led to the success of the newspaper.”

Doss joined the Courier in 1967 as an advertising sales representative. He climbed the ladder at the paper for years and, in 1983, he began running the publication as vice president and general manager.

In 1997, after the death of legendary publisher and Doss mentor John H. Sengstacke, Doss was named editor and publisher.

Under Doss’ leadership, the New Pittsburgh Courier has earned more than 100 NNPA Merit Awards, including the coveted John B. Russwurm Trophy and A. Philip Randolph Messenger Award. 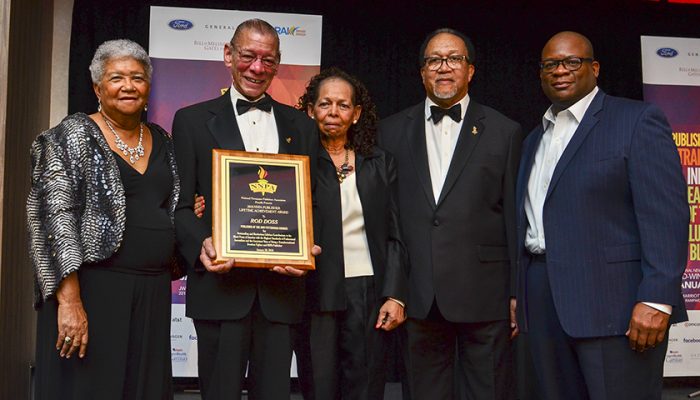 Doss continued: “I was so pleased with that, that I shared it and passed it along and today I have a staff of people who are the most stable in the entire organization. They lift me up and I lift them up. They celebrate me and I celebrate them.”

“Right here, attending many informative sessions, year after year, and receiving invaluable training, meeting people and learning from established professionals all of the ins and outs,” he said.

Along with receiving many accolades, Doss is known for giving his time through serving on numerous boards and by participating in community events.

He currently serves as chairman of the Rivers Club Board of Governors, a position he’s held for just over one year.

Doss credited much of his success to his own father, Eli Doss, and John H. Sengstacke, the famed publisher and civil rights activist.

“There were a couple of people in my life who really made a difference,” he said, remembering Sengstacke as a “walking legend in the publishing industry,” and his father as the person who taught him how to be a man.

Doss continued: “I can say that I am my father’s son.” 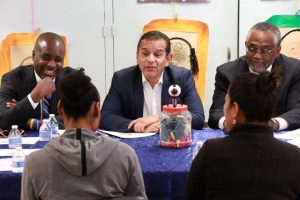