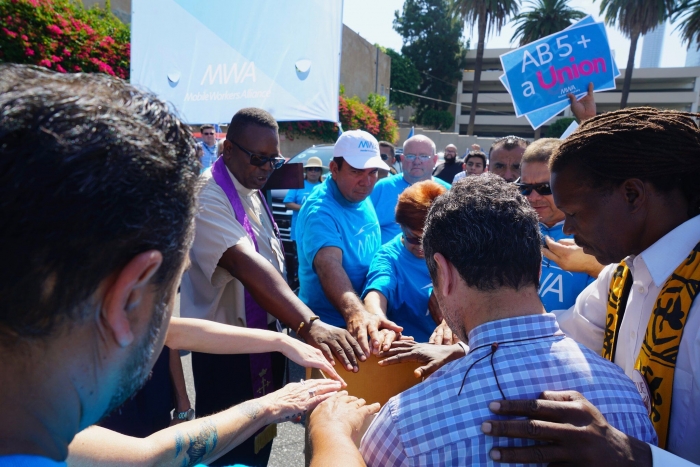 Over 100 Uber and Lyft drivers formed a caravan on August 25, embarking on a three day trip to Sacramento in support of AB5, a bill that would redefine independent contractor status in California.  Members of two unions, the Mobile Workers Alliance and Gig Workers Rising, joined the drivers; the group also stopping to rally at Uber headquarters in San Francisco and returning home on August 28. Along the way, said organizers, drivers paid tribute to the United Farm Workers in Delano, “staged a rally at the Fresno Chamber of Commerce, shut down Market Street outside of Uber HQ in downtown San Francisco, blockaded capitol streets, and participated in a first-of-its-kind statewide driver congress with drivers from Los Angeles, the Bay Area, and Sacramento.”

“When we met with the drivers from the Bay and heard their stories, we saw ourselves in them,” MWA member Leonardo Diaz said. “Everywhere it’s lower rates, longer hours, fear of being deactivated for no reason.”

Supporters of AB5 argue that companies like Uber and Lyft are making hundreds of millions of dollars while subjecting people who work for them to a slave wage situation. The bill would ensure, they said, that those who are deemed independent contractors without a truly sustainable business exchange between them and a company can be properly classified as employees.

“Currently, independent Uber and Lyft drivers are absolutely unprotected – and all the while, they’re taking on all the costs of doing business for Uber and Lyft,” explained SEIU union representative Roxanne Marquez in a statement released to the Sentinel.

“They currently have zero recourse when it comes to unemployment insurance, basic workplace protections, payroll taxes and even minimum wage standards. That’s what AB 5 will change. It is outrageous and unacceptable in this day and age that companies like Uber and Lyft are worth hundreds of millions of dollars while their employees simultaneously report that they are working well more than a full, eight-hour day yet still taking home less than minimum wage.

“Uber and Lyft have created a scenario where the company assumes all the benefits while the workers take on all the costs. It’s unacceptable. It’s emblematic of the race-to-the-bottom mentality that eventually will leave all workers unprotected. And the Mobility Workers’ Alliance is determined to change it – for the better.”

“We’re ready and prepared to take this fight for our employee and union rights to every part of California,” said Lyft driver Mike Robinson. “We know in our hearts, and because of our faith, that history is on our side and that the larger public will join our cause.” 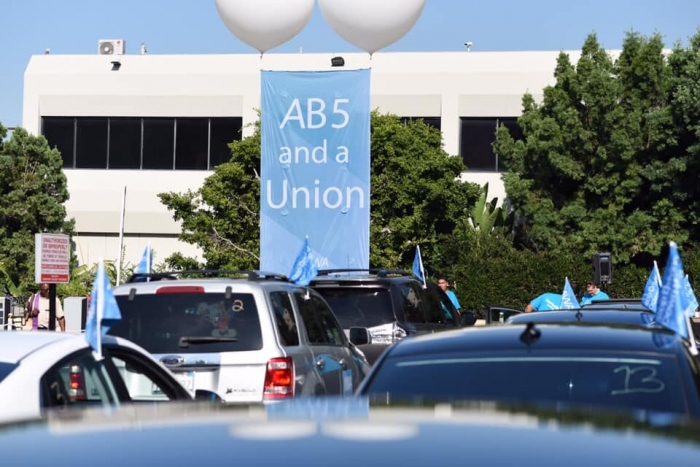 Meanwhile, those who oppose AB5 are experiencing mounting anxiety over the bill, they say, will negate the benefits of being in an independent contractor situation.

“Right now, it’s just me and Uber,” said a driver who did not want to be named.

“You get other people involved in that and it’s just not worth it. Over what? So, now you get Uber to pay $30.00 an hour, the government’s going to come and take a third of that.

“The whole point is, I don’t want to work for anyone else. I’d rather work double hard and be left alone to do my own thing…”

In what is now known as the “Dynamex” decision made last year, the California Supreme Court ruled that, to be a true independent contractor, workers must be “free from the control and the direction of the hirer,” performing work outside the company, and doing independent work in that trade.

Drivers in that situation maintained that the company Dynamex followed no such protocol.  Meanwhile, Assembly Bill 5, which is predicted to reach the governor’s desk in the fall, would force gig companies to correctly classify drivers as employees. The bill has been met with open resistance by Uber and Lyft, as well as the California Chamber of Commerce, supporters said. 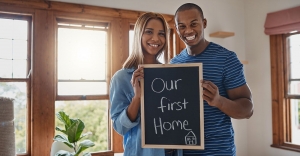 NAREB Urges Black Americans Not to Defer Their Dream of Homeownership 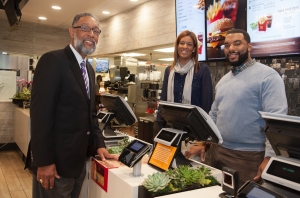