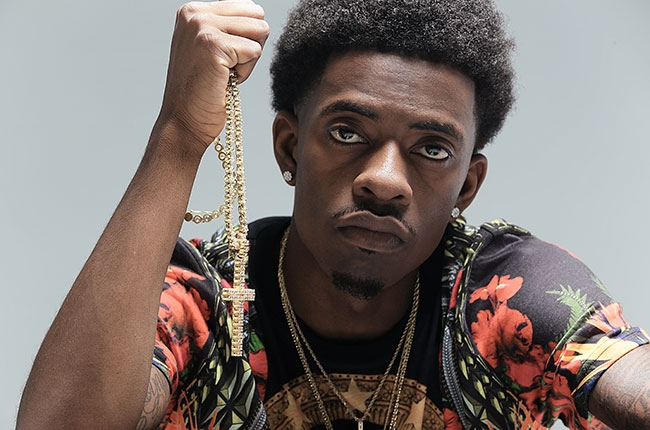 Think It’s A Game Records’ Rich Homie Quan’s irresistible smash “Flex (Ooh, Ooh, Ooh)” distributed by Empire Distribution, claims its independence in the number 1 slot over the July 4th holiday weekend as the most played song on urban radio. Think It’s A Game Records and Rich Homie Quan are the 1st independent artist and independent record label to achieve the #1 urban radio slot since DJ Unk’s “Walk It Out” on Big Oomp/Koch on November 11, 2006 according to Mediabase, a music industry service that monitors radio station airplay in 180 US and Canadian markets since 1985. “Flex” is currently #9 on the US digital single sales chart according to Nielsen SoundScan an information and sales tracking system of music and music video products throughout the United States and Canada.

Video, social and streaming sites have shown major support for Rich Homie Quan scoring #5 at Vevo; over 1.2M followers on Instagram; streaming more than 600,000 daily streams of “Flex” at Pandora, Top 15 on Shazam, and holding court on Spotify’s “Most Necessary” playlist where Quan released his Summer sampler on May 19th and also garnered a feature on Jay Z’s Tidal Summer playlist.

The Atlanta based rapper concluded a round of west coast interviews last week in Los Angeles when he dropped by the BET Awards radio room, KKRL and completed extensive on-camera filming with Music Choice, a media partner for Quan’s upcoming fall release. He then headed to Silicon Valley and was welcomed by Pandora, YouTube, Facebook, InstaGram, Twitter/Vine, Soundcloud and KMEL for an on-air interview before returning home. “I’ve got nothing but love for all the fans, media outlets and supporters who helped take “Flex” to the top”.

“Flex” has been picked up by the Washington Post, GQ Magazine and also as a 2015 NFL draft pick walk up song by Cameron Irving of the Cleveland Browns resulting in the rapid break out of “Flex (Ooh, Ooh, Ooh)” back in April. Prepping for a European debut, Quan recently completed his first BBC Radio One1 interview.

Referred by Complex Magazine as “2015 the Year of Rich Homie Quan”, in June XXL.com said that “Rich Homie Quan’s “Flex” Dance Is Taking Over Vine” as fans continue to upload their dances. Rich Homie Quan is now in full gear for his debut album release and tour slated for fall 2015.