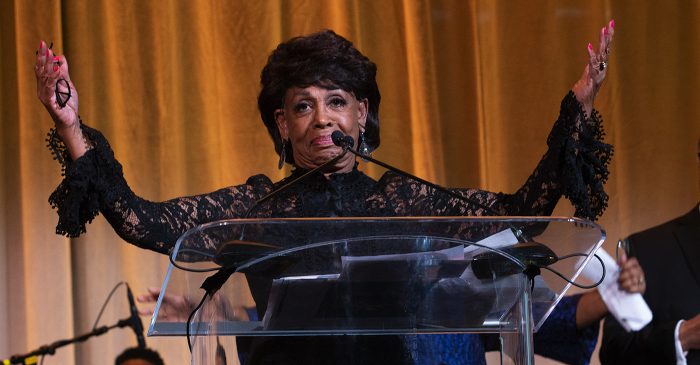 “Lies, lies, and more despicable lies. I am utterly disgusted by the spread of the completely false, absurd, and dangerous lies and conspiracy theories that are being peddled by ultra-right-wing pundits, outlets, and websites who are promoting a fraudulent claim that a member of my staff was responsible for the release of the personal information of Members of the United States Senate on Wikipedia. This unfounded allegation is completely false and an absolute lie,” wrote veteran Congresswoman Maxine Waters in a relatively rare weekend press release.

The September 29 statement was a hot reaction to the unsubstantiated accusation that a member of Rep. Waters’ staff revealed the personal information, including cell phone numbers, of three Republican members of the Senate Judiciary Committee in the wake of the controversial and emotional testimony of Dr. Christine Blasey Ford and Judge Brett Kavanaugh on September 27.

In a practice known as “doxxing,” the Wikipedia pages of Republican Senators Lindsey Graham (R-SC), Mike Lee (R-UT) and Orrin G. Hatch (R-UT) were altered to reveal their personal information on Thursday, September 27, the same day as the hearing on the Senate side of Capitol Hill. The hearing was watched widely as the political base of both the right and the left took sides for and against Kavanaugh, President Trump’s second nominee to the U.S. Supreme Court.

Waters’ statement was not subtle.

“The United States Capitol Police and our internal IT specialist have determined that the IP address in question does not belong to my office or anyone on my staff. The member of my staff – whose identity, personal information, and safety have been compromised as a result of these fraudulent and false allegations – was in no way responsible for the leak of this information. My office has alerted the appropriate authorities and law enforcement entities of these fraudulent claims. We will ensure that the perpetrators will be revealed, and that they will be held legally liable for all of their actions that are destructive and dangerous to any and all members of my staff,” Waters continued.

Waters has frequently been the target of critical comments from President Trump.

Rep. Waters is in her 14th term in the U.S. House and would likely become Chair of the House Financial Services Committee should Democrats take control of the House. Waters represents parts of Los Angeles California. Election Day is on November 6. The new